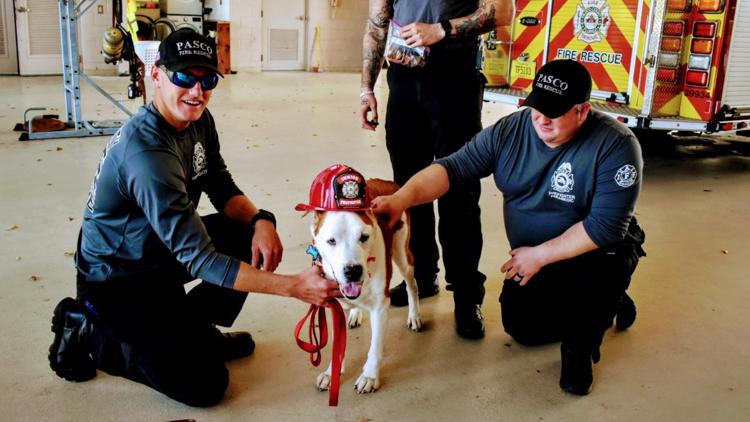 Shelter dog with cancer becomes honorary firefighter for one day

PASCO COUNTY, Fla. — A Pasco County shelter dog is making the most of his last days.

Oswald the Great is suffering from cancer and was given 3-months to live, but he isn't letting the ruff news hold him back.

He and his foster parent made a bucket list to make his final days special. One thing Oswald can now cross of that list is becoming an honorary firefighter.

He reported for duty at Pasco County Fire Rescue Station 16 in Zephyrhills this week to join his crew for the day.

Looks like Oswald made a good impression. The fire department shared their appreciation for him on Facebook saying: "We love you, Oswald the great!"