The plastic that was wrapped around the animal appeared to be ribbon from a balloon. 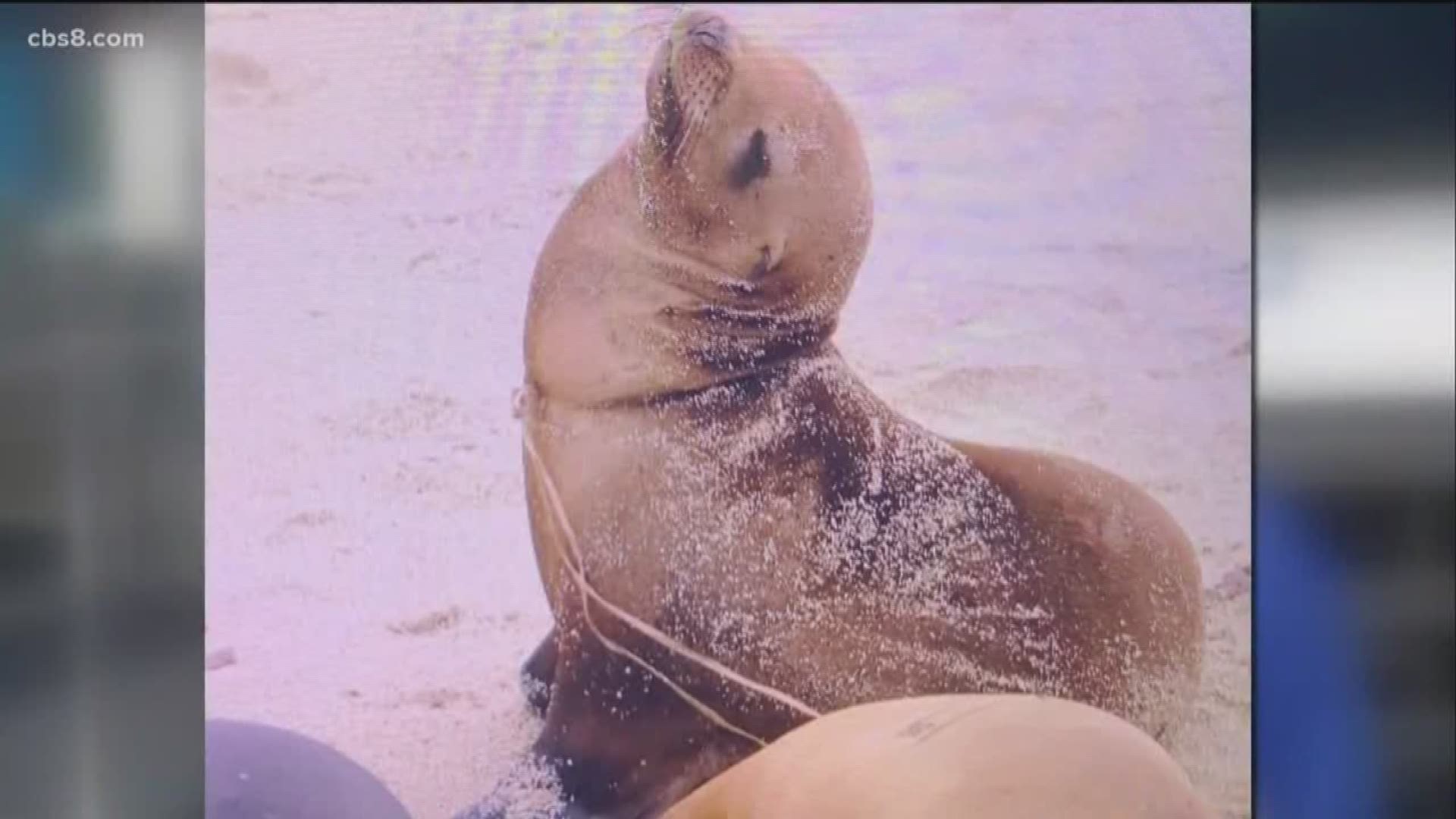 SeaWorld San Diego celebrated World Ocean’s Day on Saturday by coming to the rescue of an entangled California sea lion on a beach in La Jolla. SeaWorld was able to successfully free the animal from a piece of plastic which appeared to be a ribbon from a balloon.

The team assessed the animal and because it had good body weight and body condition, they opted to release it rather than bringing it back to the park’s Animal Health and Rescue Center. The male sea lion who appeared to be between two and three years old quickly made its way back into the ocean.

SeaWorld says the rescue is something to celebrate, but it is also a reminder that we need to take care of our oceans, making sure that balloons, plastics and other harmful debris don’t end up in water ways where they can have dire effects on marine life. Just this week, SeaWorld parks reached a milestone in its 55-year history, with 35,000 animal rescues and counting.