Puppies dumped on Highway 99 will soon be available for adoption

The newborn puppies dumped from a car Thursday are being bottle-fed at the Harris County Animal Shelter. 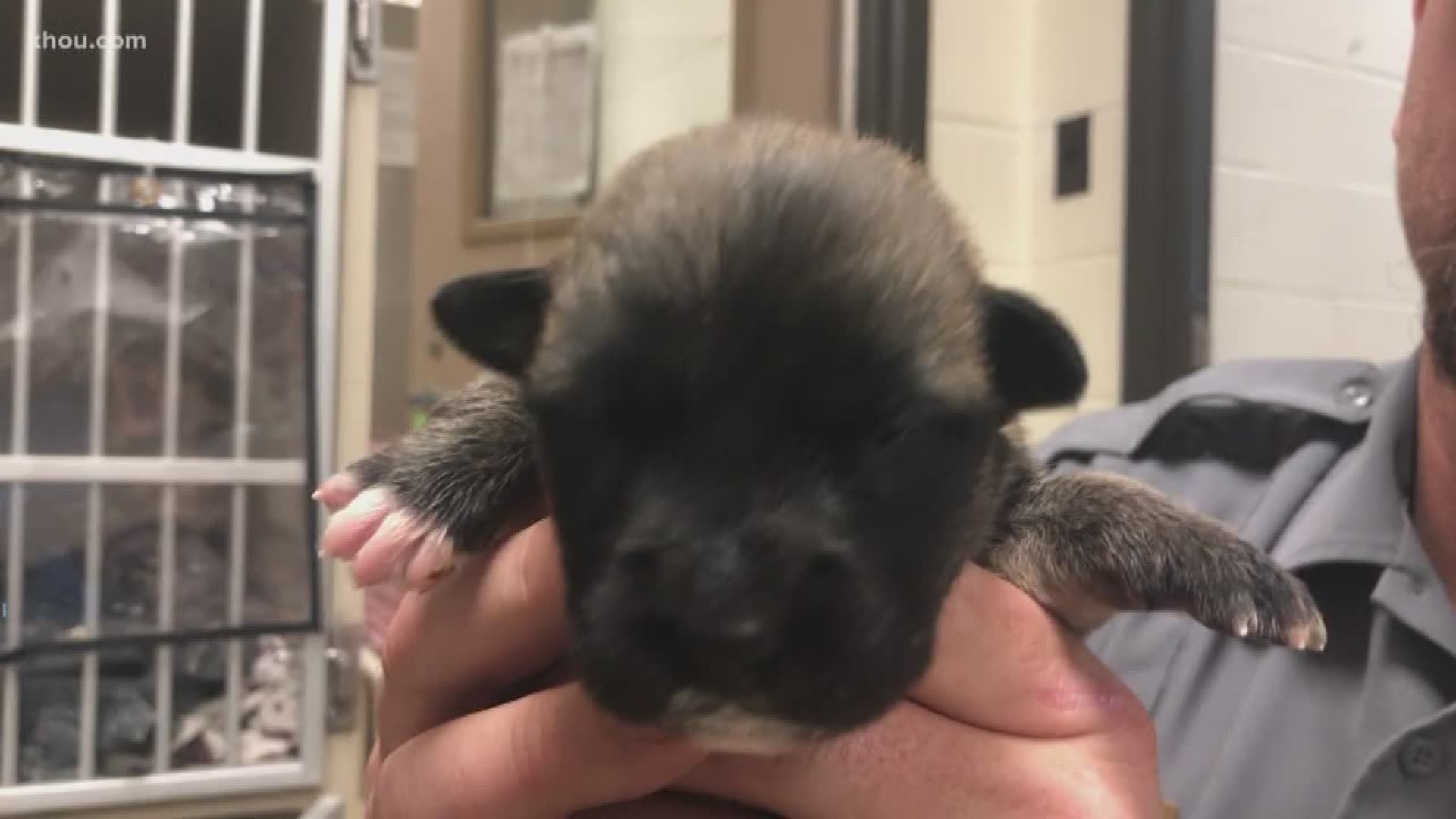 The newborn puppies found dumped near Highway 99 in Cypress Thursday are getting plenty of TLC at the Harris County Animal Shelter.

Employees are bottle-feeding the seven hungry little puppies that haven't even opened their eyes yet.

They will be available for adoption later this month.

He's the one who found the puppies Thursday after a good Samaritan called police and reported seeing someone toss them out of a car on Old Mueschke Road.

The shivering pups were still in a black bag when Allan got there.

"And you see a little black bag in the distance and you hope that's not it," Allan said. "Then, second thought is you hope they're alive."

One of the eight puppies didn't survive.

If investigators find the person who dumped them, they will be charged with animal cruelty.

If you witness animal abandonment, please file a cruelty report by calling 832-927-PAWS or visit 927PAWS.org. You’re encouraged to give video and photo documentation if possible. 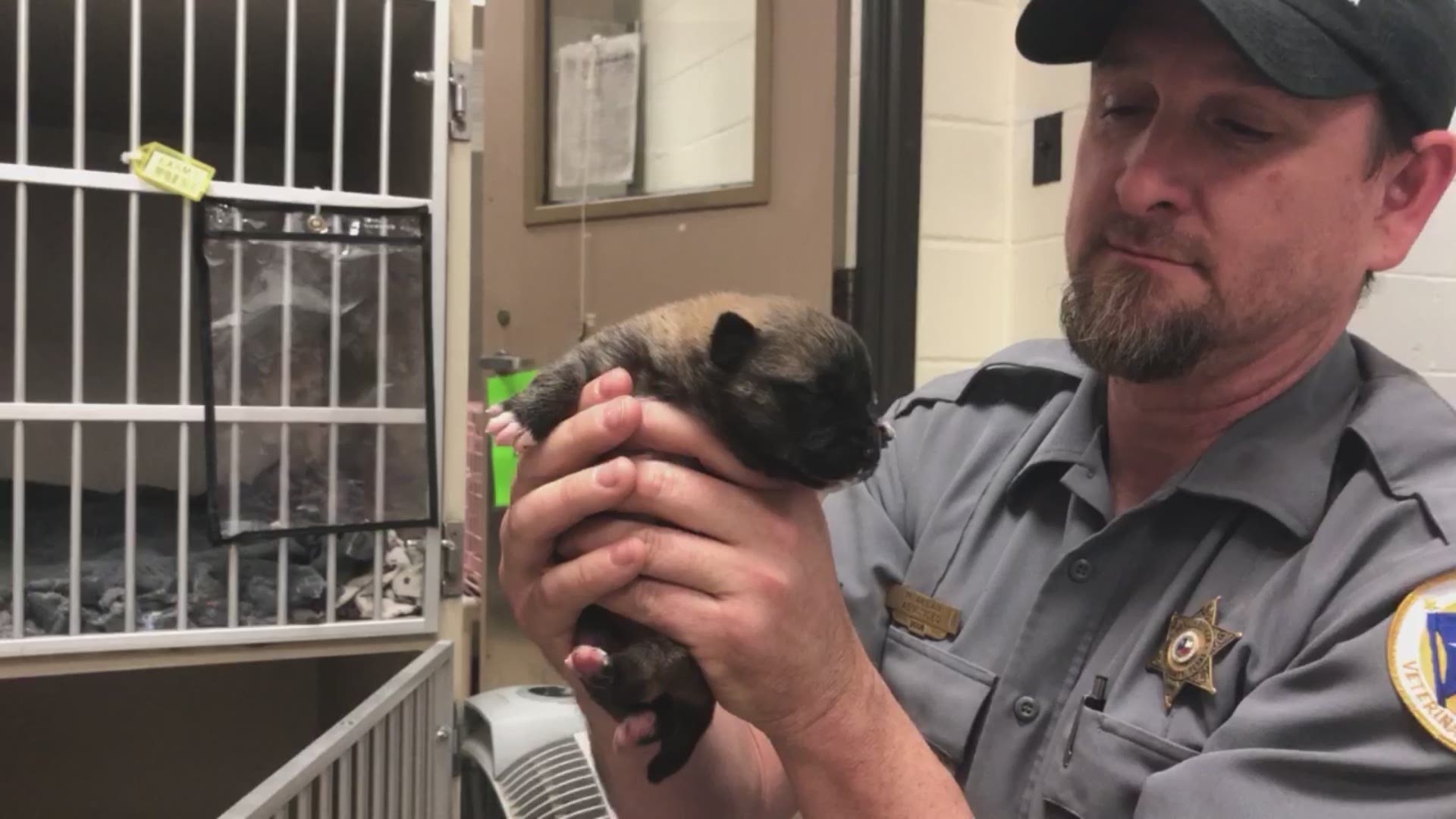 RELATED: Bag of puppies tossed out of car along Highway 99