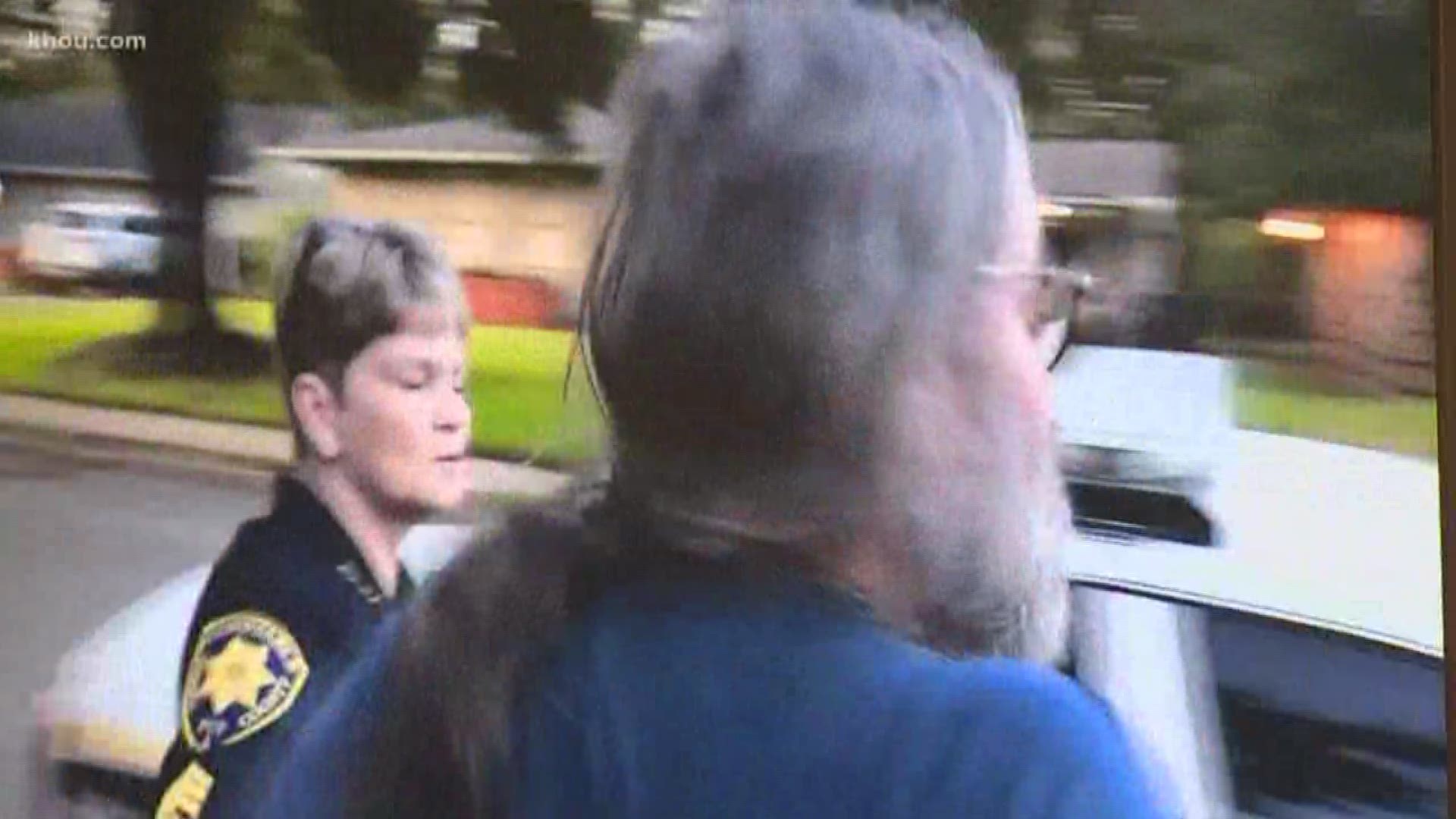 HARRIS COUNTY, Texas — A Harris County man whose 230 animals were living in "deplorable conditions" was arrested Saturday, according to Precinct One Constable Alan Rosen's Office.

Edmond Megdal and a dozen other people were arrested on animal cruelty charges as part of "Operation: Don't Be Cruel."

The constable's office said investigators have been working with Megdal since March to try to get him to improve living conditions and his care of more than 200 animals. Rosen said the animals' care did not improve and they were found living in deplorable conditions without access to water. The animals included birds, turtles, mice, rabbits and bearded dragons.

Johanna Marie Williams was also arrested on an outstanding animal cruelty charge. In February, Precinct One investigators and the Houston SPCA discovered an emaciated dog at her residence. The dog was in such poor condition that a veterinarian gave it a body condition score of .5 on a scale of 0-9. (Zero is the worst condition, 9 the best.)

In an earlier case involving "Operation: Don't Be Cruel" investigators, 25-year-old Tony Carodine was seen slamming a dog to the ground on more than one occasion, according to Rosen. Video showed Carodine grabbing the dog by the throat and punching it, according to Precinct 1. A veterinarian with the Houston SPCA said the dog had an older fracture to its right hind leg, a possible newer hairline fracture to its left hind leg, bruising to its face and a broken left lower canine tooth. Carodine denied any abuse.

"Operation: Don’t Be Cruel” began months ago and has resulted in prior arrests, as well.

Most of those arrested face Class A misdemeanor animal cruelty charges, punishable by up to a year in jail and a fine of $4,000 if convicted.