Where's the Santa Fe monkey? Prime -- or primate -- suspect still out there. Or is it?

It doesn't help that the suspect description has changed from monkey to chimp and back to monkey. "I mean, it could be a raccoon standing on two legs. I don’t know.” 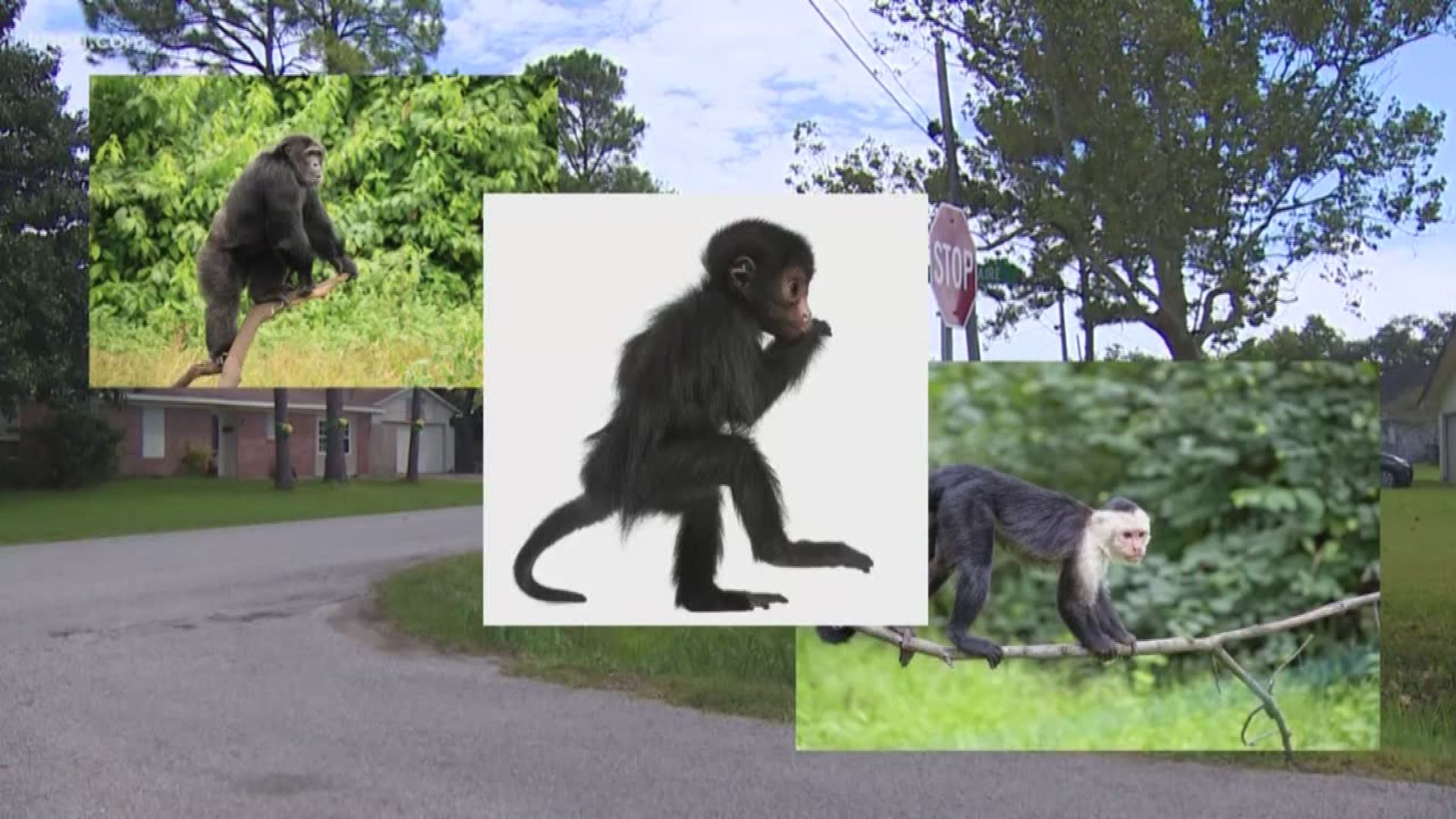 Description: Chimpanzee or Capuchin monkey or spider monkey, or some other primate or raccoon; not real sure at this point

It's day three of the search for a primate on the loose in Santa Fe. The mystery of the mean monkey -- or possibly cheeky chimpanzee -- has garnered national attention. Even the New York Times wrote about it.

And the wild story about the primate puzzle is the talk of the town for the small city, about 35 miles south of Houston.

"I mean, aside from the “great peacock escape of 2016, I don’t think Santa Fe has dealt with a search on such a national stage," said Sarah Haywood, the director for Bayou Animal Services.

And in the 25 years that Jacqueline Nance has lived in Santa Fe, she's never heard of a primate within the city limits.

But rumors of a chimpanzee on the loose have her changing up her daily walks with her dog.

In an exclusive interview with KHOU 11, De La Mora says a thunderstorm woke up her in the middle of the night Monday.

She looked out the window to see the rain.

"Like a person. It was big," said James De La Mora.

The couple said after they spotted the monkey, then saw people with large flashlights who, they believe, were looking for the animal. Police believe the monkey might have been kept as a pet and the owner is afraid to come forward.

It doesn't help that the suspect description has changed from monkey to chimp and back to monkey.

“We’ve talked to three people who seem like viable sources, that it could have happened,” Haywood said. “And it sounds like it was more of a smaller animal. So, maybe a capuchin or maybe a spider monkey. I mean, it could be a raccoon standing on two legs. I don’t know.”

Haywood and other residents are getting a kick out of the Santa Fe monkey parody accounts.

"Oh! They love him," Haywood said as she scrolled through the comments flooding social media. "They love Santa Fe Monkey. He was on the Rod Ryan Show this morning."

Bayou Animal Services is monitoring the comments to help control the hype.

"We are going to take it seriously. We are going to make sure that we do our due diligence. We have searched the area," said Haywood. "We still have people searching the area. And if we hear of another sighting we will go out and keep everybody updated."