Good Samaritans saw the skinny dog crossing a busy street in Spring so they picked him up and discovered he had a chip. 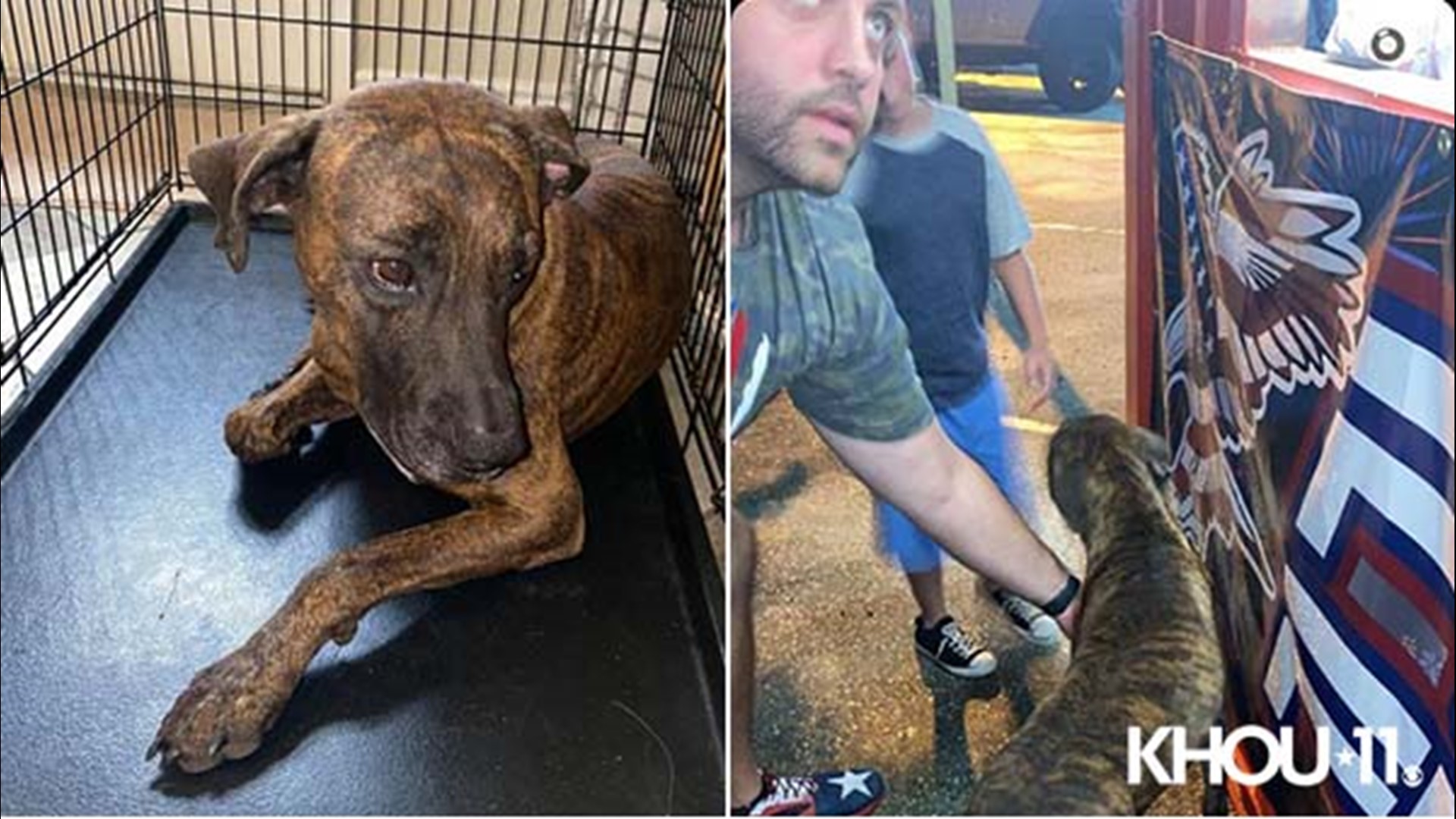 SPRING, Texas — A grateful dog named Taz is back with his family in Kingwood after a “ruff” seven months fighting for survival.

They were all reunited Monday thanks to some Good Samaritans in Spring.

James “Stormy” Miles, his son Mason and brother-in-law Justin Smith were at a fireworks stand in Spring when they saw Taz limping across a busy street.

They took Taz home, fed him, posted his photo on Facebook and then took him to a vet to be scanned. Turns out, the mixed breed dog had a chip and the owners had been looking for him since December 2020! They live about 20 miles from where Taz turned up in Spring.

Stormy returned the dog to the Wright family (aka the right family) on Monday.

“Wow, he looks so different. Wow! I wonder where this dog has been,” Lance Wright said.

He said Taz is missing part of one paw and half of an ear and he’s lost about 15 pounds. He was being treated at a veterinary hospital Tuesday but Wright thinks he’ll be okay.

The Kingwood dad believes Taz was stolen because some tree workers across the street were playing with him and when the crew left, they realized the dog was gone too. From his condition, it looks like Taz has been on his own for a long time.

“He seems pretty emotionally traumatized, sadly,” Wright told KHOU 11. “But we are hopeful he will get his happy personality back soon now that he’s home.”

Wright’s sons, Lance Jr. and Sawyer, really missed their buddy and were thrilled to get him back.

The heartbroken family spent months looking for him with flyers and posts on social media. They eventually gave up and even had a funeral for Taz.

Wright said they were finally ready to get another dog, so they adopted a puppy last week and named it Bailey. He said Taz and Bailey are getting along well.

Once Taz gets home from the hospital, he’ll have a new little friend waiting to play, along with lots of tender loving care from his forever family.