'Heartbroken' : Linda McIngvale shares more on the surrender of India the tiger

Linda McIngvale, who helped arrange the transfer, says she met alleged tiger owner Victor Cuevas, at the West Houston club she owns with her husband, Jim. 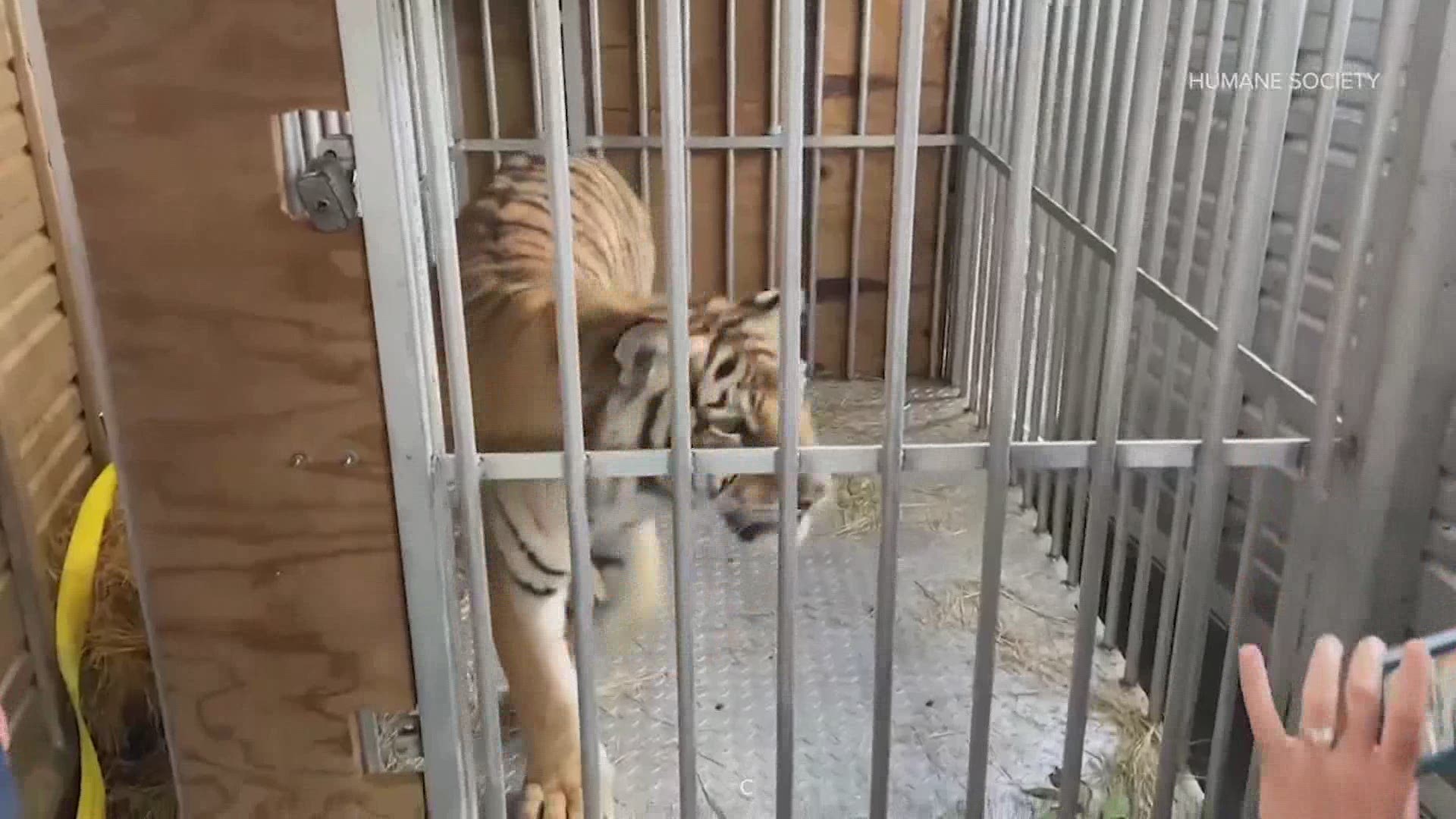 HOUSTON — New details are emerging about how India the tiger was safely handed over to Houston’s animal control over the weekend.

McIngvale says Cuevas and his wife, Georgie, also known as "Gia," came as guests of a former member a couple times within the last year.

The athletic club also has exotic animals. McIngvale even gave the Cuevas’ a pair of Capuchin monkeys she was trying to find homes for.

McIngvale says when BARC Animal Shelter and Adoption Center officials learned about the Capuchins on May 10, one day into the search for India, a manager reached out.

McIngvale says on Wednesday or Thursday night, that BARC manager contacted her again about the tiger.

“(He) said, you know, ‘Do you think there’s any way you can reach out to (Victor and Georgie Cuevas) and see if they would talk to you and whether they would do that?’” recalls McIngvale. “So, I tried by text, and it was a very short conversation. And then, they basically said you know, ‘We don’t know where the cat’s at.”

On Saturday, McIngvale says Georgie reached out and said she found India and could have someone drop the tiger off. However, she wanted promises India would be okay.

McIngvale says she arranged for BARC to be on standby and was at Club Westside Saturday around 7 p.m. for the handover.

Georgie Cuevas also went to BARC that night with India.

McIngvale says Georgie Cuevas didn’t say anything about the tiger’s whereabouts, and she didn’t ask.

Georgie Cuevas is not currently facing any charges related to the tiger incident.

As of Monday evening, Victor was still in the Fort Bend County Jail on an unrelated murder charge from 2017.