Life Flight nurses and paramedics have been training with veterinarians on emergency animal care. 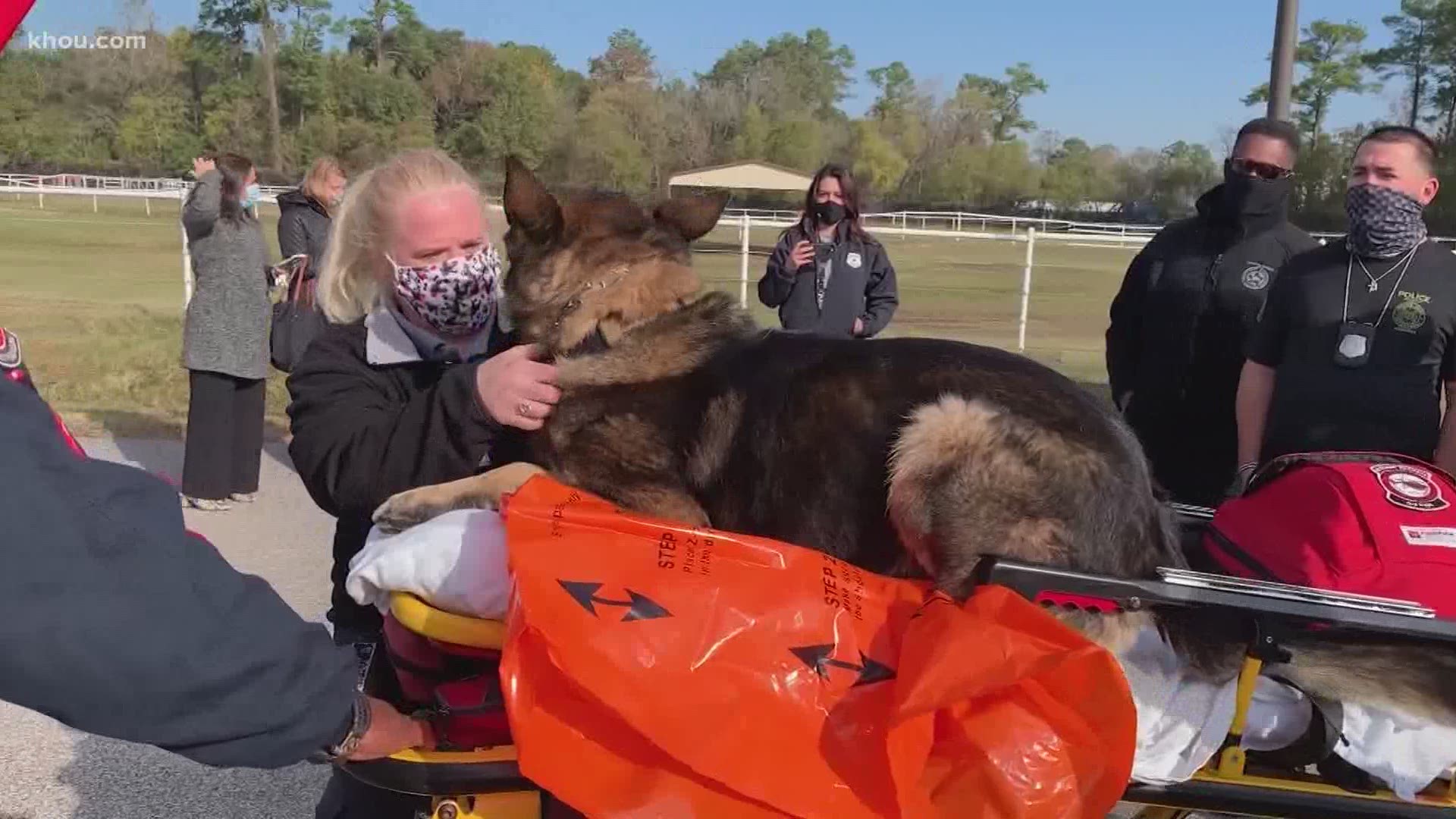 HOUSTON — K-9 officers are on the front lines every day protecting Houstonians.

They often face the same dangers as their human counterparts. In fact, 20 K-9 officers have died across the U.S. this year.

Now, Memorial Hermann’s Life Flight has launched a new program to help save these servants when they’re injured in the line of duty.

It’s the first of its kind in the country.

HPD Officer Kristin Uhlin’s longtime partner Sita played a key role in getting the program off the ground.

“She was the test pilot for the program and first dog to fly on a Life Flight helicopter,” Uhlin said.

Sita rode the chopper working with 42 Life Flight nurses and paramedics as they trained with veterinarians on emergency animal care.

Injured animals will be muzzled and fly with their handlers to help maintain safety on the helicopter. They’ll then be flown to the appropriate vet center.

A trained police K-9 starts at about $20,000, but that is just the beginning of its value.

“The dog relies on you. You rely on the dog to save your life and the lives of the other people,” Uhlin said.

Sita has since died and Uhlin has a new K-9 partner. But as Life Flight’s first test pilot dog, Sita will never be forgotten.