Children who say they took New Caney dog along with their mother outside of restaurant say they thought it was abandoned. 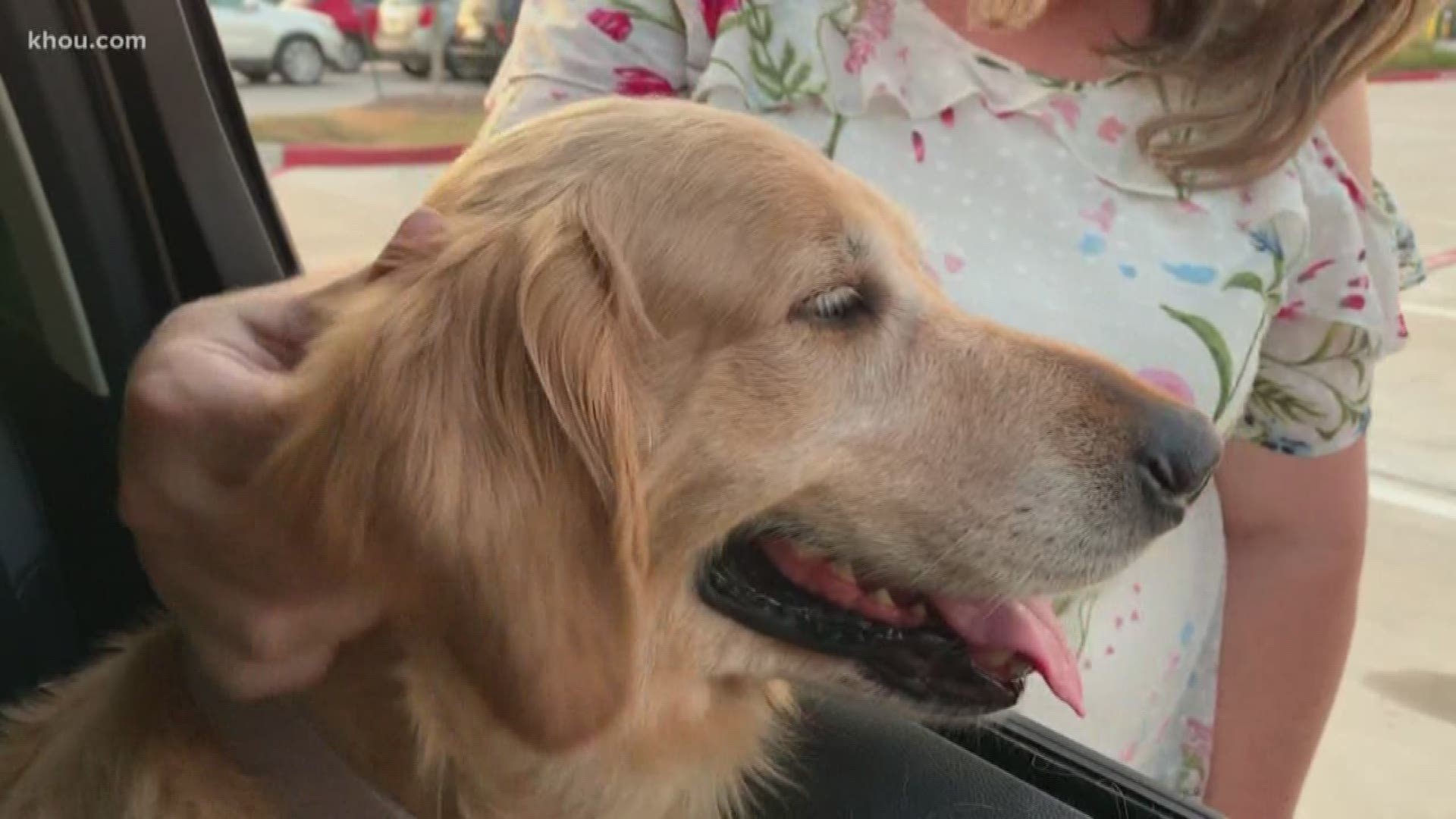 NEW CANEY, Texas — We’ve gotten a lot of reaction to the story of a golden retriever taken from outside of a New Caney restaurant on Sunday.

The KHOU 11 crew did some digging and managed to find the dog Tuesday night.

RELATED: Owner to be reunited with dog taken from restaurant parking lot

Lucy was turned over to her owners, but the case is still under investigation by the Montgomery County Sheriff's Office.

KHOU 11 went back to the home where Lucy was found to see why the people there say they took the dog.

It turns out two children were inside the truck when Lucy was taken.

“She was looking confused," said a 13-year-old boy. "She was like with her mouth open and a lot of saliva coming out of her mouth, so we thought oh, she’s super thirsty.”

The boy and his 12-year-old sister are not charged with any crimes. They were with their mom at the time who told KHOU 11 off camera her kids encouraged her to take the dog home.

Lucy’s owner said he tied the dog to a tree in the shade and left her a bowl of water while he and his family were inside eating. He said it was still early in the day and not too hot and that he didn’t think anything about it.When he walked outside, Lucy was nowhere to be found.

Two kids and their mom are asking for the owner's pardon. They say it was all just a very big mistake.

"We’re so sorry if you guys thought that we stole it," the boy said. "We didn’t do it for bad intentions we did it for a good cause, because we thought it was abandoned.”