Residents wanted farm animals, so they decided to go with chickens. And their names: Dorothy, Sophia, Blanche and Rose. 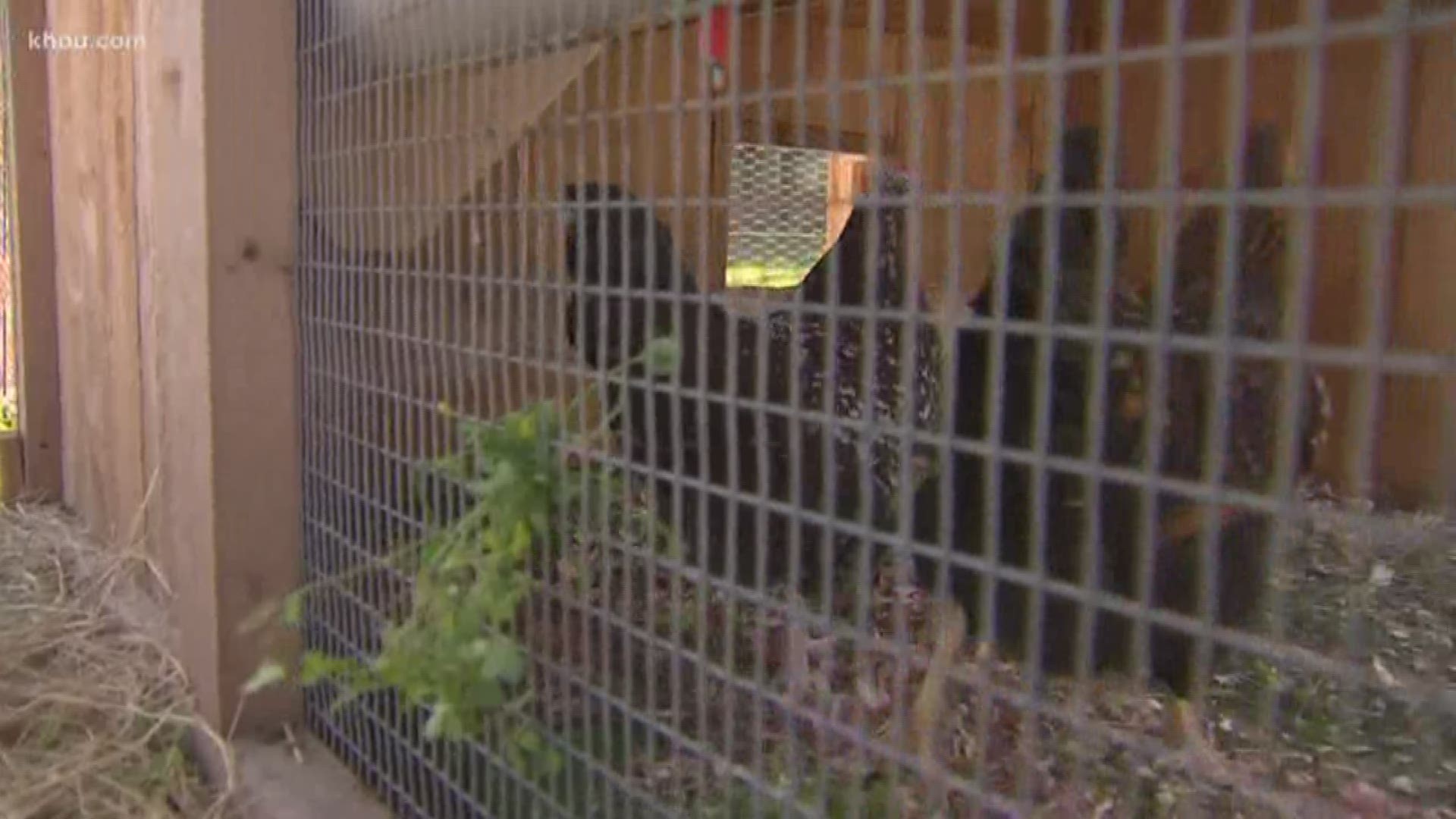 She’s not into ruffling feathers.

“I love these chickens,” Mary said. “I bring them grass. And they eat it. But not today. Evidently, they're not hungry.”

A fabulous foursome of chickens is now taking shelter at the Brookdale Senior Living Community in the Heights.

Residents there wanted farm animals, so they decided to go with chickens. And their names: Dorothy, Sophia, Blanche and Rose.

You might recognize the names from the Golden Girls.

“They all have their own little personalities,” said Brookdale executive director Steffany German, who is also a former zookeeper.

She knows the hens can be life-changing. German said brings back some of the memories connecting the elderly to their youth.

“We have some memory care residents,” German said. “They can’t speak anymore, so sometimes just being able to pet the chickens is very soothing for them.”

Mary said they hold the chickens all the time.

The coop motivates residents to go outside, allowing for peak interaction. All of the eggs are donated to local food banks.

“It gives them a chance to give back to the community and we all like to have that sense of purpose,” German said.

And in case you were wondering, yes, they have permission to live inside the loop.

Residents voted on the names… and Brookdale is now working to make them certified therapy pets.

So the golden girls can take their show on the road.

And get this — these gals could go down in history by performing enough tricks in a minute to land them a spot in the world record book.

“Hopefully we can expand to a cow in the future,” German said.