The fire started out as a small trash fire in a homeowner's backyard, officials said. 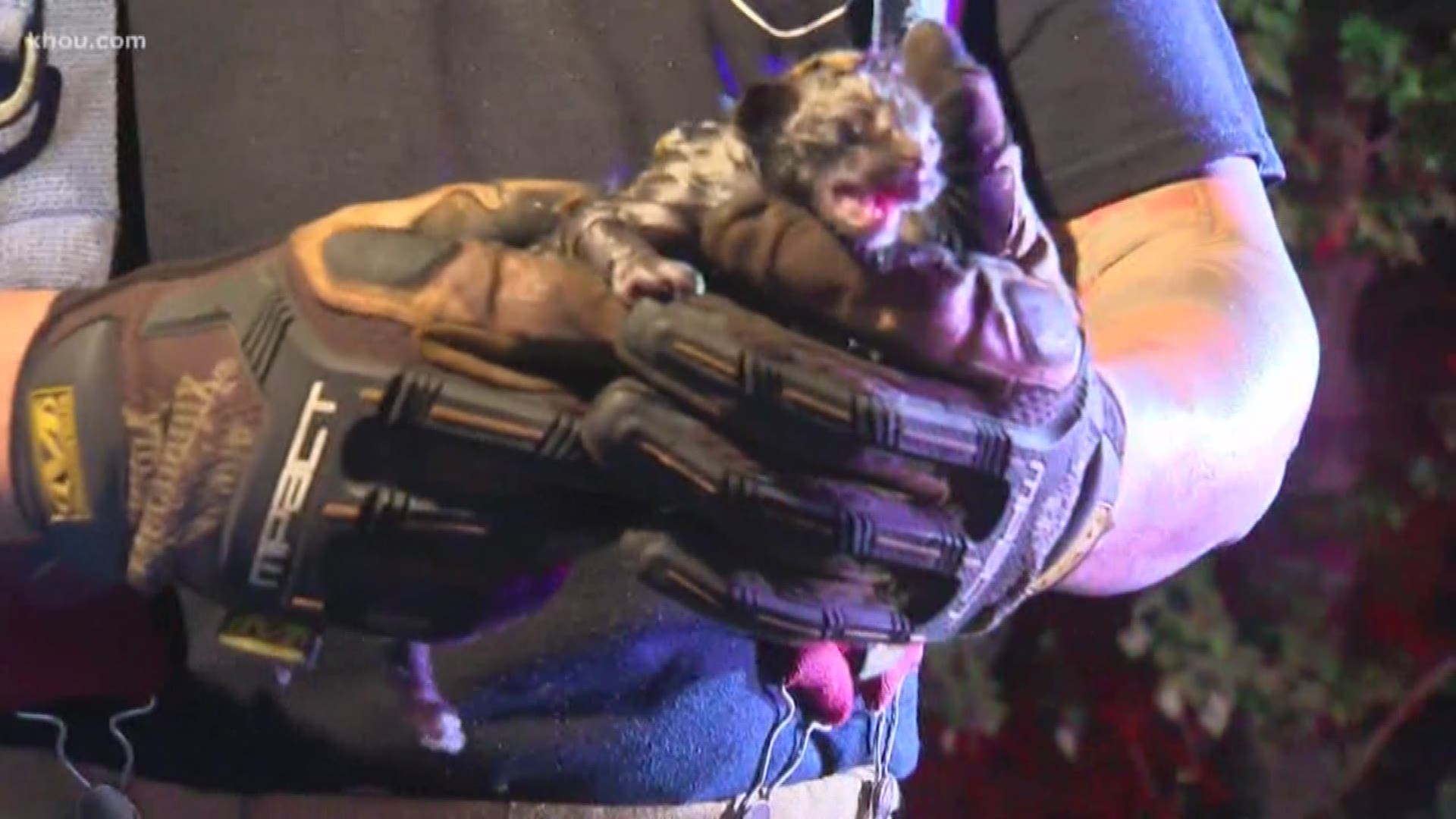 The fire started around 11:30 p.m. as a trash fire in the backyard of a home at Chrisman Road and Lauder Road near Aldine.

The department says the fire was accidental and the homeowner tried to put it out but it got out of control.

It took about 30 minutes for firefighters to extinguish the fire.

One firefighter was seen on the scene holding a tiny kitten that was covered in soot.

He tried to clean it off with a cup of water as it squirmed and squealed in his hand.

The kitten was not injured and is expected to be OK, said Deputy Chief Victor Vasquez.

The homeowner was taken into custody but it's unclear why at this time.

No damage or injuries were reported.