Valentine's Day is the perfect time to introduce this little sweetheart. 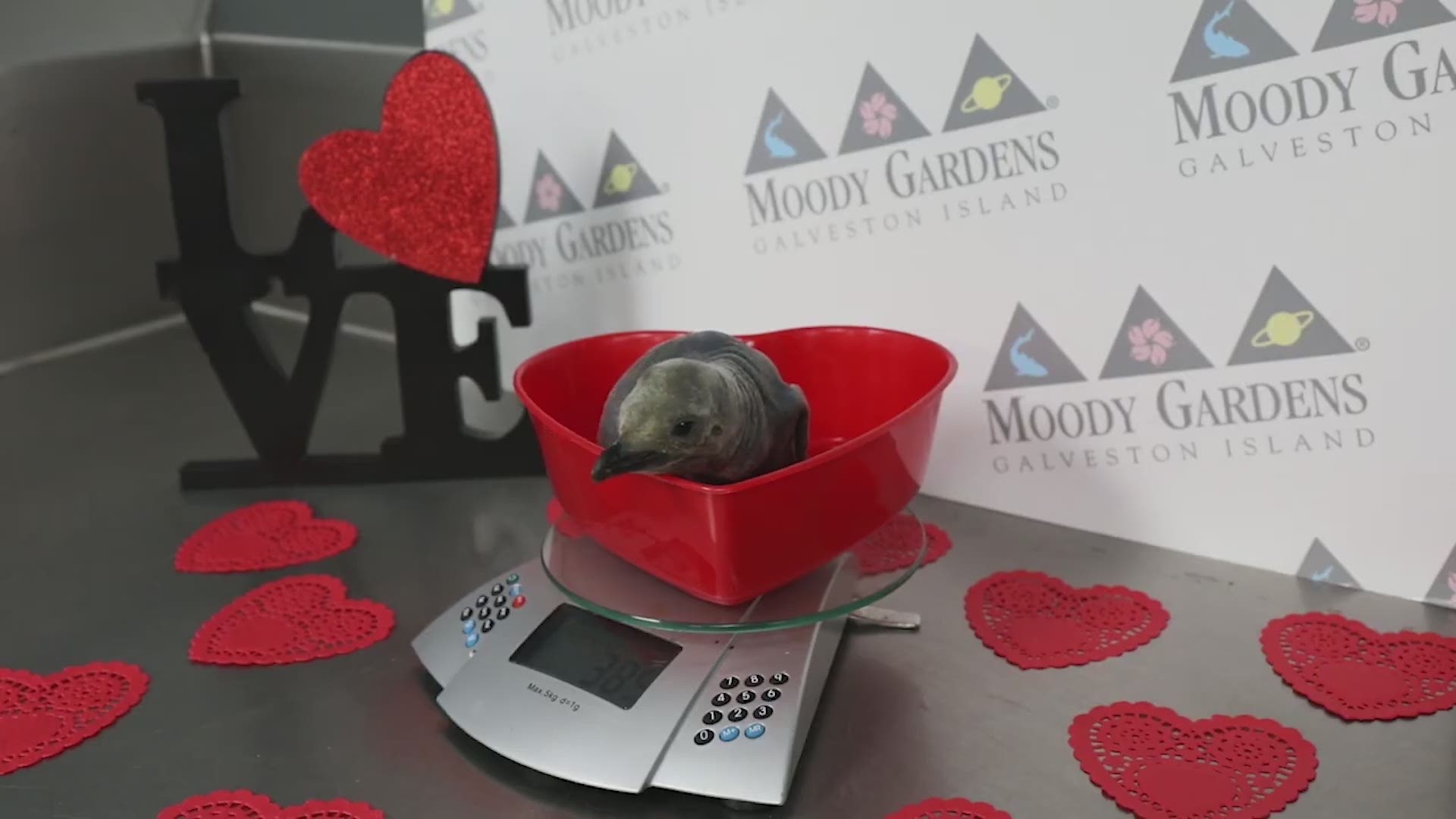 GALVESTON, Texas — A couple of lovebirds at Moody Gardens in Galveston are celebrating Valentine’s Day with the birth of their little sweetheart.

“Our staff is thrilled to start February with a new penguin chick, and it makes Valentine’s Day that much more special,” said Moody Gardens Assistant Curator Diane Olsen.

A couple of cranky male penguins got a little territorial in the exhibit, so the family was moved to a temporary setting until the new chick is old enough to take care of itself.

King penguins are a perfect example of teamwork in parenthood.

The courtship begins when the male shows off his fabulous physique to impress the female.  If she’s into it, they will call and “parade” with each other to set the mood.

Then it’s time for a little Netflix and chill, aka mating.\

King penguins incubate the eggs on their feet, so no nest is needed. Once an egg is laid, the male and female take turns incubating it while the other heads out to hunt.

When the chick hatches, both parents keep it warm and feed it.

King penguins are monogamous, choosing only one mate each season, according to oceanwide-expeditions.com. Unlike other species of penguin,  most will find a new mate the following season.

The baby daddy, Professor, is a native of South Georgia Island in the Atlantic Ocean. He was hatched aboard a Russian research vessel after the Moody Gardens staff returned from an expedition there to collect penguin eggs in 1998.

“Every chick that is hatched at Moody Gardens adds to the sustainability of penguins in zoo and aquariums all over the world,” said Olsen, adding that increasing the number of King penguins in the Moody Gardens’ collection helps to increase breeding success and genetic diversity in the future.