Baby dolphin treated for shark bites, other injuries in Galveston

Workers and volunteers at TMMSN are treating his wounds and bottle-feeding him a special dolphin formula every few hours. 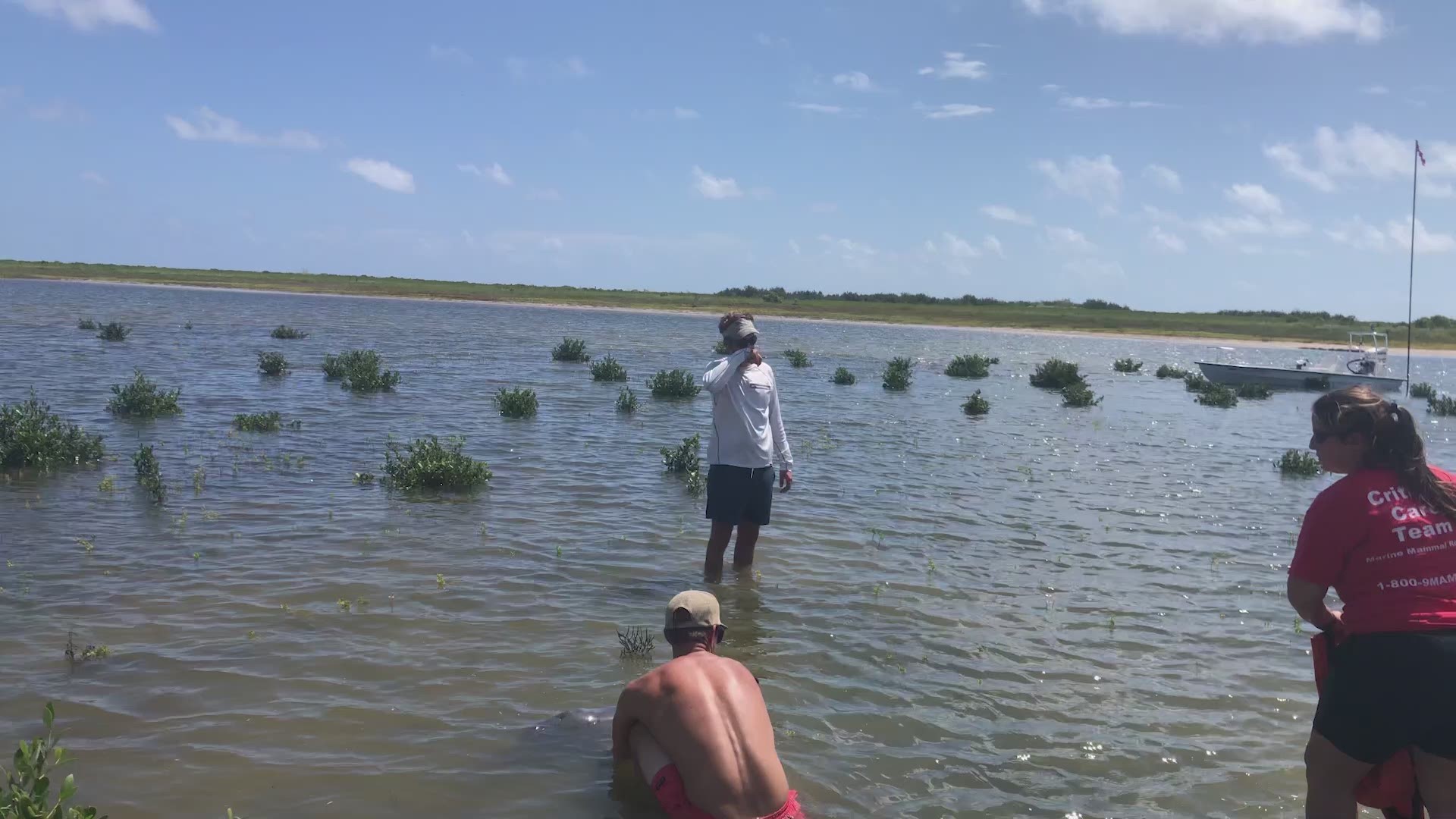 GALVESTON, Texas — A baby dolphin is being nursed back to health at a marine mammal rehab center in Galveston.

A fisherman found the male bottlenose dolphin injured and stranded Sunday in the shallow bays of Port O’Connor.

Experts with the Texas Marine Mammal Stranding Network rushed to the scene. The TMMSN Critical Care Team found a charter boat, operated by Captain Will Granberry, to take them across the mangroves to where the dolphin was stranded.

They loaded the little guy onto the boat and then into their dolphin ambulance to drive it to their rehab center in Galveston.

They named the dolphin “Baby Russ” after the kind fisherman who stayed in the water for hours providing first aid care for the dolphin until the TMMSN team arrived.

Baby Russ, believed to be about six months old, began swimming on his own at the rehab center. Workers and volunteers are bottle-feeding him a special dolphin formula every few hours.

“He is underweight and has likely been separated from his mom and unable to eat for some time,” TMMSN said in a statement. “He has numerous wounds covering his body, some of which are shark bites.

1 / 5
TMMSN
A baby dolphin is being nursed back to health at the Texas Marine Mammal Stranding Network center in Galveston.

They’re treating his wounds and waiting for blood tests to learn more.

The TMMSN team of staff and volunteers is working with the dolphin 24 hours/day. TMMSN is a non-profit organization that has been conducting dolphin research and rehabilitation in Texas since 1980 and they rely on donations and trained volunteers to complete their work.

To donate towards this dolphins care and further research, please visit www.DolphinRescue.org or visit TMMSN on facebook.

If you find a stranded dolphin, do not push it back in to the water. They strand because they are injured or ill and need to be carefully examined and cared for.