The responses they received helped wildlife officials with a massive black market bust. 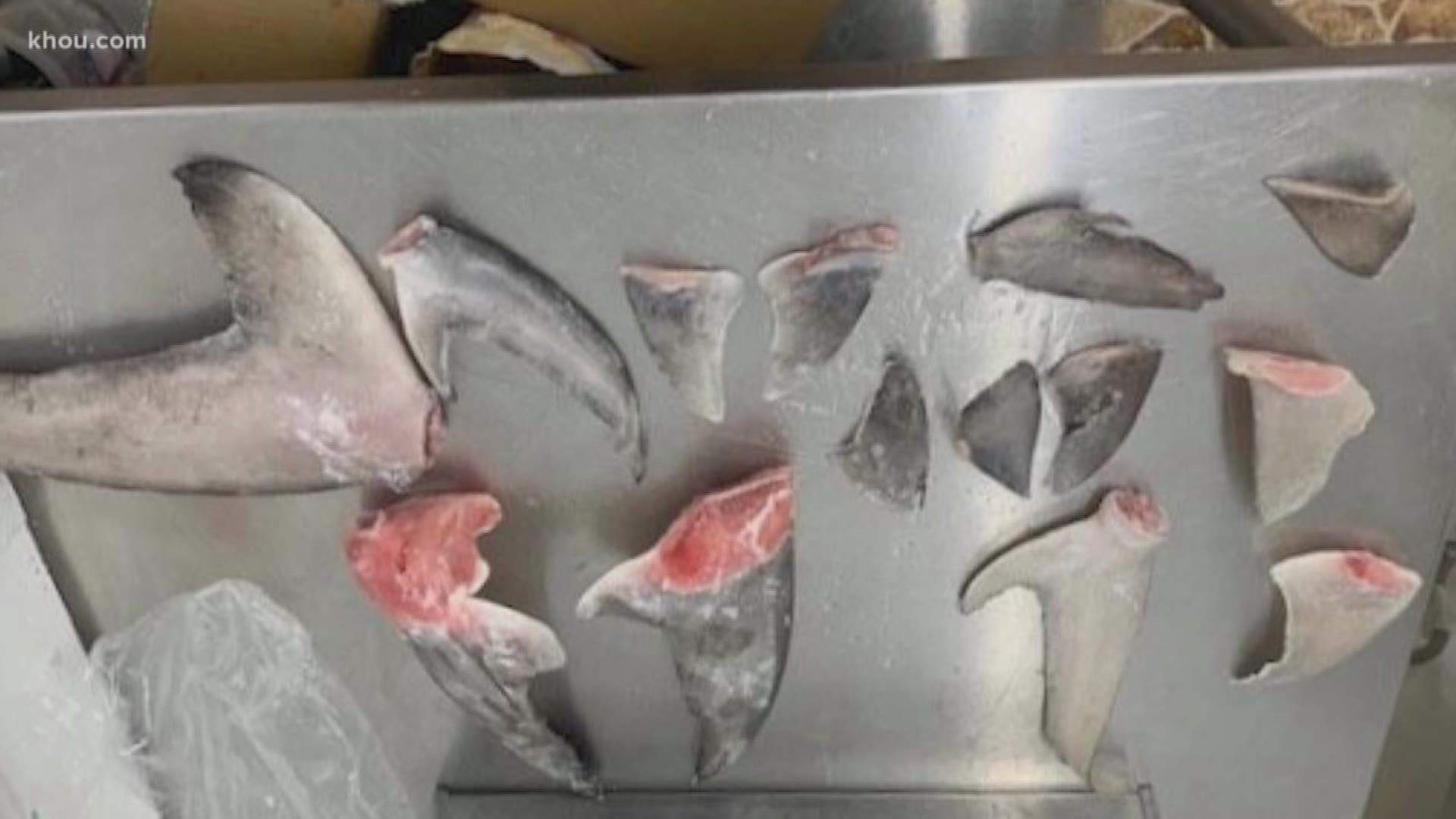 The advocates said they used that information and then tipped off Texas wildlife officials who made a massive bust that was announced Wednesday.

Several restaurants in Houston and Dallas have pending charges related to the bust, along with seafood operators in Seabrook where approximately 30,000 pounds of shark carcasses were found.

“We conduct online research, look at the restaurant’s official website, then we also call them and ask directly if they have shark fin soup or have shark fin dishes,” said the Animal Welfare Institute’s shark program director Liz Ruben. “We do have an intern currently who speaks Mandarin.”

Several restaurants told them they do serve shark fin soup, according to Ruben.

Then the organization tipped off authorities.

There are several Houston-area restaurants identified on the Animal Welfare Institute’s website as shark fin sellers.

The majority of them are located on Bellaire Boulevard.

Ruben said the East Asian delicacy shark fin soup has continued to be popular among some despite the fact that Texas banned its sale in 2016.

“There are 74 million sharks being finned alive for shark fin soup every year,” Ruben said. “Which is approximately 11,000 per hour.”

Texas Parks and Wildlife officials said they couldn't release the names of the individuals or restaurants allegedly caught selling shark fins until they are officially charged.