Don't worry, the animal was not harmed after its capture. 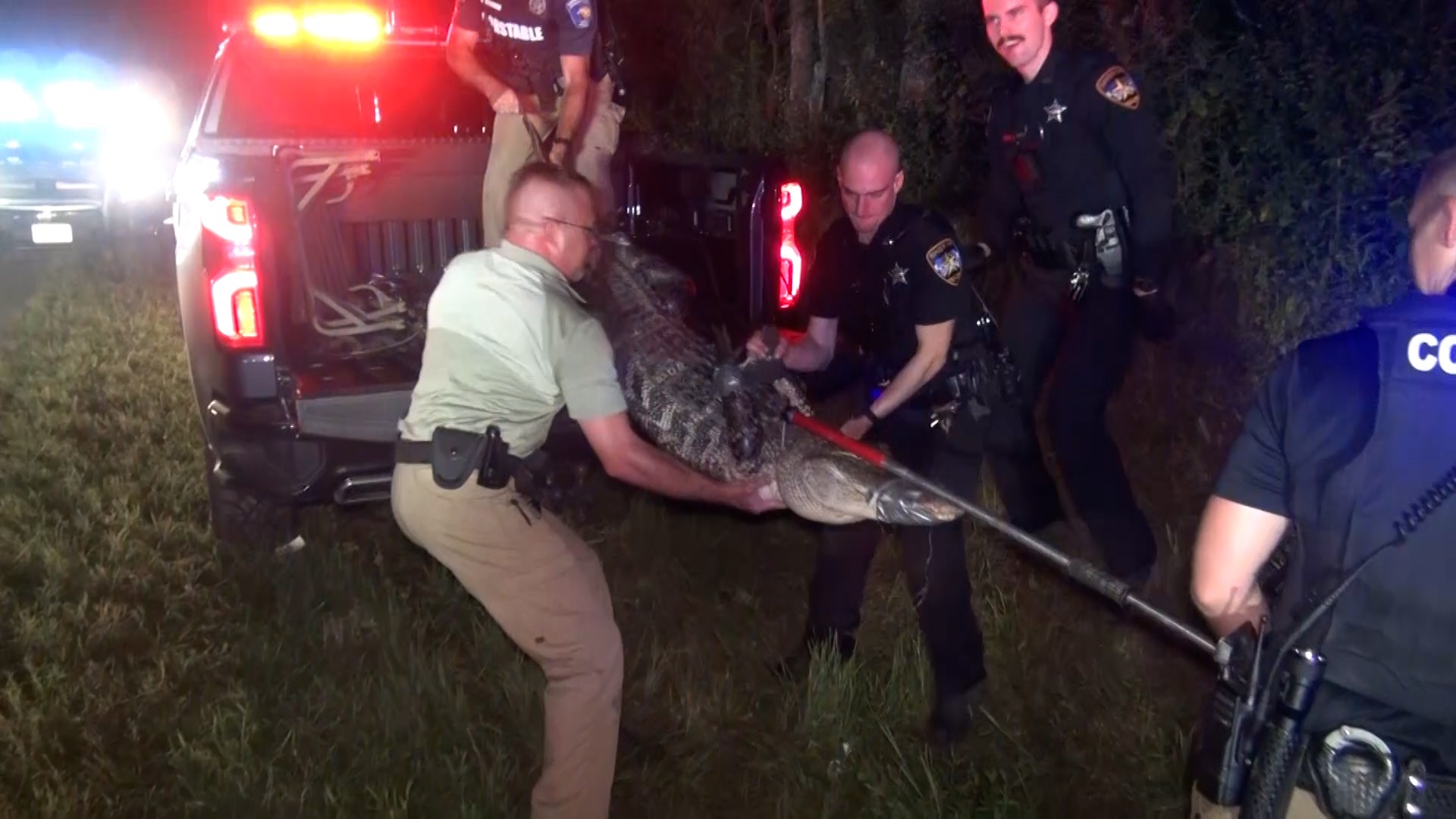 MONTGOMERY COUNTY, Texas — A 7-foot alligator has been relocated after nearly getting hit on a Montgomery County roadway, officials there say.

Note: the video in this story is a raw clip from the scene overnight

Deputies were first called to Cude Cemetery Road and FM 1097 in Willis where the alligator fled back into the woods. But deputies were again called back later when the gator was spotted in the road, which is not far from the Lewis Creek Reservoir.

A motorcyclist nearly hit the animal, but it was not hurt.

The second time around, a Texas Parks and Wildlife Game Warden was called to the scene to assist. Authorities were able to subdue the gator and restrain it, covering its eyes.

Deputies helped load the 300-pound gator in the back of the Game Warden's truck. They said the animal would be transported to the Wildlife Refuge in Anahuac. Smaller gators are sometimes relocated to the north side of Lake Conroe.