Wrangler made the trip from Houston to Spokane, Wash. on Valentine's Day. 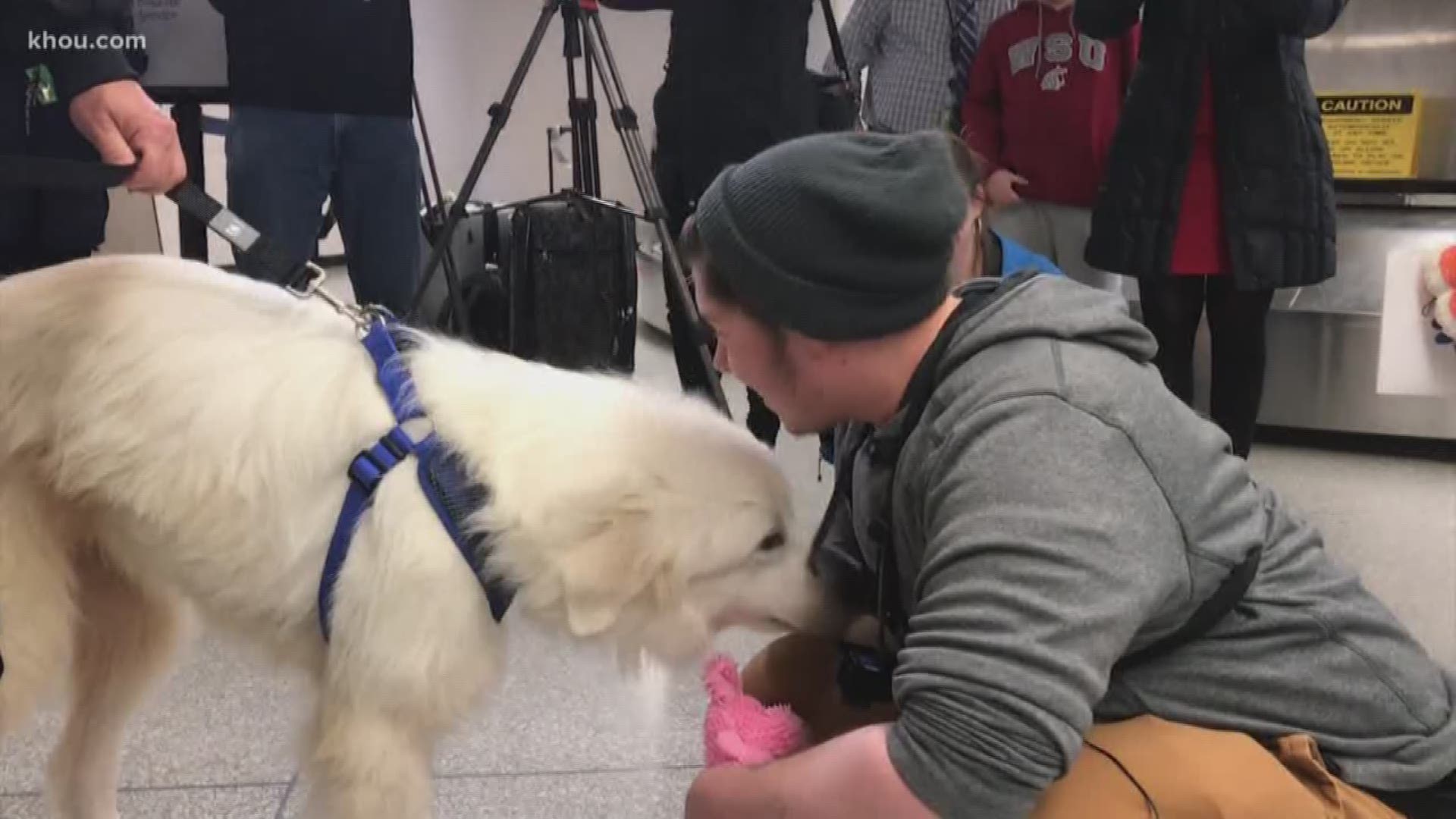 HOUSTON — A heartwarming reunion took place Friday for an airman and his dog, Wrangler.

Wrangler made the trip from Houston to Spokane, Wash. on Valentine's Day.

The dog was rescued from a hoarder's home in Montgomery County. He was then taken to the Houston SPCA and that's when vets discovered the dog was micro-chipped.

The microchip company was called and they were able to get in touch with the rightful owner: an airman who thought Wrangler was lost three years ago when he was still a puppy.

RELATED: Texas airman hadn't seen his dog in nearly 3 years, then it was found at an animal hoarder's house in Montgomery County

“Honestly, I was devastated because he was my only dog,” said USAF Airman First Class Ryland Brown. “I’d spent every waking moment with him before I left for basic, you know I had pictures of him in my locker at basic.”

Now the two are back together forever!