Jesse says he ditched his tools and escaped with the help of police. 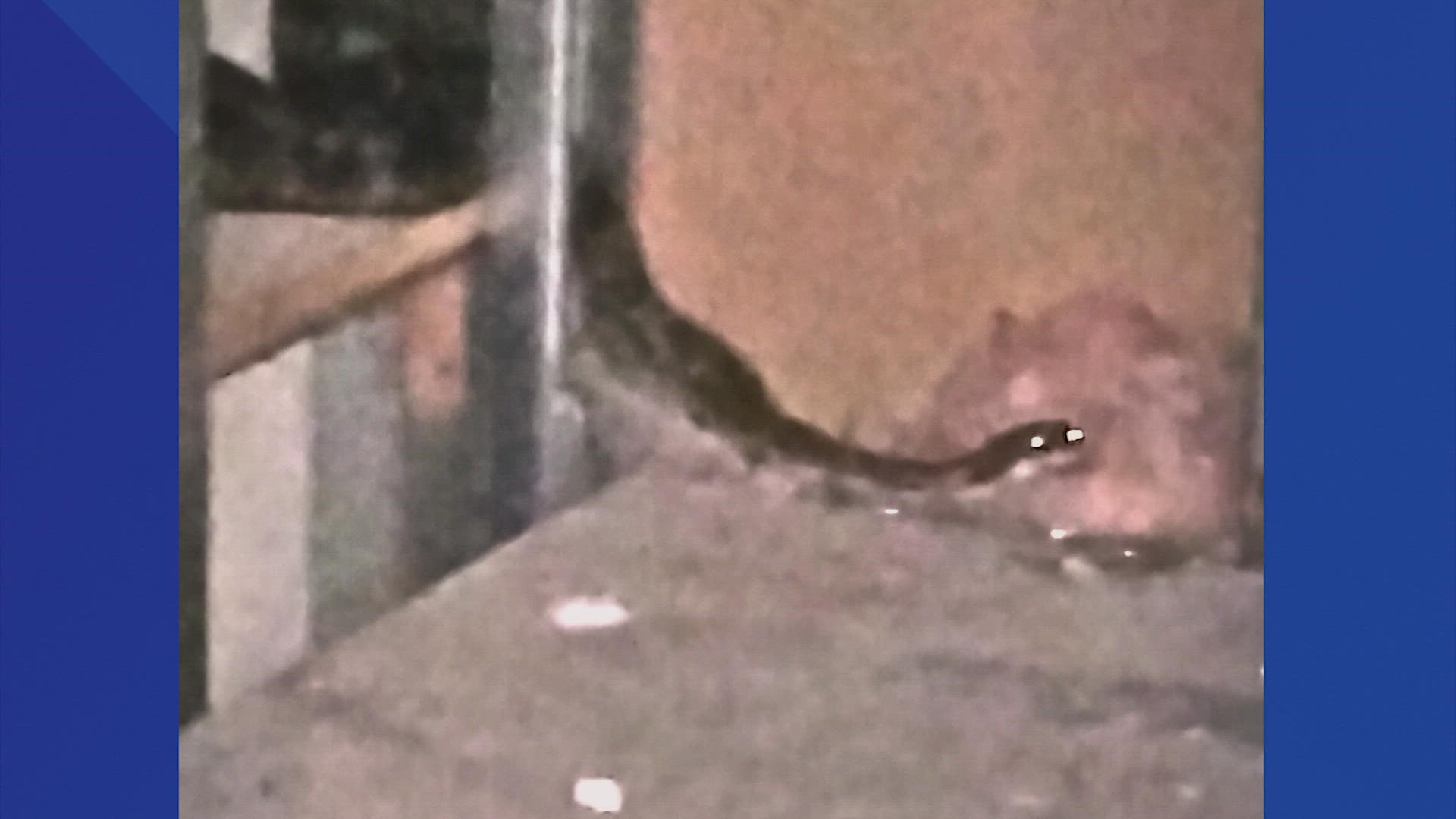 HOUSTON — A Houston air conditioning technician recently found himself living on the wild side with a work hazard you would not expect inside a bank.

Jesse with Kleen Air tells KHOU 11 he was changing the filters in the attic at the Comerica Bank off Highway 290 and Fairbanks N. Houston on Wednesday morning when he came face-to-face with what looked like a 6-foot rattlesnake.

He managed to capture a photo after calling bank employees for help.

Jesse said the bank called 911, and police came out to help move the ladder around so he could find a way to get out without getting bit.

The snake had him blocked in for a while, and Jesse said he ended up leaving behind his tools to get away.

He’ll soon return to get his things and finish the job, however. A pest control company was called out to help relocate the animal.