A Home For The Holidays: Piper's journey to a "furever" home 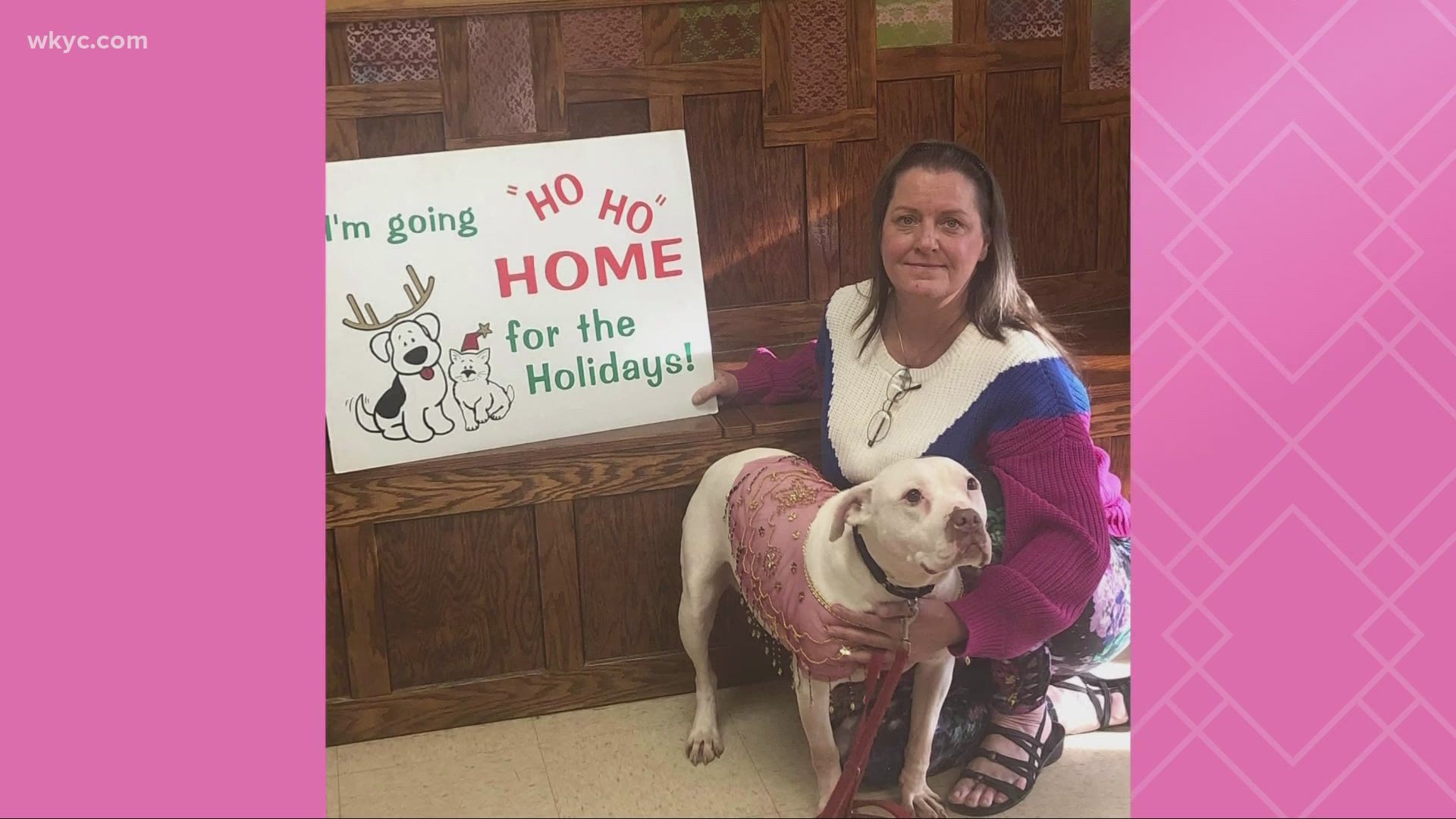 ASHTABULA COUNTY, Ohio — Relaxed ears, a busy tail and a wide-open mouth: it’s the picture of Piper, a 9-year-old mixed breed dog that punctuated her adoption information at the Ashtabula County A.P.L. for the last few years.

The picture of a happy dog, but in reality, Piper had little to wag about for much of her life.

“She had never seen life outside of a cage. She was kept in a basement. And she was pretty shut down when she first got here,” said Mary Glauser, Executive Director at the Ashtabula County A.P.L.

Piper was rescued from a hoarding situation. She arrived at the shelter broken, but still with love to give.

“She was a little bit older and she’s a bit reserved,” Glauser said. One by one, the dogs who came in with her, left adopted.  Piper remained.

HEARTWARMING: Watch A Home For The Holidays: Adopting Emmet

The staff did everything to find the sweet, timid senior a home, but the weeks and months stretched into years with no match for Piper.

Mary Glauser can not hold back emotion, when she talks about the heartache the entire A.P.L. staff felt for Piper.

“It’s hard to see that. You know, staff gets to know an animal. We get to spend a lot of time when them. People walking through a shelter don’t always see that,” she said.

WATCH: A Home For The Holidays: Leaving the the streets behind

In January of this year, someone did see Piper for all she had to offer. A love home: finally! But sadly, forever wasn’t meant to be.

Around the same time, someone else’s heart was broken too. Julie Curtis-Sanford lost her beloved Pug “Stitch.” He’d been ill for a few years and passed away in October. Before long, Julie missed the companionship of a dog and began searching for that special someone.

“Piper just caught my attention. I guess you could say she had special needs and she is a senior. So I felt that I could be a very good fit,” Curtis-Sanford said.

She fostered Piper at first, but very quickly Julie knew: Piper’s journey was over. Her home was now Piper’s home too.  On December 15th, the adoption became official.

“We are so happy. I think we cried lots of happy tears on her “Gotcha Day.” For us, it why we do it,” said Glauser.

Her shelter days behind her, Piper’s smile is back too as she settles into her forever home in time for the holidays.

If you are considering a new dog or cat in 2021 consider adopting from a shelter.  While shelters reported an uptick in adoptions at the beginning of the pandemic, they are now seeing an increase in owner surrenders. Glauser says illness and evictions are often the reasons. And if you are adopting, please consider a senior dog. They may be a bit advanced in age, but as shelter staff will tell you, they still have plenty of love to give.