The shark was last spotted south of Panama City in March. There hasn't been any confirmed reports of great whites off the coast of Galveston. 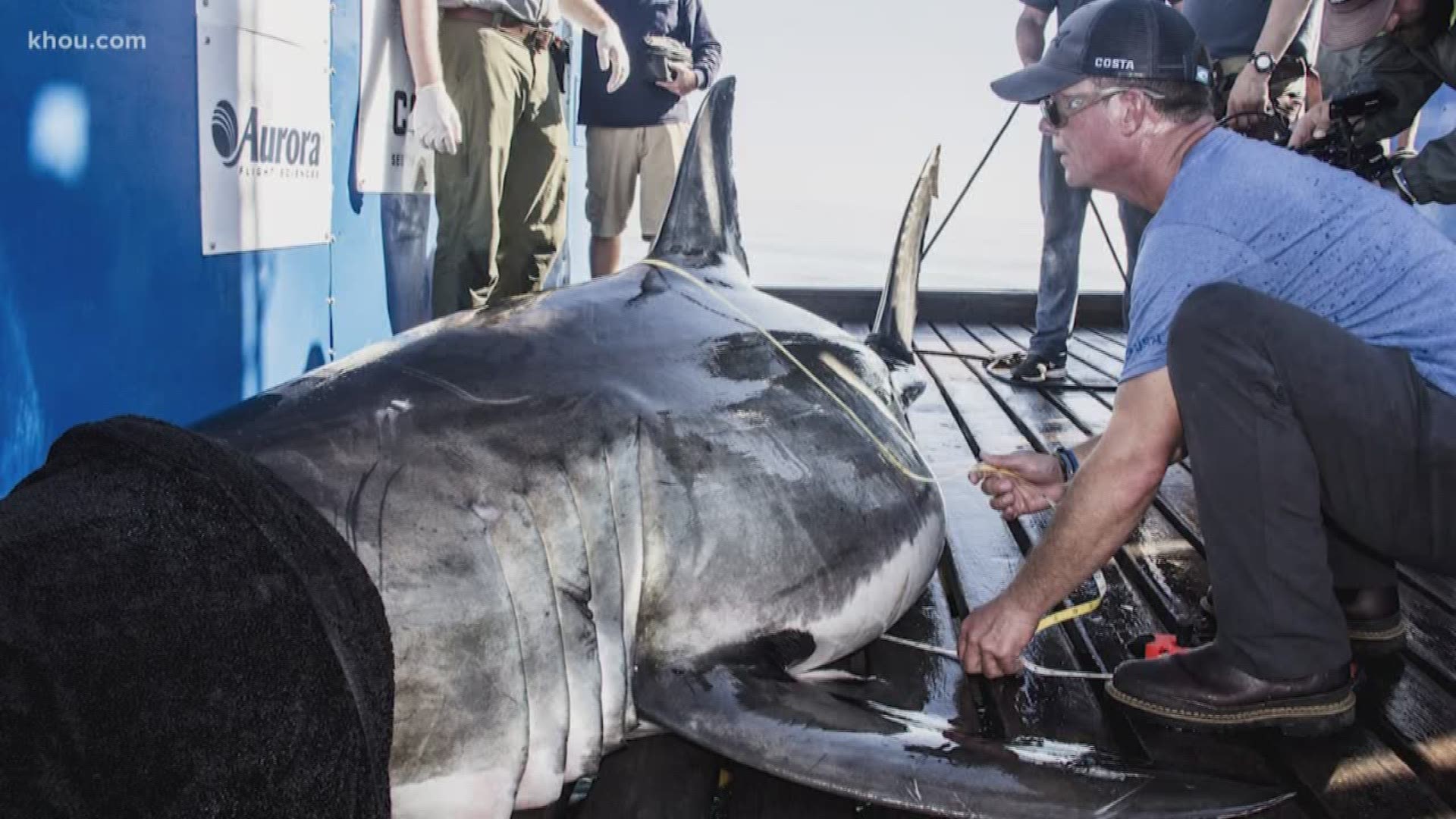 It’s not unusual to find great white sharks lurking around the East Coast, but a massive 1,600 pound female great white has been spotted in the Gulf of Mexico.

Shark trackers are closely monitoring the shark, named Miss Costa, off the coast of the Florida Panhandle south of Panama City.

According to OCEREACH, the shark was last spotted in the Gulf in mid-March and has been working her way north ever since. She could be up to 15 feet long.

Moody Gardens shark expert Roy Drinnen knows all about what's lurking in the Gulf. To him, news of a great white not all that far from Galveston isn't a surprise.

“Kind of makes you wonder how many come into the gulf without us knowing,” said Moody Gardens shark expert Roy Drinnen. “Chances are there probably have been great whites [in Gulf waters off coast of Galveston].”

Drinnen says great whites follow the food and prefer cooler water temperatures. Great whites have only been tracked in the Gulf of Mexico from December through July.

Should this be a cause for concern? Shark experts like Drinnen say "No."

“Just be amazed at the animal and what they can do,” Drinnen said. “We just share the environment with them. They’re not looking to eat us or anything.”

Again, Drinnen says there haven't been any confirmed reports of great whites off the coast of Galveston and there have been no known great white shark attacks in the Gulf either.