The Houston Humane Society says the dogs were used in a dog fighting ring. 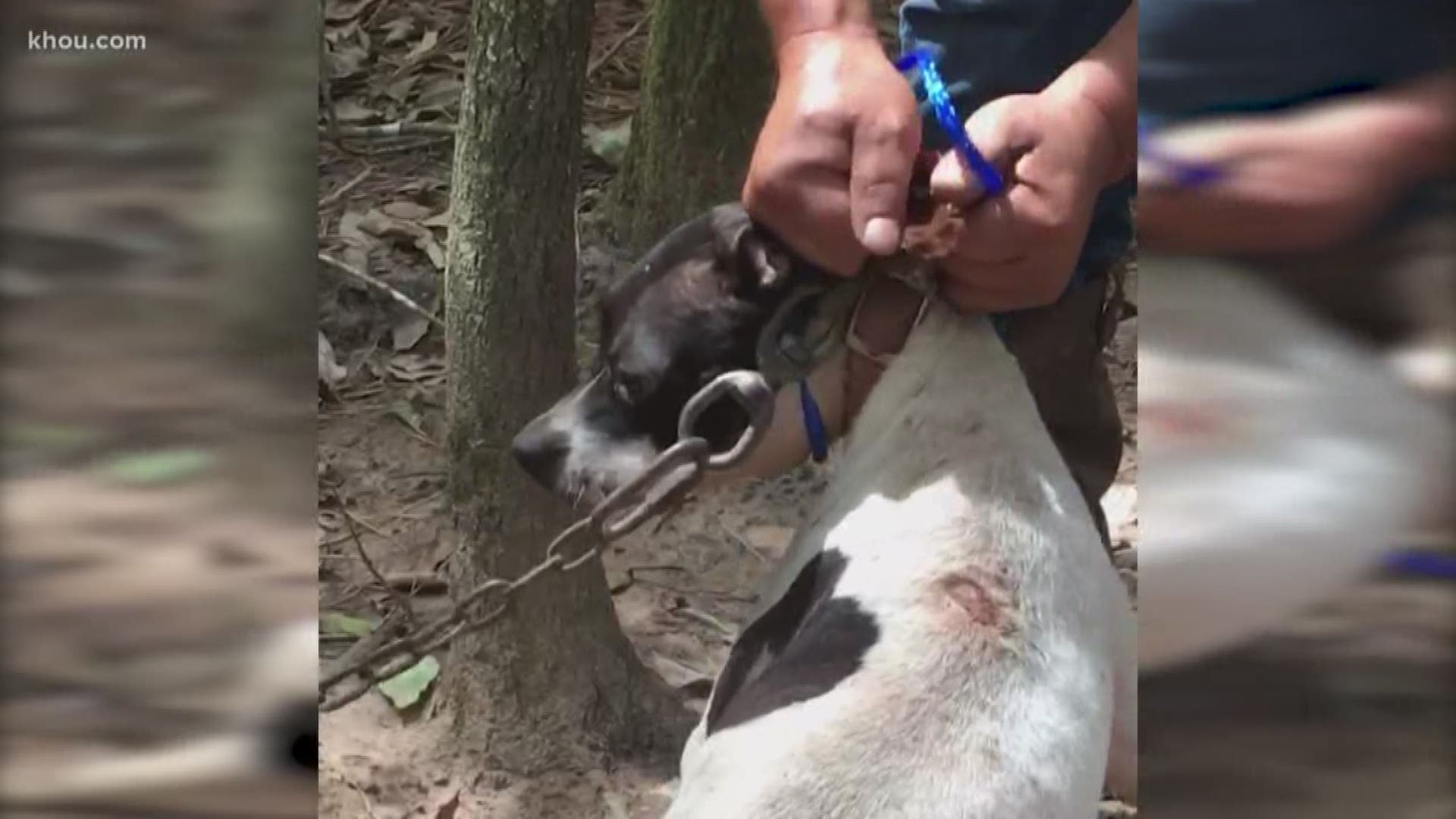 GRIMES COUNTY, Texas — Charges are pending against a man in connection to an animal cruelty case where 15 pit bull mixes were rescued from Grimes County.

The Grimes County Sheriff’s Office in connection with the Houston Humane Society and Harris County Animal Cruelty Task Force rescued the dogs from a wooded area on September 20. They were chained and deserted with little food, dirty rain water and showed multiple signs of abuse, according to rescuers.

Katie Fine with the Houston Humane Society said the chains weighed up to 10lbs each and the dogs have wounds on their necks due to large heavy collars.

Dr. Tony Malone, medical director with the Houston Humane Society, has been assessing and treating the animals and said it’s clear they were used for fighting, pointing to several of their wounds.

Charges are pending against DeMontrae Beck, 27, of Houston. He’s set to be charged with 15 counts of animal cruelty to a non-livestock animal, class A misdemeanors, according to Grimes County Lt. Daniel Wagnon. A conviction of a class A misdemeanor carries up to a year in jail and up to a $4,000 fine.

All 15 dogs are being housed in the same building and range from puppies to adults. They’re being monitored for their physical health and mental temperament.

“If you look at them you would think that they are much more damaged emotionally than they are,” said Fine. “I mean, they definitely have some trauma to work through, but they are the sweetest dogs for what they’ve experienced.”

“He’s going to be OK,” said Dr. Malone petting one of the rescues. “With a little TLC… and we’ll keep doing what we need to do to take care of him.”

The dogs will be housed at the Houston Humane Society for the next three weeks and then animal rescues and fosters will be asked to step up to convince these animals that humans are their friends not foes.

In September alone the Houston Humane Society has seized 96 dogs and is asking for the public’s health to care for the animals.

Click here to donate to the animals rescued in Grimes County.