'All my hard work, it paid off!' | 8-year-old girl from Richmond wins National Spanish Spelling Bee

For a month, Kirsten Santos studied her Spanish dictionary for two hours a day every day, learning how to spell more than 60,000 words. 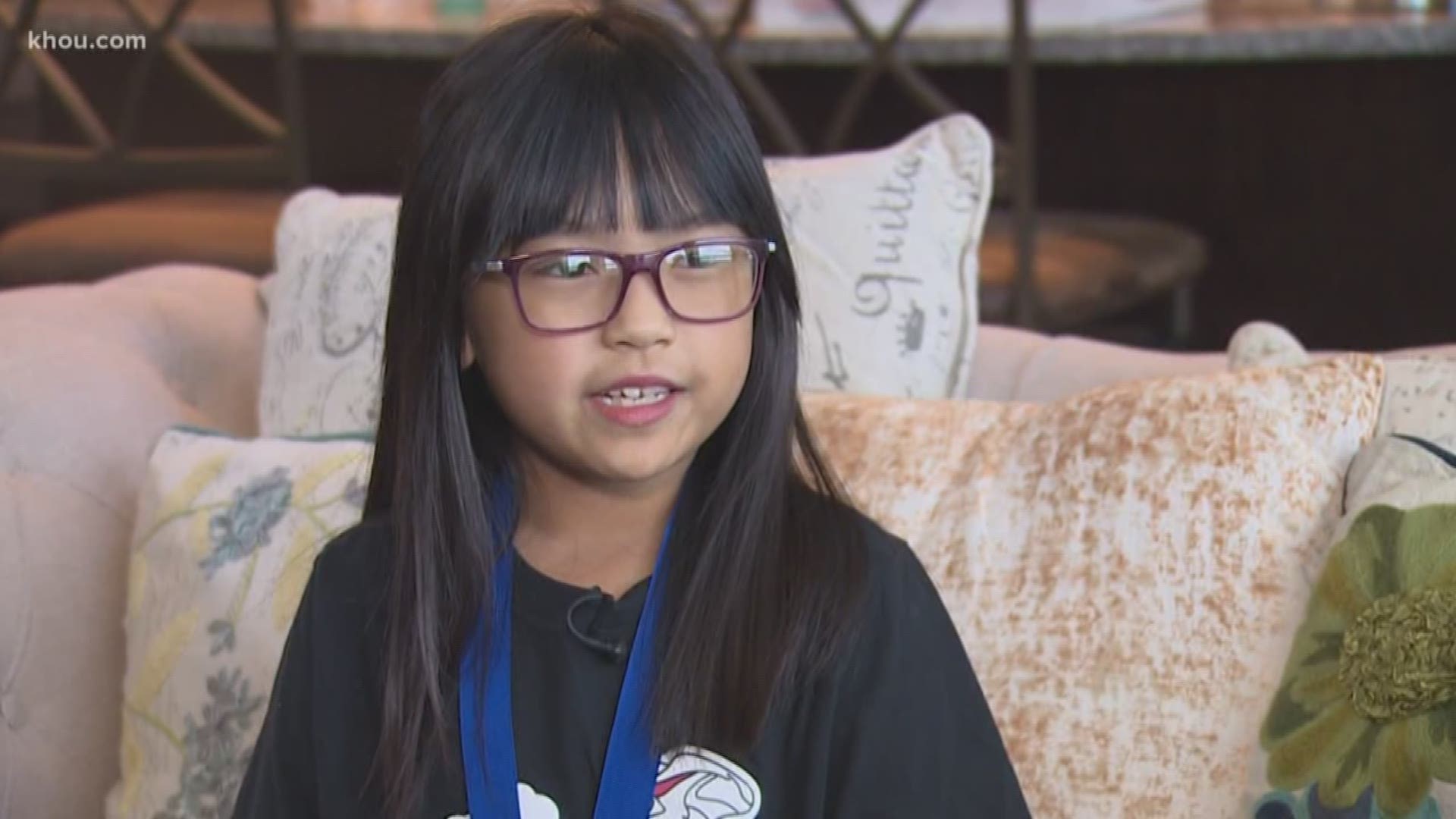 RICHMOND, Texas — An adorable and vivacious 8-year-old girl from Richmond is causing quite the buzz after winning the National Spanish Spelling Bee Championship, even though Spanish is not her first language.

For a month, Kirsten Santos studied her Spanish dictionary for two hours a day every day, learning how to spell more than 60,000 words.

Kirsten is a third grader at International Leadership of Texas Katy, a school that helps children learn three languages: English, Spanish and d Mandarin Chinese. She also speaks Filipino at home with her parents.

“I get to learn new things and discover things I’ve never ever ever experienced before,” Kirsten said.

Her parents, Levi and Vanessa Santos, say their daughter has always loved learning. She started school a year early and was placed in the Gifted and Talented program. They say if they don’t keep Kirsten busy, she gets bored.

So when Kirsten’s dad asked if she wanted to take part in her school spelling bee, she said yes.

“I wanted to challenge myself,” said the 8-year-old. “I thought it could be a way to improve my Spanish speaking.”

After Kirsten won her campus bee, then regionals and state, she qualified for the National Spanish Spelling Bee in Denver, Colo.

“When I went to nationals...that was tricky!” she said.

But Kirsten was prepared and had learned how to spell more than 60,000 words with the help of her dad before they made the trip.

There were nine spelling bee champions in all, but Kirsten was the youngest by three years.

“I gave all I got in the competition and finally all my hard work...it paid off!” she said.

Kirsten said she wants to grow up to be an “ear surgeon” and wants to study the brain because it’s “like a super computer!” and hopes to one day cure a disease.

“No matter what age you are, practice is the key," she said.

Don't be a victim! Police say burglars are using social media to track their targets