The wrestling champ is hoping to prove to everyone that no matter your past, the future is worth fighting for. 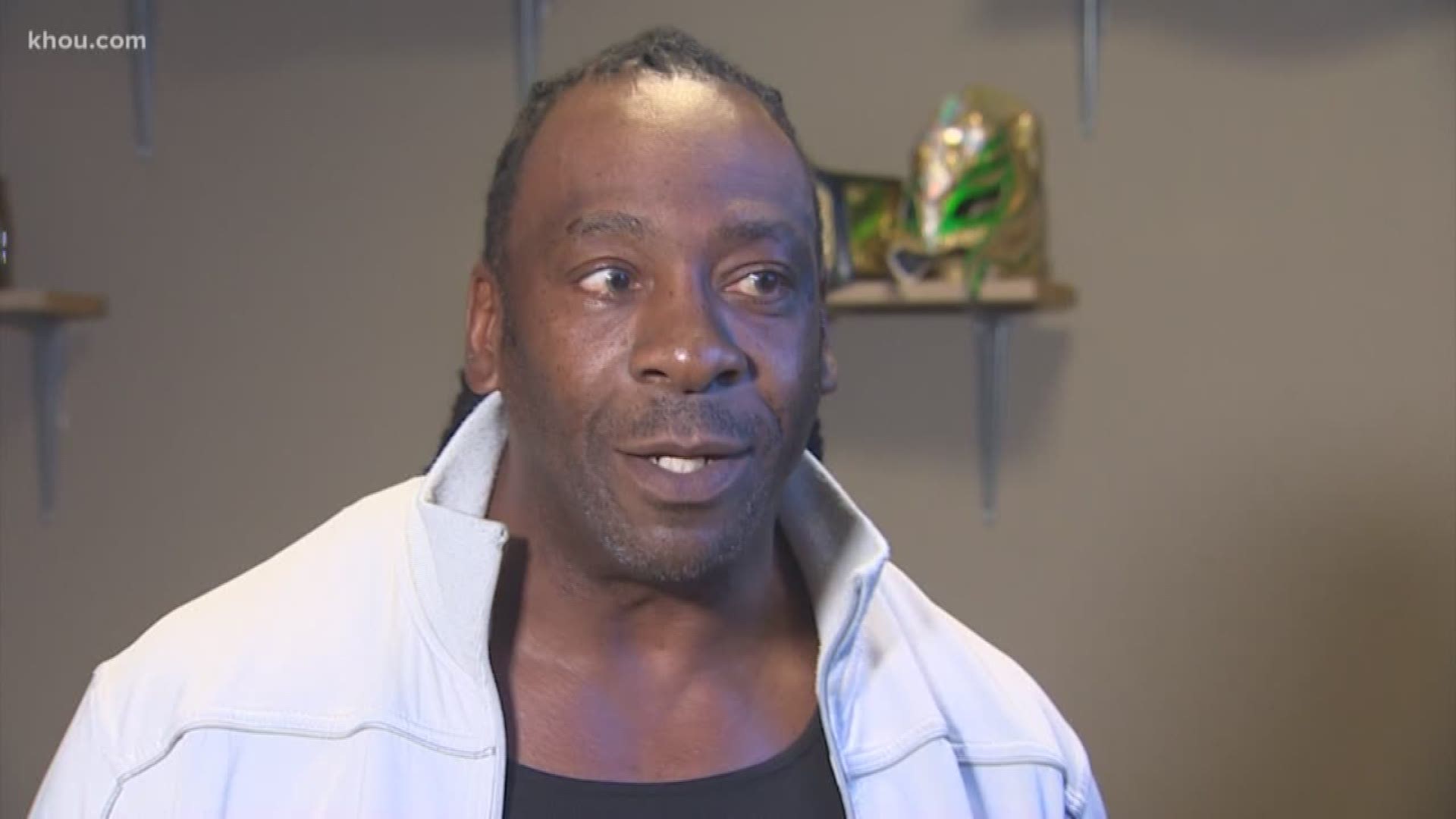 TEXAS CITY, Texas — From body slams to broken tables, Booker T’s Reality of Wrestling promises even the smallest fan everything they ever wanted, especially when the Hall of Famer and five-time World Champion, himself, is entering the ring.

“It’s only my duty to go out and prove to them that their Sensei, their teacher, can still go out there an do a little bit," Booker T said.

He’s taking up a challenge from his student, current Reality of Wrestling champ, Rex Andrews.

“It’s everything I’ve worked for to accomplish this, which is the peak of this company and so the next step would be to surpass my mentor," Andrews said.

For Booker T, it’s proving he’s still the best, but also giving his 8-year-old twins a glimpse of his past.

“It seems like something would’ve been missing if they didn’t get to see me do it at least one time," Booker T said.

A competitor to his core, the Hall of Famer hopes to soon have his sights set on a different sort of race - the one for Houston mayor.

But there’s one thing in his way.

“I went to prison, and that’s the one thing that’s holding me back, my prison record, getting over that hump," Booker T said. "I've definitely run into a few bumps in the road that I'm trying to get through."

The wrestling champ is hoping to prove to everyone that no matter your past, the future is worth fighting for.

Which is why he’s teaching them, but still proving he’s the best.