Whataburger helped pull off a fantastic surprise party for one of their favorite customers who turned 90 recently. 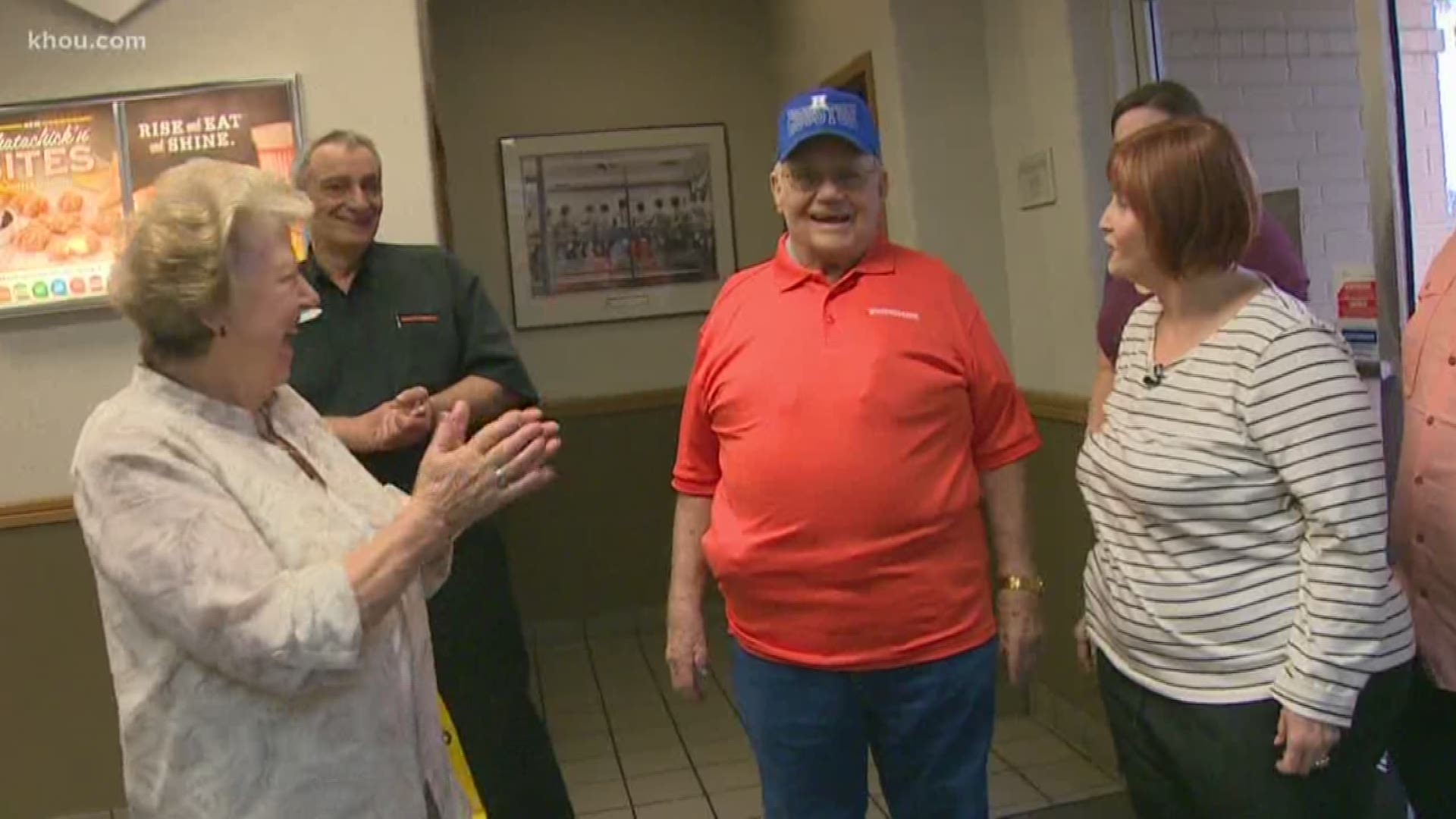 SPRING, Texas — What-a-birthday it was for one man who turned 90 recently!

Friends and family members of Bobie Miller surprised him with a birthday party at a Whataburger in Spring on Wednesday.

The fast food restaurant was decked out with orange and white decorations, cake, party favors, and of course everything on the Whataburger menu.

Miller's daughter, Barbara Leland, thanked the restaurant for helping to pull off the surprise for her dad.

“There’s no other place he would have wanted his birthday and 90 is a big birthday,” Leland said.

Miller was shocked as he walked into the restaurant to a big "surprise!" and "Happy Birthday!" from the crowd inside.

"Are you surprised?" asked his daughter.

Credit: KHOU
Bobie Miller (center) with his family and friends at Whataburger.

He was all smiles as he was given a new Whataburger hat and other gifts.

"Well thank y'all! I didn't expect anything like this. I did not." said Miller.

The party was organized by his friends at the ROMEO group which stands for Retired Old Men Eating Out. But the group said you don't have be retired, old, or a man to join.

"It was so nice. And y'all are such good friends. Thank y'all so much again." said Miller.

The group meets at the same Whataburger location every day.

“Whataburger is the essence of life for all the people that are here this morning and it’s probably what got my dad through the loss of my mom.” Leland said.

“Sixty-nine years they had been married and they came here for a long, long time to visit with all of these friends.” she said.

Miller said he never dreamed of such a meaningful surprise.

“Don’t get any better than this,” he said.

He was overwhelmed by the love his family and friend have shown him.

“You won’t find a better bunch than this I don’t think,” he said. “I enjoy the fellowship and I just enjoy being with them.”

WATCH VIDEO FROM THE SURPRISE PARTY HERE OR BELOW

If you would like to throw a Whataburger themed birthday party for someone you know, the restaurant is now offering birthday bundles on their website here.