Monica Robins shares the story of a Toledo man who underwent the first phase of a phalloplasty. 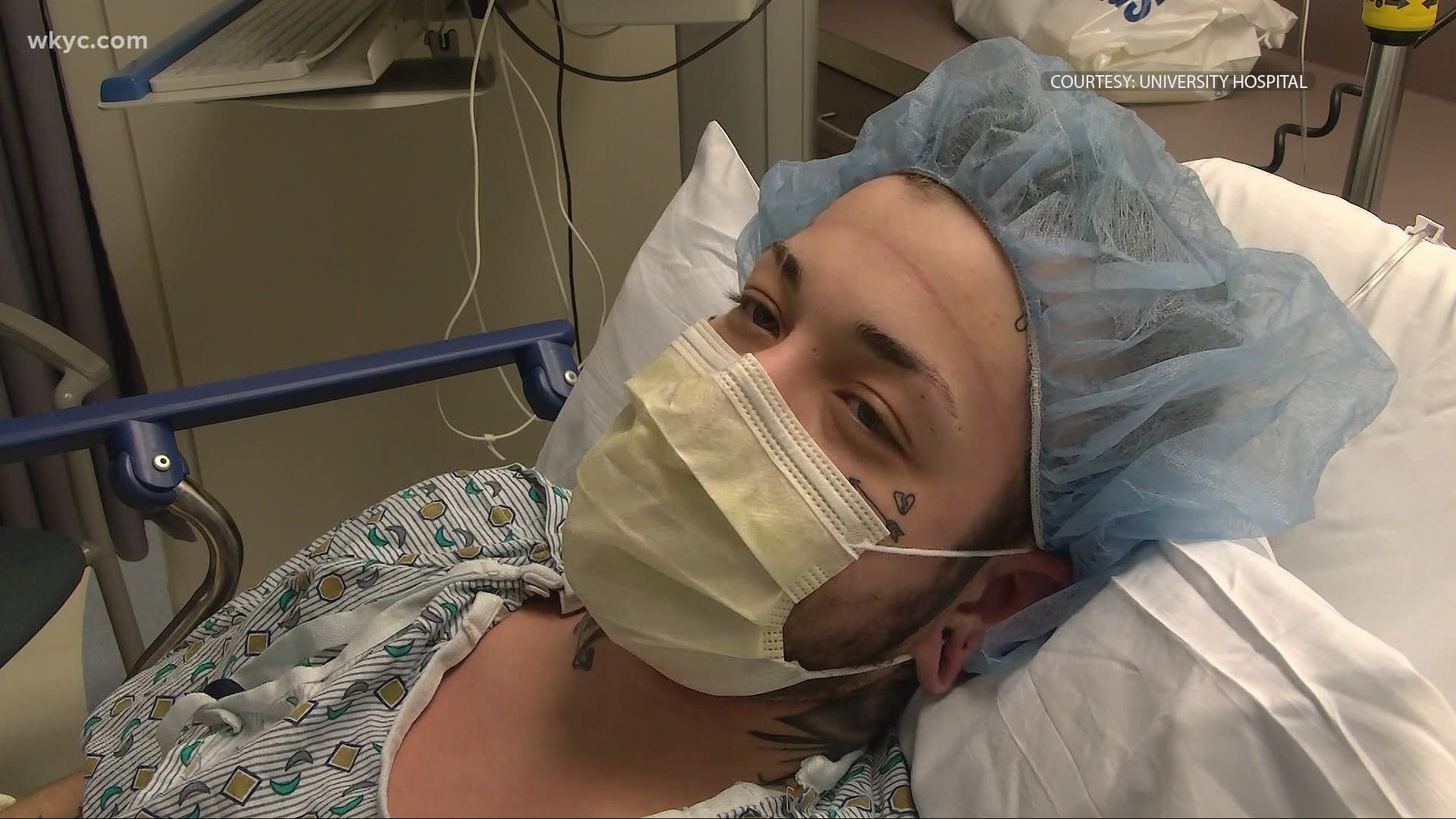 CLEVELAND — He's a 24-year-old man from Toledo welding a future with industrial mechanics. He's a husband, and a father to his wife's daughter from a previous marriage.

"It's Bobby, with a Y for the chromosome that I've been missing," he told us.

"I always wanted more masculine things than what I was raised with," he remembered. "I wanted to be a dad, and a husband. I had dreams of that when I was a kid."

He considered himself male throughout his life, but knew he had to change his body to feel whole.

"I came out to my family and started transitioning on hormones when I was 18," Hillier said.

His first step? Having his breasts removed. He then spent years researching how to get gender affirmation surgery.

"I thought I'd have to travel across the country," he recalled. "I thought I had to travel hours and hours, fly maybe and budget for a hotel."

Fortunately, he was wrong. The help he needed was two hours east.

University Hospitals in Cleveland recruited urologist Dr. Shubham Gupta to be part of the hospital's LGBTQ Gender care team. Phalloplasty is one of his specialties.

"Phalloplasty is arguably the Holy Grail of reconstruction as it comes to urology and plastic surgery," Gupta explained. "Basically, what phalloplasty is is just making a new penis."

However, it also has to work.

"You can urinate through it and then [it] has other sexual effects, sexual characteristics of the penis," Gupta added.

The completed surgery is in three phases, and can take more than a year to complete. In December, Bobby underwent a hysterectomy, then in February had phase one of the surgery.

It's a long and complicated procedure. Skin from his left arm would transform him.

"We use that tissue to make a urethra that men pee out of," Gupta said, "as well as the outer penile tissue."

While Gupta does the functional part, plastic surgeon Dr. Tobias Long works at the same time to make it appear like it should. Both doctors say the clinic started because there is a need, and Gupta estimates about 40,000 transgender people live in Ohio. Their clinic is busy.

"Now it's every week, and we're doing surgeries on a weekly basis," Long said.

About three-quarters of the patients are local.

"It's much safer to be able to do something locally, especially something this technical, from a recovery aspect and being close to your surgeons if there are any issues," Long told us.

Gender affirmation surgery is covered by most insurance, but for those who must pay out of pocket, phalloplasty can cost up to $150,000. Less than 3% of patients have risk of serious complications, which is another reason having a clinic closer to home is a safer option.

"It takes a lot of hard work and dedication, but in the end, you're going to see yourself the way you saw yourself in your dreams."

To learn more about Bobby Hillier's journey and more about the procedure, listen to the "Health Yeah! With Monica Robins" podcast. You can either follow this link, or watch all interviews with the subjects involved in the players below: