It is the world's first single-rail coaster, which makes for a smoother ride. 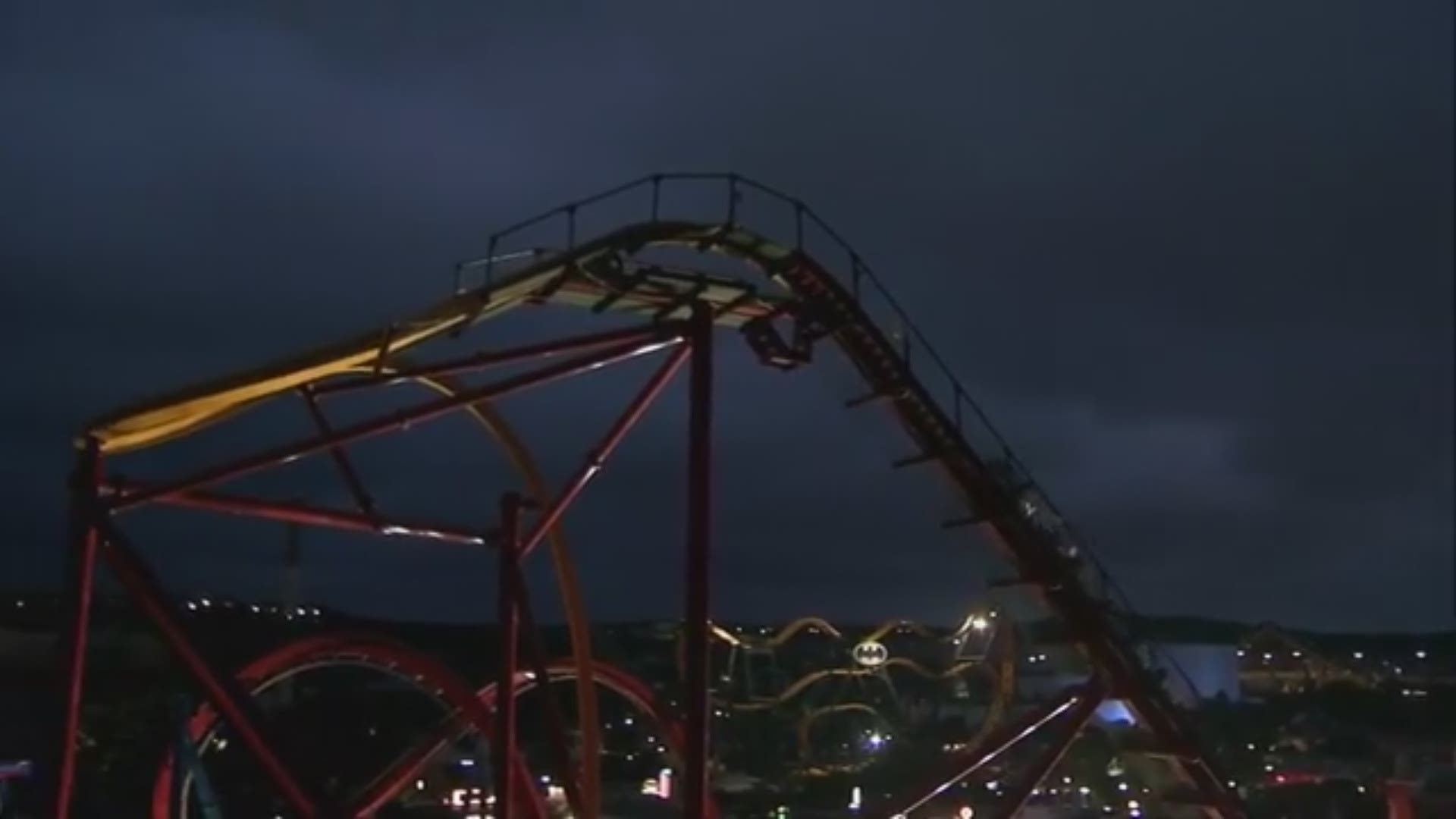 KHOU 11's Sherry Williams was the first reporter to ride the coaster on live TV early Thursday. Watch her video above or right here.

The park says the new attraction won't look or behave like any thrill machine that preceded it. That's because instead of riding a set of two rails like traditional coasters, its narrow trains would soar along one 15.5-inch-wide steel track. It will be the world's first single-rail coaster.

"I expect it to be crazy smooth," says Larry Chickola, Six Flags VP and chief corporate engineer. "And crazy fun. There will be extremely quick twists and turns – quicker and smoother than regular coasters."

Before settling on "single-rail" to describe the new genre of ride, the engineer referred to it as a "monorail" coaster. But Chickola said the designation might conjure thoughts of the slow and poky vehicles used to transport passengers at airports and elsewhere. Wonder Woman, he insists, will be the opposite of poky: a "high-thrill and edgy experience." Above all, however, he emphasizes that it should be velvety smooth.

Why is Chickola forecasting a super-smooth ride? Traditional wooden coasters are known for knocking passengers around. Their rickety, rough-and-tumble ride experience is part of their charm. Steel-tracked coasters can mitigate some of the roughness, but even they have an inherent problem: Because they ride on two rails, the slightest misalignment between the left and right sides can result in moments of roughness. With Wonder Woman's single rail, nothing could get out of sync.

The coaster will be "visually stunning," says Jeffrey Siebert, president of Six Flags Fiesta Texas. It will be set against the multi-hued quarry wall that surrounds the park. Visitors may be surprised when they first encounter the ride. "It's just going to look wrong, but in a nice way," Siebert adds. Instead of a wooden coaster's lattice-like timber structure, Wonder Woman will have steel supports. But its ultra-thin track won't require as many supports as a typical steel coaster. Chickola says it will look like a thin ribbon of track suspended in the sky. 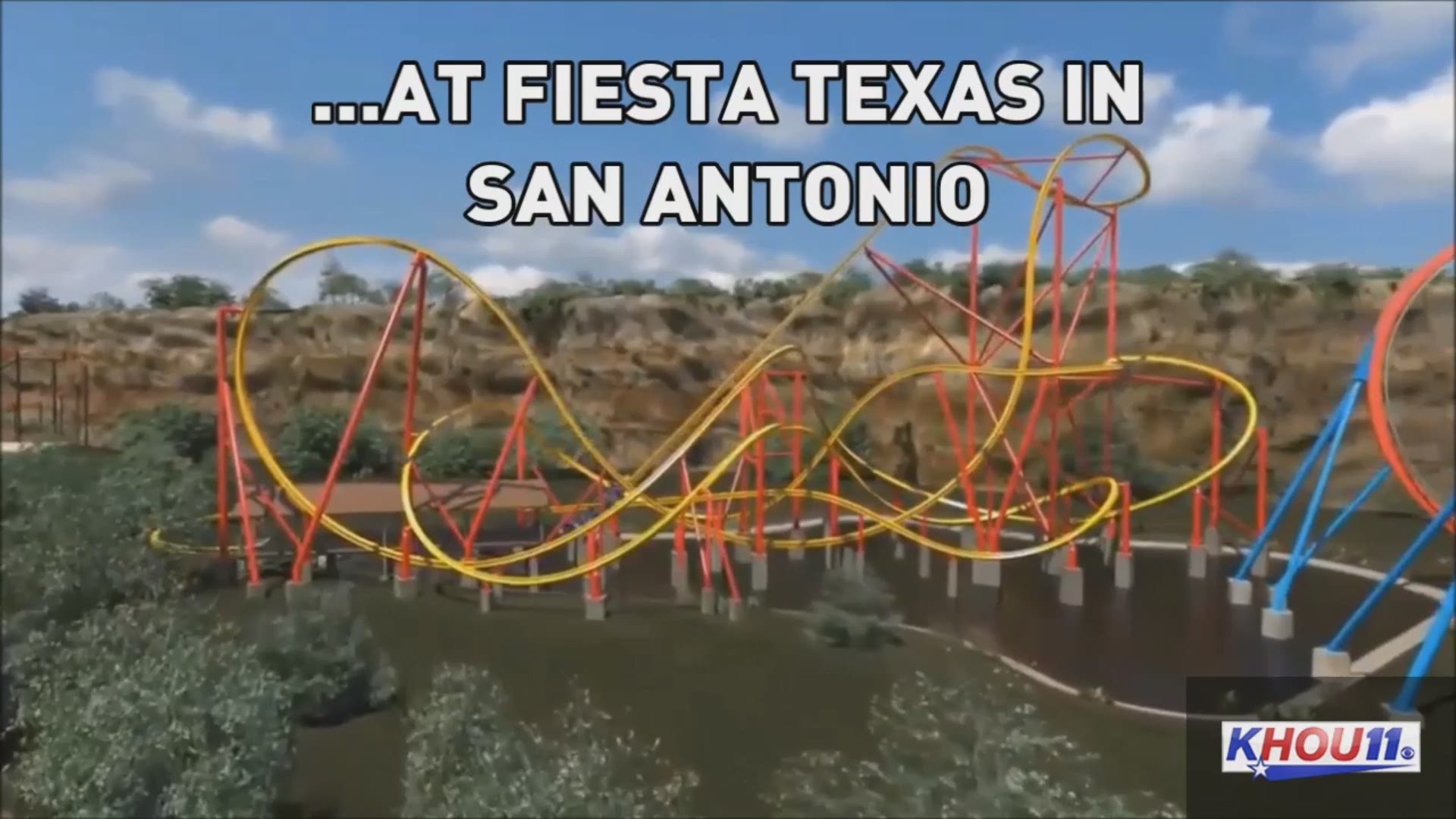 The eight passengers aboard the coaster's trains will have unique views as well. Each car will have a single seat. There won't be anybody sitting to the left or right. And when they look to either side, riders won't see any track either. The single rail, a scant few inches wider than a foot-long sub, will be underneath the train. If passengers lean over the cars, they'll see straight down to the ground. "You're going to feel like your gliding through the air," says Chickola.

Wonder Woman will climb a 113-foot hill, drop about 100 feet straight down at 90-degrees, and hit a top speed of 52 mph. It will include overbanked turns and the free-floating sensation known as airtime. Among its three inversions will be a "180-degree stall," in which the train will roll halfway over and suspend riders for a few agonizing moments before it unrolls and returns them right-side-up.

Siebert says that it is going to be "odd to go upside down on such a tiny track. It will feel like you're riding Wonder Woman's whip." The ride's queue will include a crashed airplane, Greco-Greek architecture, and other references to the comic book world of the female superhero, whose popularity surged after the huge success of the recent Wonder Woman movie.

The stall inversion is a signature element of the coaster's designer and manufacturer, Rocky Mountain Construction (RMC). The innovative ride company has developed its own take on coaster rails, which it calls "IBox" track. Instead of the tubular steel track that is used on traditional steel coasters, IBox track is flat on top and configured like the letter "I." The trains' side friction wheels, which help tether the cars to the rails, fit into the track's I-shaped channels. The unique track may account for the especially smooth rides that RMC coasters deliver.

The New Texas Giant at Six Flags Over Texas was the first coaster to feature IBox track. The park chain followed that with Iron Rattler at Fiesta Texas. Both of the rides were traditional wooden coasters that had not aged well and were notoriously rough. RMC left the wooden structures intact, but removed the original tracks and replaced them with IBox tracks. Known as hybrid wooden-steel coasters, the two repurposed Six Flags rides are now gloriously smooth.

RMC's designers took the basic concepts of their IBox track and developed the single-rail system, which the ride company refers to as "raptor track." Using the next evolution of the breakthrough IBox track, Wonder Woman may whip its park mate, Iron Rattler, for slithery smoothness.