Students competed against each other in a scrimmage Thursday, but one of them really came out a winner. 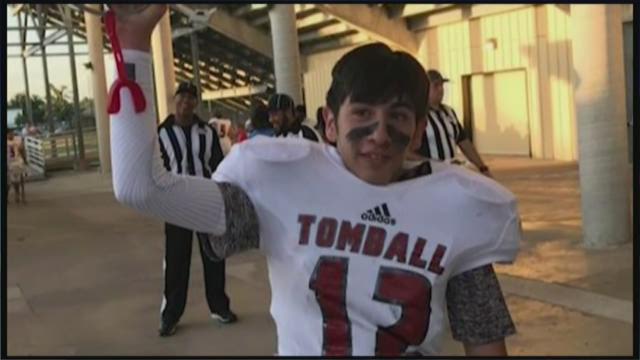 TOMBALL, Texas -- Tomball High School’s football team played its annual Red and White Game Thursday night. The students competed against each other in the scrimmage, but one of them really came out a winner.

To Sammy Lopez, football isn’t just a game. It’s a way of life. The 16-year-old hasn’t let a rare genetic disorder that causes his muscles to break down keep him away from the sport he loves.

“No matter what, once he is out of the hospital…he's back on the field,” said Johnny Lopez, his father.

Sammy has been part of the Tomball ISD football team since 7th grade. He’s been chief motivator, manager and trainer, but the one thing he hasn’t been able to do is get on the field and play.

That is, until Thursday night, at the Red and White scrimmage. With his doctor’s OK, the coach told Sammy to get into the game.

“Really, it was just, ‘Come on, Sammy. It's your time, man,’” said Coach Kevin Flanigan.

And once Sammy got the ball, he couldn’t be stopped.

“They were running after him, one of them tried to get him, and he stiff-armed him,and we were like, ‘Oh, my goodness!'” said Marcie Lopez, his mom. 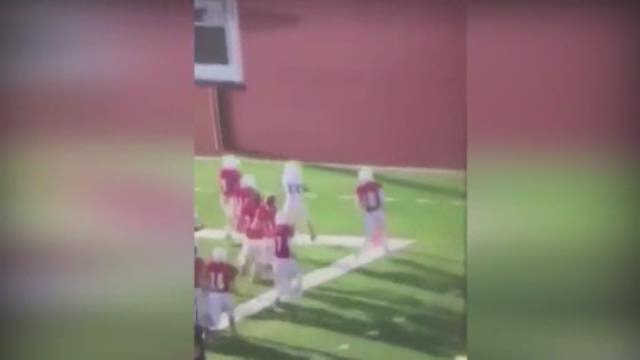 With his teammates by his side and crowd cheering, Sammy scored.

“Once he scored, everyone just cleared the sidelines and celebrated with him,” said Tybo Taylor, his teammate.

“They were chanting, ‘Sammy! Sammy!’ and it was just amazing,” Marcie Lopez said.

It was a touchdown that touched everyone’s heart.

“It meant a lot, not just to him, but to all of us, too, as his teammates, to see that happen,” said Conner Scott, another teammate.