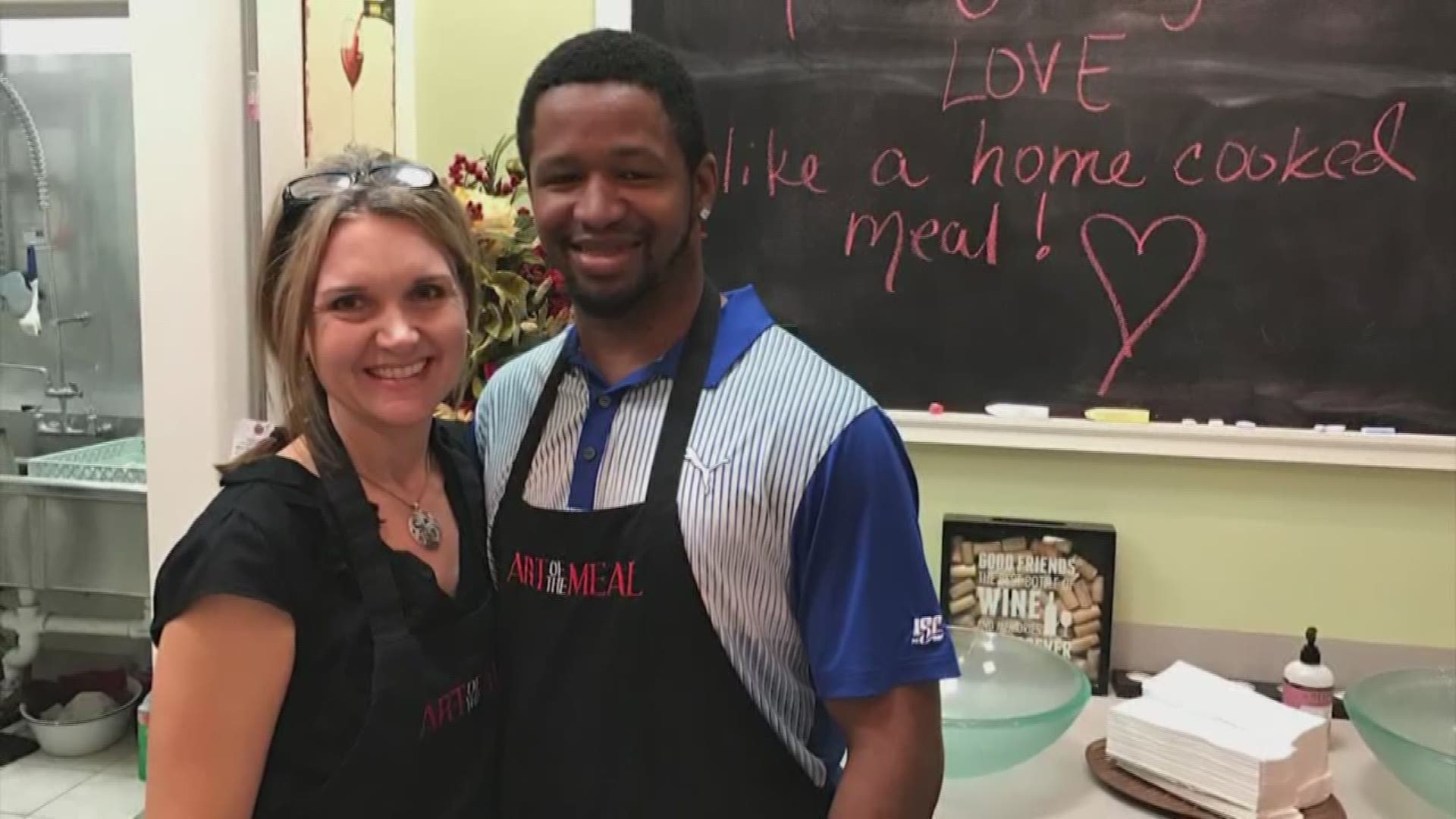 KEMAH, Texas – A Clear Lake chef is using Facebook to change the life of a man living on the streets.

Victor Hubbard spent three years at the corner of Nasa Road and El Camino Real waiting and hoping his mom came back to get him.

“No matter what season it is, I will always have that love for her,” Hubbard said.

This winter, his warm smile, kindness and graciousness touched another woman.

The married mother and owner of Clear Lake’s Art of the Meal passed Victor four times a day until she had to know why he stayed there in the same spot, rain or shine.

So she got to know all about Victor, the mental illness he battles and then shared it all on a Facebook fan page called “This is Victor.”

“I would drive up and he would say 'How are you doing today?'” said Sprouse. “'Are you doing okay? Don’t ever let anybody do you wrong.' Seriously, he always asked about me.”

What happened next pricked the hearts of 8,110 people on Facebook.

Sprouse got him into mental clinics, prescriptions and hired Victor to keep him off the street.

“She came around and she kind of saved me,” Hubbard said. “She helped me. It’s like grace.”

All of it happened so that Victor could find his family. Thanks his Facebook page, an uncle called then drove from east Texas to see Victor.

Two days ago, Victor reunited with his mom too.

“I got to talk to her and I really feel like I accomplished something,” he said.

So does Sprouse, whose work to help a stranger landed her business one top-notch cook and an inspirational friend she shares with her community.

That is Victor now.