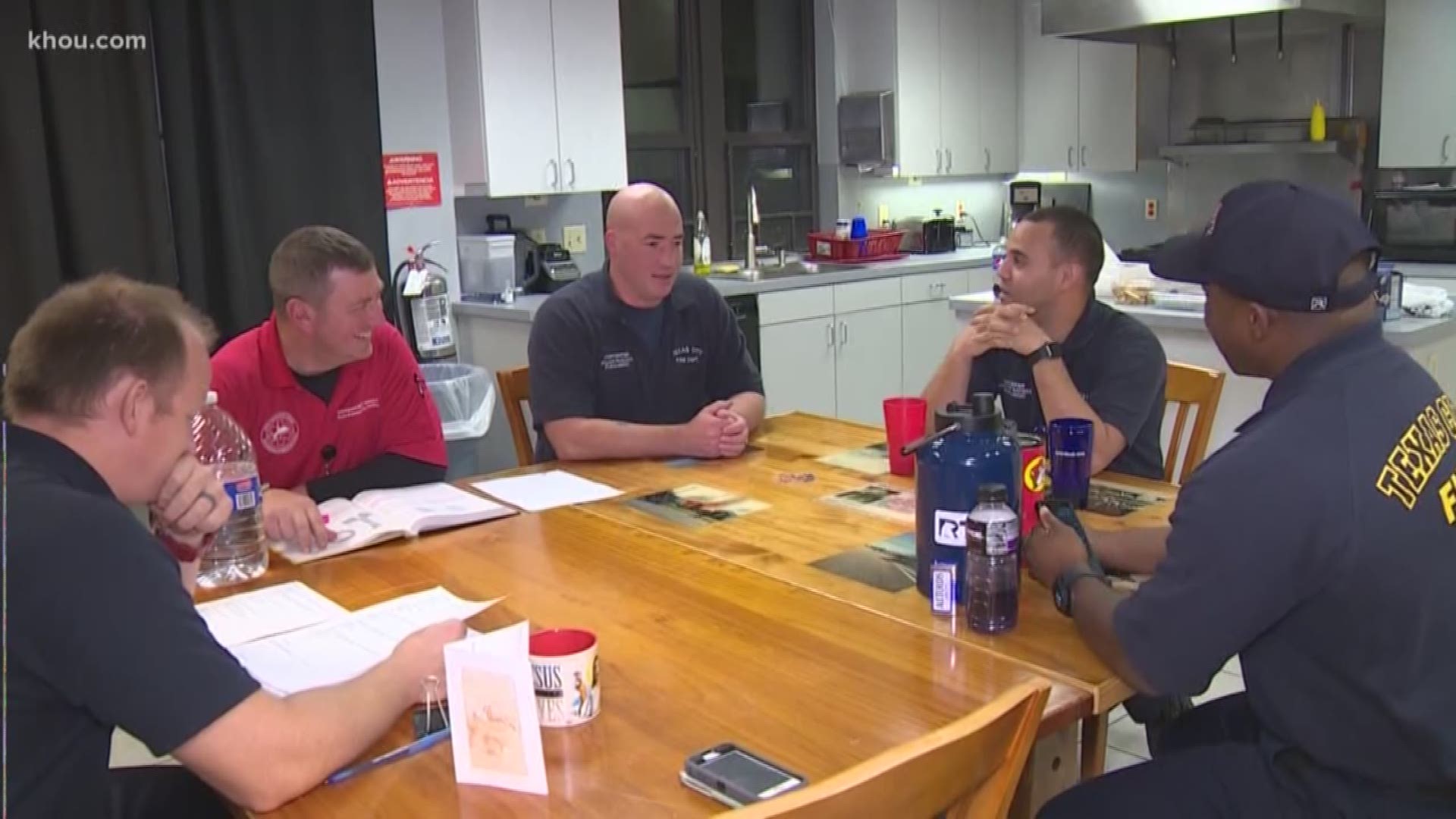 TEXAS CITY — TEXAS CITY, Texas - It was a Thanksgiving to remember for one Texas City family.

It began with a hospital visit for carbon monoxide poisoning, but ended with a turkey on the table; and it was all thanks to some local firefighters.

A bowl of turkey and broccoli and cheese casserole is a little of what Patsy Ceccacci has leftover from a Thanksgiving she’ll never forget.

“If not, they could’ve found all three of us dead in here," Patsy said.

She woke up early Thursday morning to start preparing her feast when an alarm went off.

“My mom was like 'It’s not the fire alarm, it’s this on the wall.' And I was like 'Oh, that’s carbon monoxide,'" her daughter Angela said.

Carbon monoxide, the silent poison, filled the family’s home. They were able to get out alive.

“We’re sitting out in the driveway, and we get my uncle out which he’s on oxygen. And he and I are sitting out there, and all of a sudden, we get sick," Angela said.

Poisoned, they spent the next few hours in the hospital. Later, once they made it back home, they tried to salvage the holiday when the alarm went off again.

This time, firefighters cut the gas.

“I said 'Oh my gosh, what am I going to do about this turkey because I just put it in?' And they said, 'We’ll take it to the fire department, and fix it for you.' And it was Fire Station Number 2 in Texas City, and I thought that was so nice," Patsy said.

It was an unexpected act of kindness.

“We would’ve had a meal but no turkey," Patsy said.

For the next four hours, their turkey roasted inside an oven at Fire Station Number 2 under the watchful eyes of the crew on duty.

“I was excited. I had tears coming down my face, and I just thought it was awesome," Angela said.

A holiday that began at the hospital ended the way it was supposed to - at home full of family.

“It turned out really nice. We had a good meal," Patsy said.

All thanks to the help of some local heroes. “They do more than just fight fires. They’re here to help their community also," Angela said.