"I wanted to look good, because it was a third date," said Jeff Saville about the shirt options he text messaged his daughter. 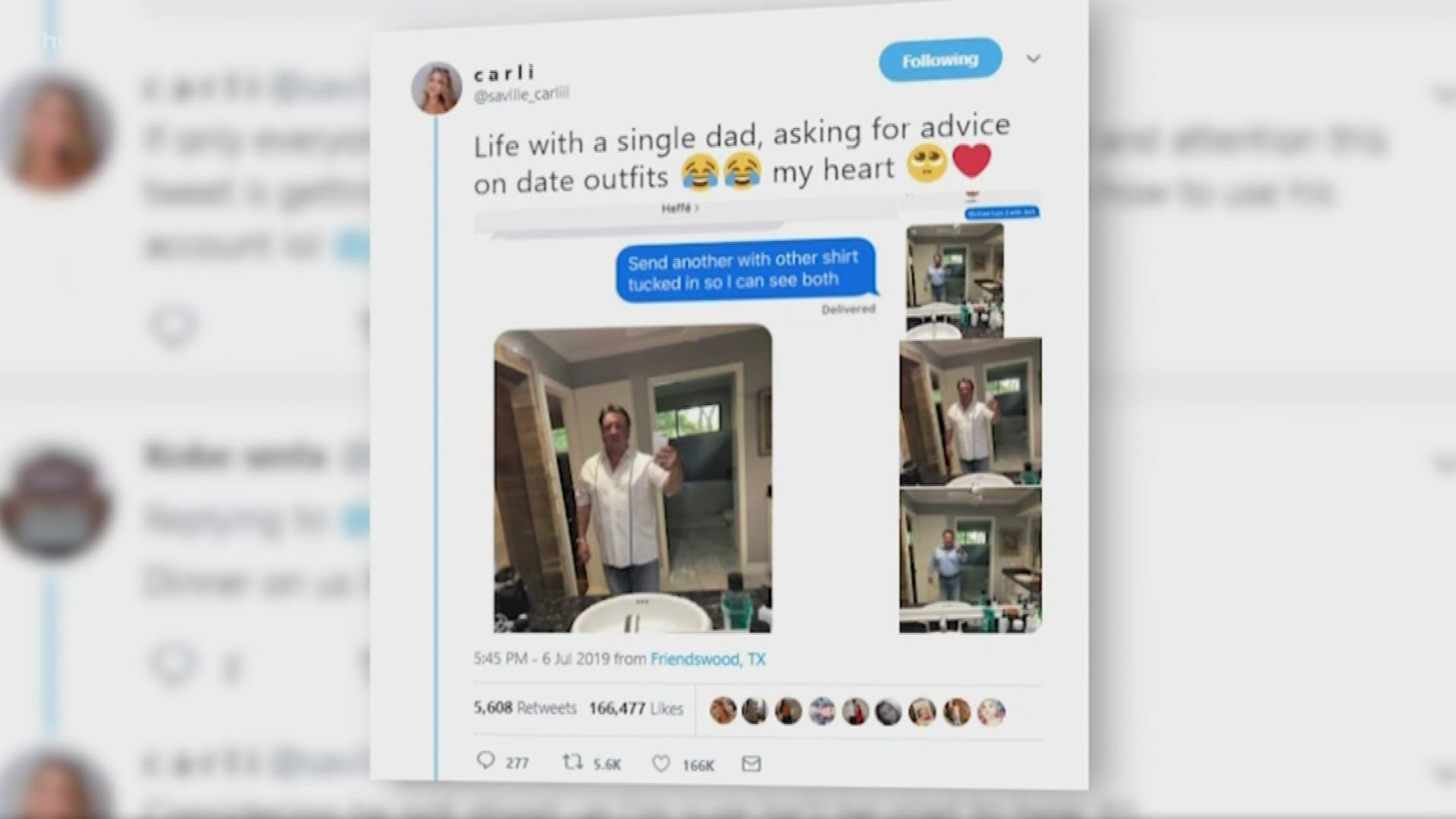 FRIENDSWOOD, Texas — If only there were a guide to help single dads find love!  Until then, the struggle is real!

Jeff Saville, a father in Friendswood, text messaged his daughter.  He wanted help selecting the perfect shirt for a date.

Daughter Carli Saville turned around and shared the conversation on social media, and like all things pure and wholesome, her post went viral.

"I wanted to look good, because it was a third date," said Saville of the reason for the Saturday text conversation with his daughter.

He sent her two shirt options.  A white shirt, untucked and a blue button-down, tucked in with a belt.  In the end Saville went with a different option.  But unfortunately, all his effort didn't matter.  The 56-year old general contractor says he was stood up.  "She basically said that she wanted to be friends but that was it."

From a Saturday night setback to social media offering support on Sunday.

"And Carli comes over and says, daddy I have something to tell you. I said, what?"

"She goes, you’re not going to believe it, but you know those pictures that you sent me of you getting ready last night and our texts back and forth? I said yeah, what? She said, I put it on Twitter and it went viral."

The tweets range from people weighing in on what shirt to wear, to a San Marcos restaurant offering dinner if Jeff brings a date to their restaurant, to daughters sharing photos of their single mothers who are available for a date.

It’s definitely not the age I grew up in. I mean the cellphones were about the size of a football field and we didn’t have all this available to us," said the father of four girls.

"You do want to get it right with that next person, especially when you’re at an older age and you don’t want to make a mistake again," said Saville who was married for 22 years and his been divorced for nearly three.  "And it’s kind of scary."

With his daughter Carli's help, Jeff is now on Twitter and is hopeful about love. His Twitter handle is @Jeff__Saville.