Vintage WWII planes put on a show across the Houston skies

The Lone Star Flight Museum honored WWII veterans with its Fight to the Finish Fly Over. 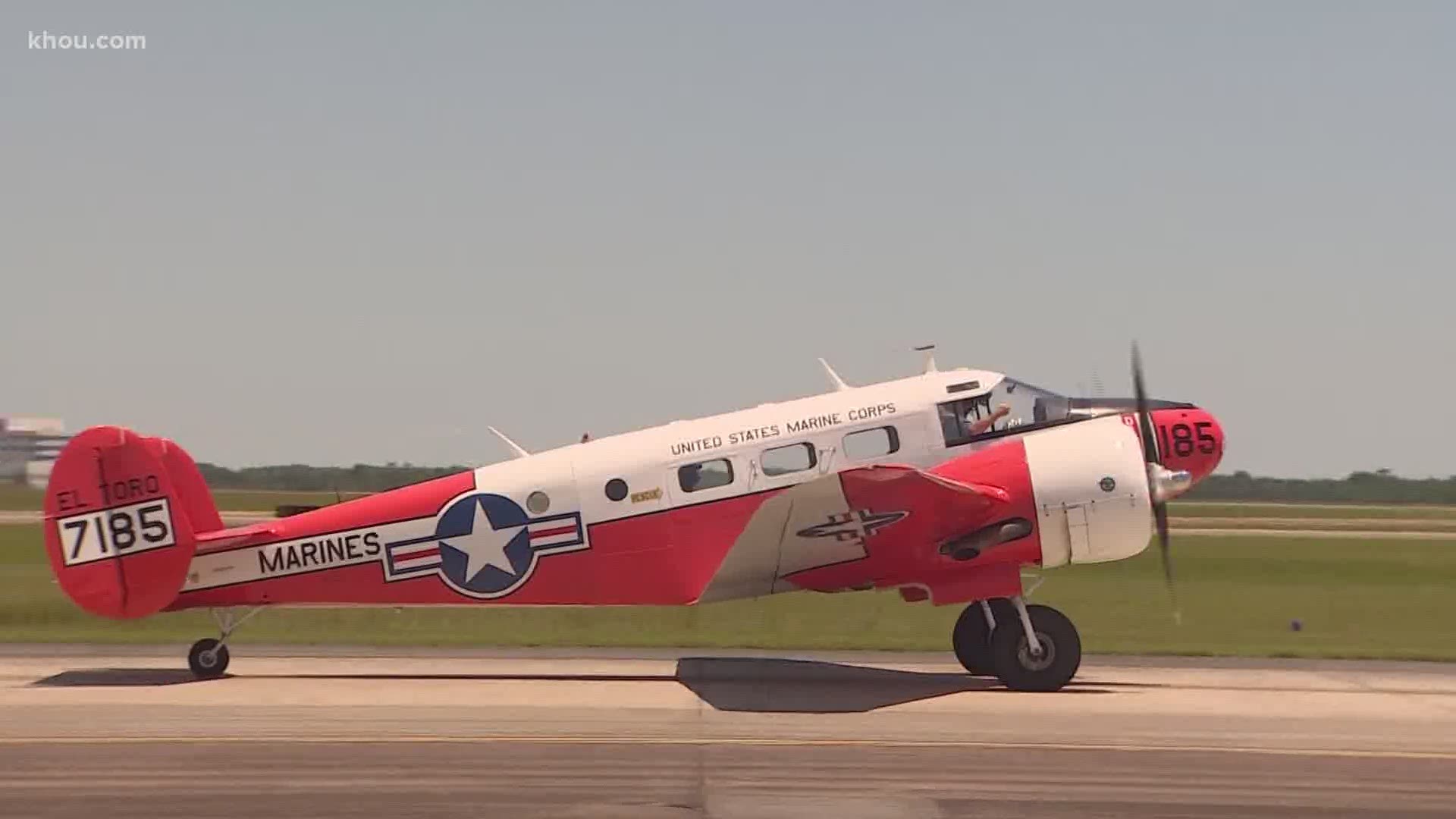 HOUSTON — Rare and historic airplanes took to the Houston skies on Mother's Day to honor those who served in World War II.

The 30 warbirds made a 125-mile trip across Greater Houston beginning at 2 p.m.

For an afternoon, the stress of the COVID-19 pandemic and all the problems it’s causing were put on the backburner as people across Houston looked to the skies to catch vintage WWII planes.

“Very stressful times for all of us,” said Enrique Flores, who was watching the flyover Sunday with his family. “The economy is bad. Many people don’t have jobs.

Flores and his family brought their lawn chairs and masks to the fenceline of Ellington Field this Mother’s Day.

In the afternoon sky above Houston, the Flores family and so many others look for signs of hope.

“We’re just hoping that we can provide that little bit of hope, that we as a country can get through this together,” said Brian Kosior with Houston Wings.

Kosior says the 75th anniversary commemoration of V.E. Day, which is the day the Nazis were defeated in Europe during World War II, has taken on a greater significance for those on the ground.

“Many sacrifices were made by the greatest generation and here on the home front to get through World War II. People did without quite often. We’re hoping this might be a little bit of a reminder that if they could do it again, we can do it right now,” he said.

The 'Fight to the Finish flyover comes just days after the Blue Angels put on a show across the Houston sky. You an see some of those videos below.