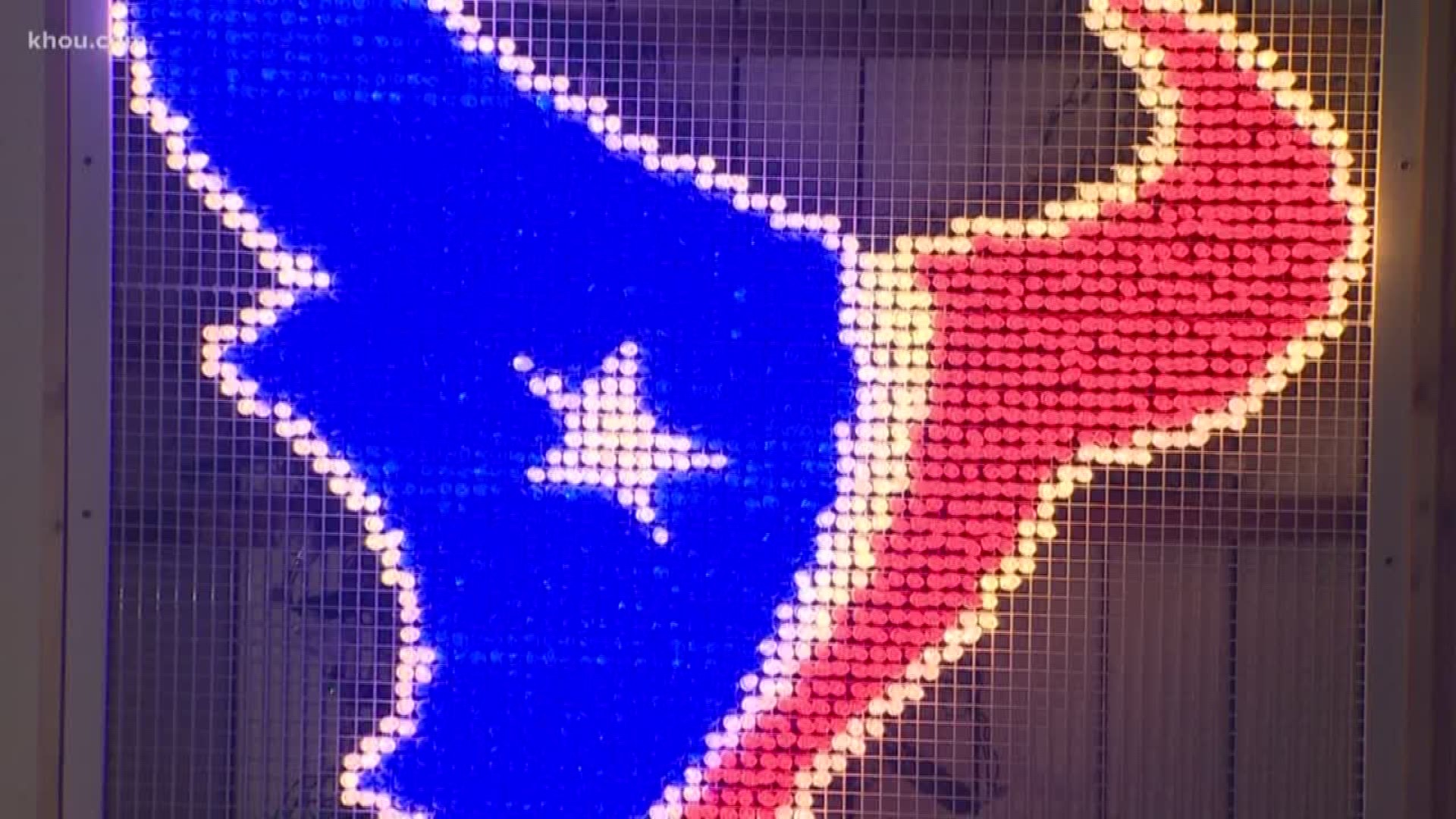 PEARLAND, Texas — Clint Richardson turned his front yard into a football field for Christmas. There's no question his house is Houston Texans turf.

On the sidelines this Christmas are the names of two Texans this city loved, Bob McNair and former President George H.W. Bush.

"They were true patriots, both of them," said Richardson. "Bob McNair loved his Texans. He was on the sidelines everyday like he is today, and George Bush loved the Texans as well."

Clint, who lives in Pearland, says he couldn't salute his hometown team without honoring the fallen giants who cheered on them for years. His special Christmas tribute is turning heads.

"People drive by and they get out of their cars, get in the yard, take photos next to their favorite player," said Richardson.

But this year, it's Bush and McNair getting all the attention.

"I had to stop when I saw it," said one man. "It's overwhelming and just the fact they acknowledged President Bush and Bob McNair. It's by far my favorite so far."

At 10-4, the Texans are looking good and Richardson is hopeful they'll keep it going, knowing they got two of their biggest fans still cheering from above.

"I think people are starting to believe," said Richardson. "I'm going to keep this up until they're out of the playoffs. Hopefully they'll make it a long run"

If you'd like to enjoy this light display, you can head to the Green Tee Terrace subdivision in Pearland near Golfcrest Drive and Green Tee Drive.