Seventy-seven years after surviving the Japanese attack, Aaron Cook is walking, climbing stairs and pedaling a therapy bike to stay healthy. His workout routine reminds the 'younger crowd' that health is hard work. 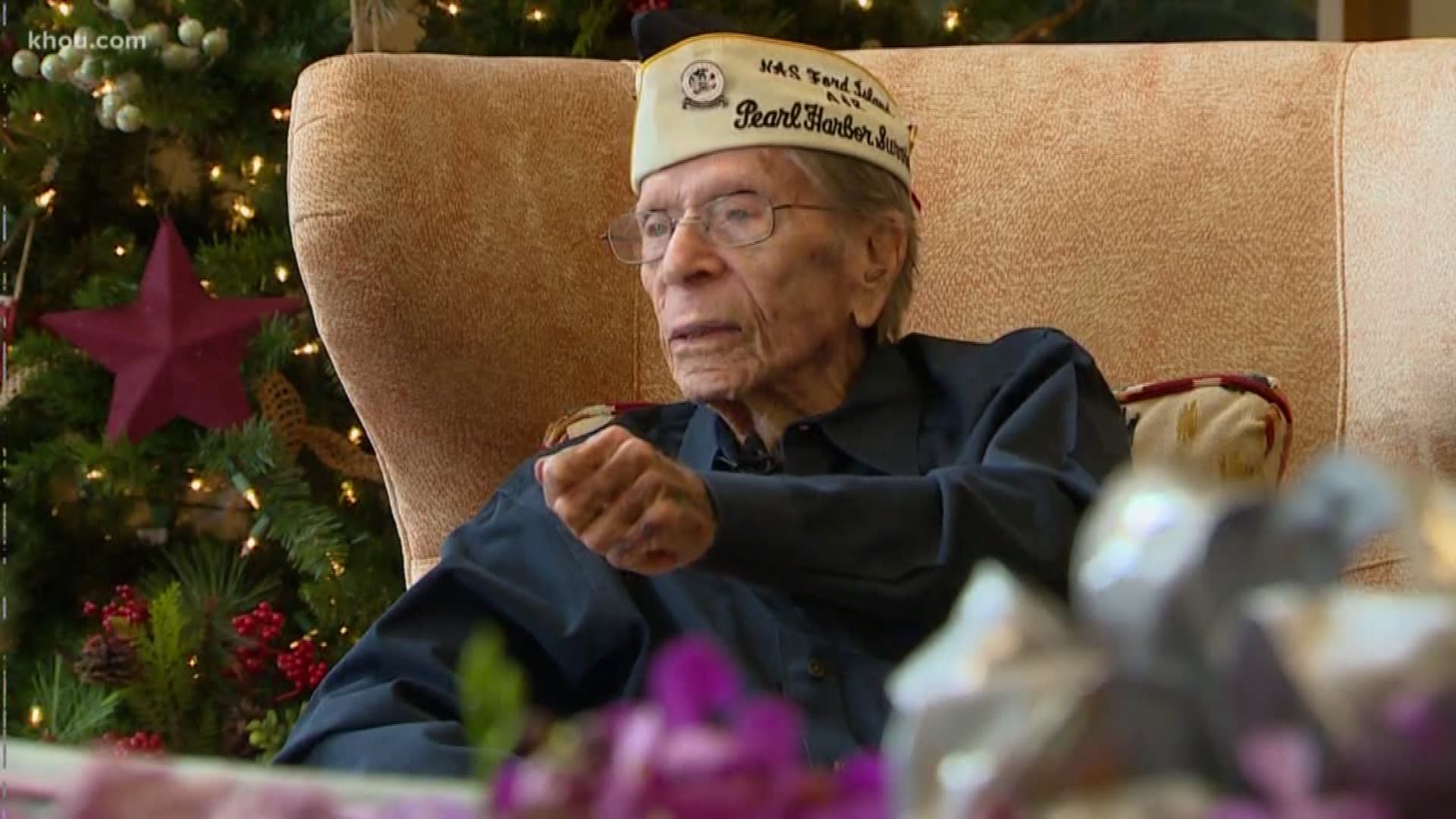 HOUSTON — With each passing year there are less Pearl Harbor survivors to share their priceless memories.

“These planes came over at 7:55, they were flying so low, it was scary,” recalled Navy Aviation Chief Ordnanceman Cook.

It was a Japanese attack on the United States that would propel the country into World War II.

A Lifetime of Fighting: #PearlHarbor77 survivor, Aaron Cook, is alive for love and to inspire others.
His fighting story is on #KHOU11 at 6. pic.twitter.com/PZ4YFNTDan

“They were so close you could see the expression on their faces,” said Cook. “That first bomb blew out the windows and the shock knocked us down.”

More than 2,400 Americans died including servicemen and civilians. Cook volunteered to recover submerged bodies days after the attack.

“We went out in crew boats and we pulled them out of the bay,” said Cook. “We tied the dog tags on them to know who they were.”

Cook, now 96, met President George H.W. Bush at the 75th anniversary celebration at the Presidential Library in College Station. In the two years since, he’s been in and out of the hospital and is currently rehabilitating at North Houston Transition Care.

Cook’s wife, Marjorie, hasn’t left his side in 72 years.

“It’s an infection which he gets quite often,” she said. “Lots of times we didn’t think he’d make it. But he just bounces back.”

Seventy-seven years after surviving the Japanese attack, Cook is walking, climbing stairs and pedaling a therapy bike to stay healthy. His workout routine reminds the ‘younger crowd’ that health is hard work.

Cook has seen every state in the union and sailed around the world. Staring into Marjorie’s eyes, we asking him, what’s next?