If you know anything about the honorary Freeport Officer and Texas Ranger fighting terminal cancer, victory is hardly a surprise. 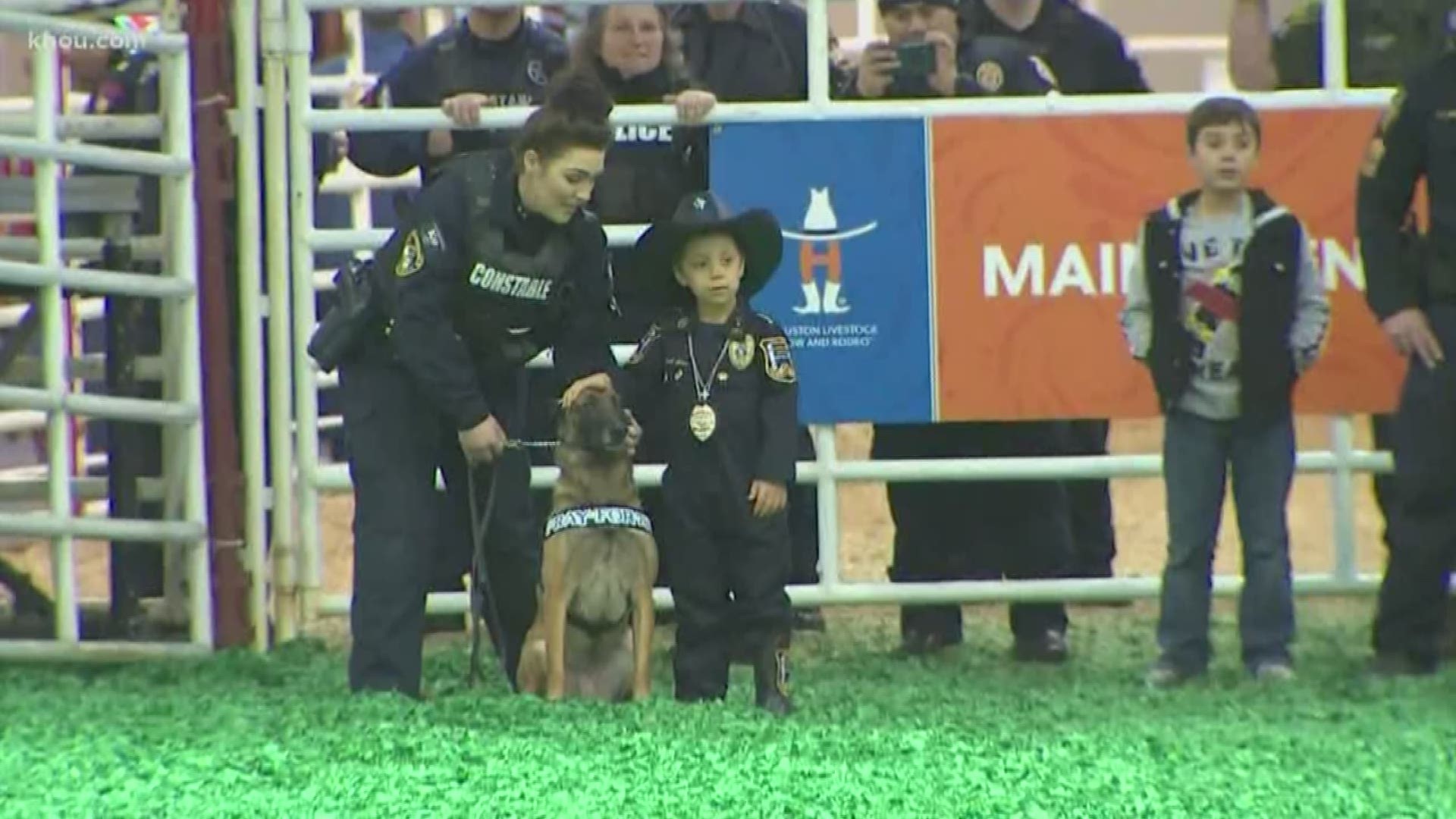 HOUSTON — A 6-year-old stole one of the shows at the Houston Livestock Show and Rodeo Monday night.

Abigail Arias won a contest for which she never trained. If you know anything about the honorary Freeport Officer and Texas Ranger fighting terminal cancer, victory is hardly a surprise.

Police dog handler Madison Dupree passed her K-9's leash to Arias for the toughest, fastest K-9 competition at the HLSR.

“Nobody has ever handled her but myself,” Dupree said.

Arias, though, never shrinks to challenges. She has cancer, which she calls “bad guys” in her lungs that doctors do not know how to cure. Still, everyday she puts on her uniform and fellow officers melt.

“The bad guys are doing not well,” Arias said.

Dupree lost her dad, Chris to cancer. The moment she saw Arias’ story, Dupree had to meet her.

“You can just see the light about her that just shines through,” Dupree said. “She’s such a special little girl.”

So Dupree invited Arias to team-up and join the competition organized by K9s4Cops.

Qwella proved she is no slouch. With hundreds watching, the winner surprised herself. Those who know Arias, though, were not. They only wish she took home more than a trophy.

“I just wish there was something we could do to save her,” said Alan Rosen, Harris County Precinct One Constable. “That’s something we all should be fighting for.”