'Never give up:' Central Ga. boy on his cancer, seeing the new children's hospital

Kyler Pike has been through more than most children his age, but he doesn't let it damper his spirits 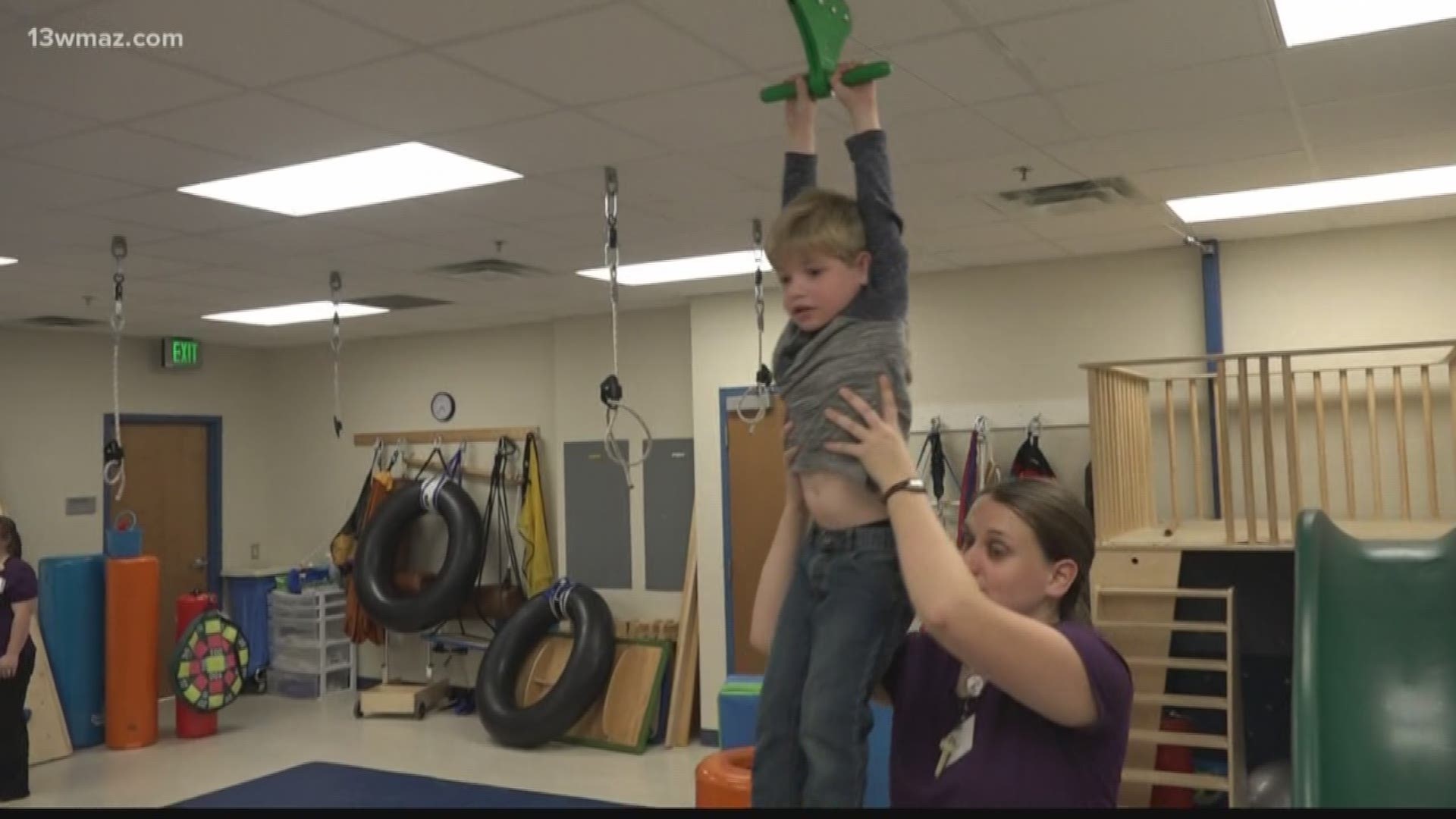 MACON, Ga. — Childhood leukemia is one of the most common forms of cancer in children and many of the patients come to the children's hospital for everything from support to therapy to treatment.

RELATED: Who is Beverly Knight Olson and why is the children's hospital named after her?

13WMAZ wants you to meet Kyler Pike -- he's a little guy that's wide open and even a difficult diagnosis isn't slowing him down.

When you see Pike in action, it's hard to tell he's dealing with a lot.

He runs and plays all in the shadow of his mom, Ashley Pike.

"We have been going to the children's hospital since November 2017," she said.

Kyler has a rare form of leukemia, which is a cancer of the blood.

"It's very high risk. There are studies on it, but there is a newer form called Philadelphia chromosome leukemia, so it mimics it, but it's not the same. There are no protocols for it [and] the research is very minimal; they're in clinical trials for it," Pike explained. "He has that."

He knows he's sick, but maybe not to what extent. Therapy helps fight the disease that looks to rob the rambunctious 4-year-old of his childlike joy.

"It causes him to have bad neuropathy in his feet and his hands, but he also had drop foot in his right foot from it, so he trips and falls," Pike said.

And then there's the hard part that his mom says has already given her son PTSD.

"Doing a lumbar puncture they get put to sleep and they put a needle in their spine and they inject chemo and over the course of three years he will have 24 of them. He's had 16 or 17," she said.

He's got two and a half more years of treatment ahead and five years after that, if it all goes well, doctors could call him cancer-free.

Those weekly trips for chemotherapy and check-ups will now happen in the new Beverly Knight Olsen Children's Hospital.

RELATED: Fight to survive | Nurse chooses NICU at children's hospital after experience with her twins

When the crane and construction crews moved in, Kyler had a front row seat, watching from his hospital room.

So a new building can't take away leukemia, but it can make the journey a little easier.

"Never give up," Kyler said.

"Our faith has grown by leaps and bounds and we just put it in God's hands," Ashely said with a smile.