NASA clarifies why it put all-female spacewalk on hold

It was Anne McClain's idea to cancel the all-female spacewalk after she learned the spacesuit size she needed wouldn't be available by Friday. 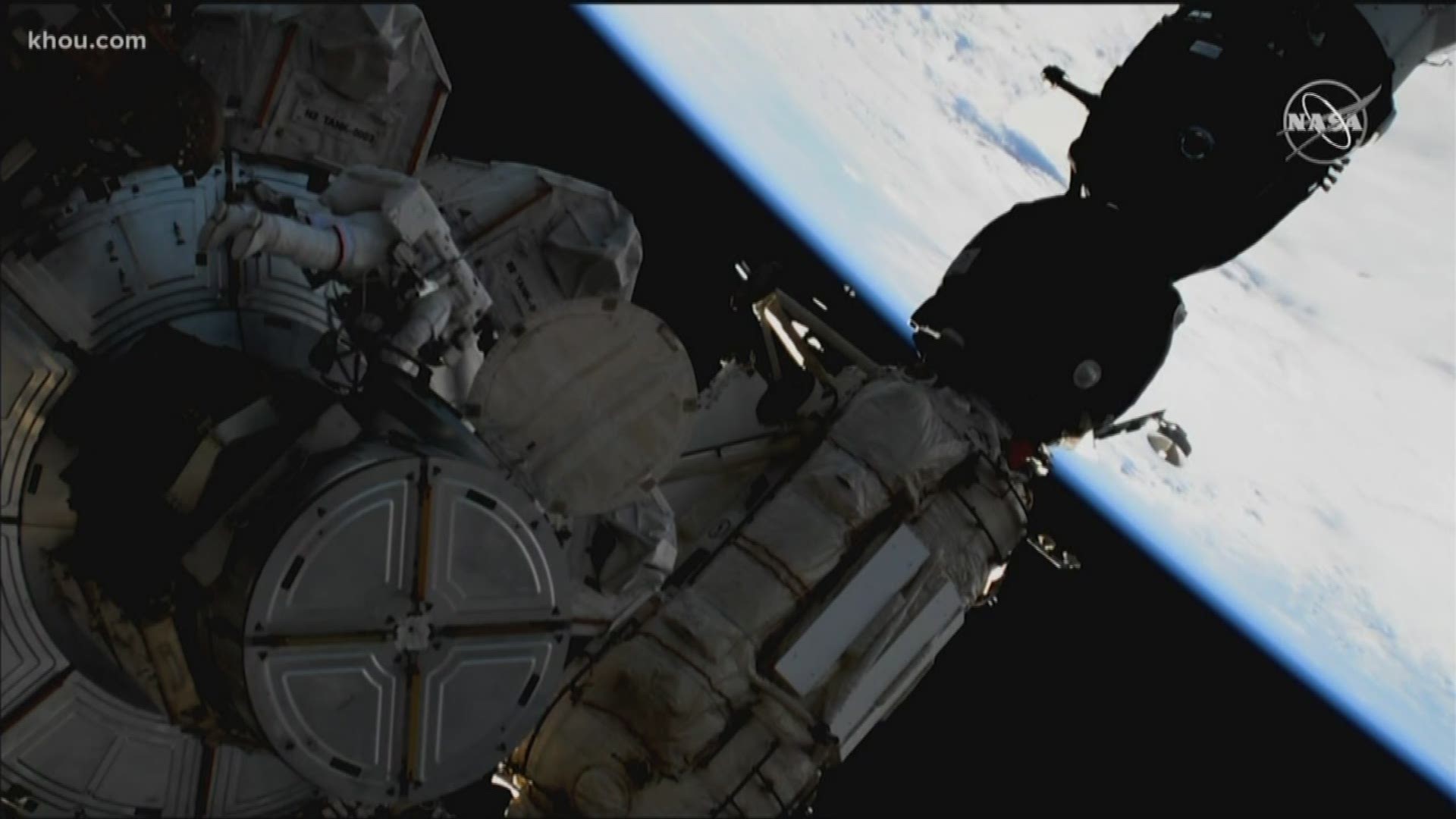 NASA is putting a historic spacewalk on hold.

Astronauts Christina Koch and Anne McClain had been scheduled to conduct a spacewalk, in what would have been the first all-female spacewalk. In addition, female flight director, Mary Lawrence, would have been directing the mission from Johnson Space Center.

“It was really neat to me to see the public interest and excitement going into it,” said Lawrence.

Although excited and captivating, NASA’s intent was not to make history.

“Here it’s kind of just normal business,” said Lawrence. “In fact, none of us really noticed it was happening or stacking up like this until it was kind of pointed out to us.”

RELATED: NASA's first all-female spacewalk falls through due to lack of spacesuit sizes

After consulting with McClain and Hague following their first spacewalk Friday, mission managers decided to adjust the assignments, due in part to spacesuit availability on the station. However, it was McClain who advised Houston of the fitting problem.

“It was mostly the reach that Anne was worried about,” said Lawrence. “When she upsized to a large, her reach would be impacted just enough that the stack up of that combined with the task would not be the most optimal.”

McClain requires a medium-sized hard upper body torso. NASA considers it the shirt of the spacesuit, but because only one medium-size torso can be made ready by Friday, Koch will wear it.

McClain talked to astronaut, Mark Vande Hei, about the fitting problem and the decision to swap fellow American, Nick Hague, out with her for Friday’s mission.

“One of the things Anne really wanted to get across is that we did not cancel an all women spacewalk,” said Vande Hei. “We changed crew on a batter repair and replacement spacewalk that just happened to have two women on it.”

Vande Hei explained, the space station does have more than one medium-sized hard upper body torso but, it would take too long to rebuild a suit with the right sizes and prepare for the scheduled mission.

“I really have a lot of respect for Anne who is someone I know would love to do another spacewalk on Friday,” said Vande Hei. “To do the right thing, make the tough decision even knowing that we’re going to have a lot of attention or scrutiny paid on this.”