The necklace was a nod to bi-partisanship that Nancy’s daughters bought for their mother as a good luck charm after she won her seat in November. 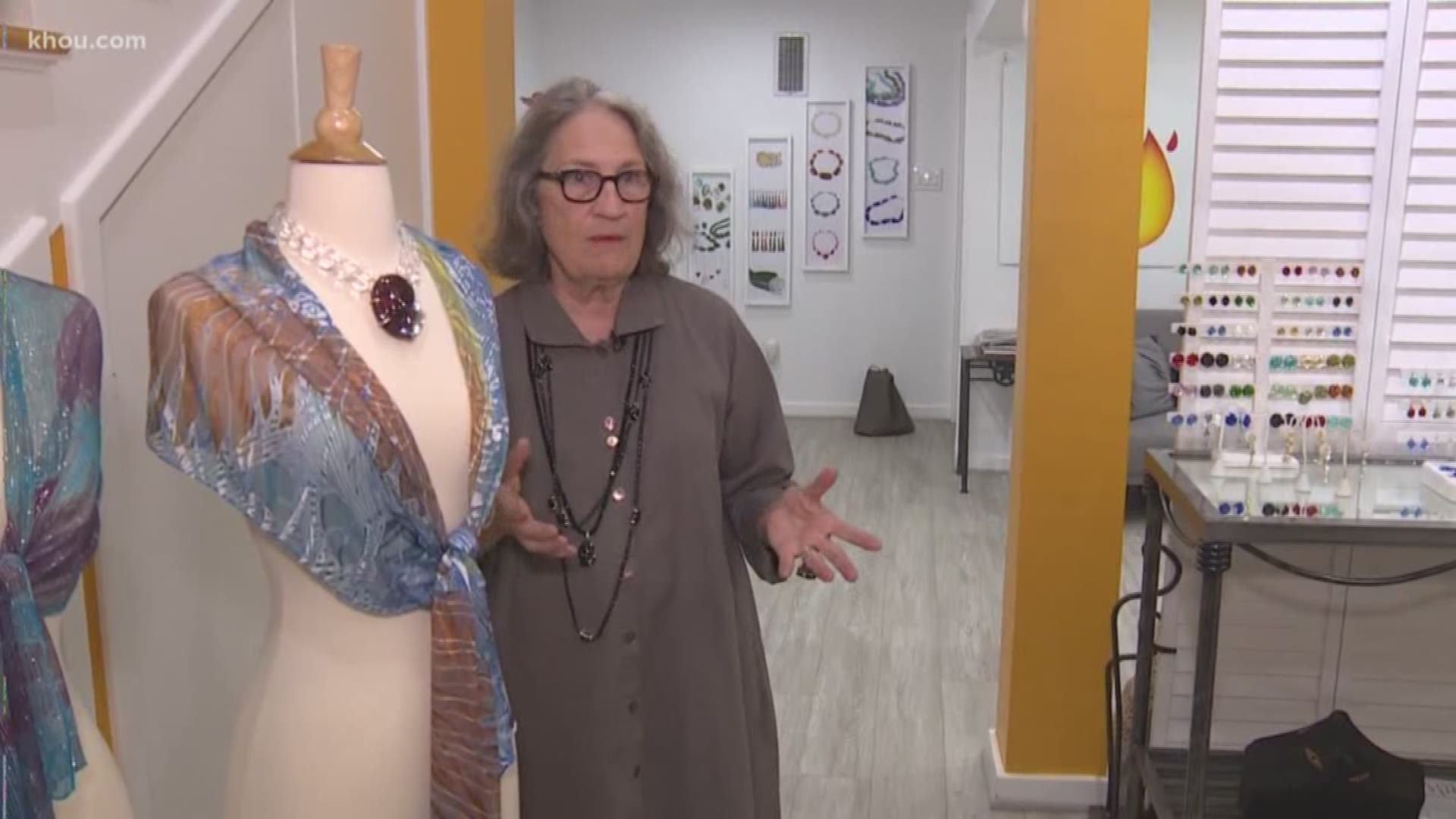 HOUSTON — You’ve seen the necklace worn by Nancy Pelosi at the SOTU, now meet the Houston designer who created the stunning piece.

Mariquita Masterson owns Masterson Design in the River Oaks and says she had no idea Nancy would be wearing the necklace until her friends sent her photos.

Masterson was at a dinner engagement Tuesday when her phone started ringing non-stop.

“It was like dancing in my purse. I got so nervous. I thought I can’t look at the phone at this dinner, but finally I did,” said Masterson.

To her surprise, one photo after another of Pelosi wearing a lapis blue and red opaque glass necklace, designed by Materson, was sent to her phone.

RELATED: Nancy Pelosi's State of the Union necklace has a Houston hook

“Blown away. I was totally blown away,” said Masterson.

The necklace was a nod to bi-partisanship that Nancy’s daughters bought for their mother as a good luck charm after she won her seat in November.

As it turns out, Nancy’s daughters are childhood friends of the Mariquita’s daughters. The same daughters who helped to create the design.

Granddaughter Nina runs the studio, Libby does most of the crafting with her mother and the boys help build furniture in the studio.

The family uses items like clothes for inspiration and even champagne bottles from special occasions as recycled materials. Meaning more often than not, you see a piece like this and you know exactly who made it.

Masterson says in coming weeks, she plans to take her designs to New York where they will be curated for use in a future exhibit.