Lowe's donates lawnmower to boy who was robbed at lemonade stand

Investigators are still working to find the teen who targeted the nine-year-old with a BB gun on Saturday. 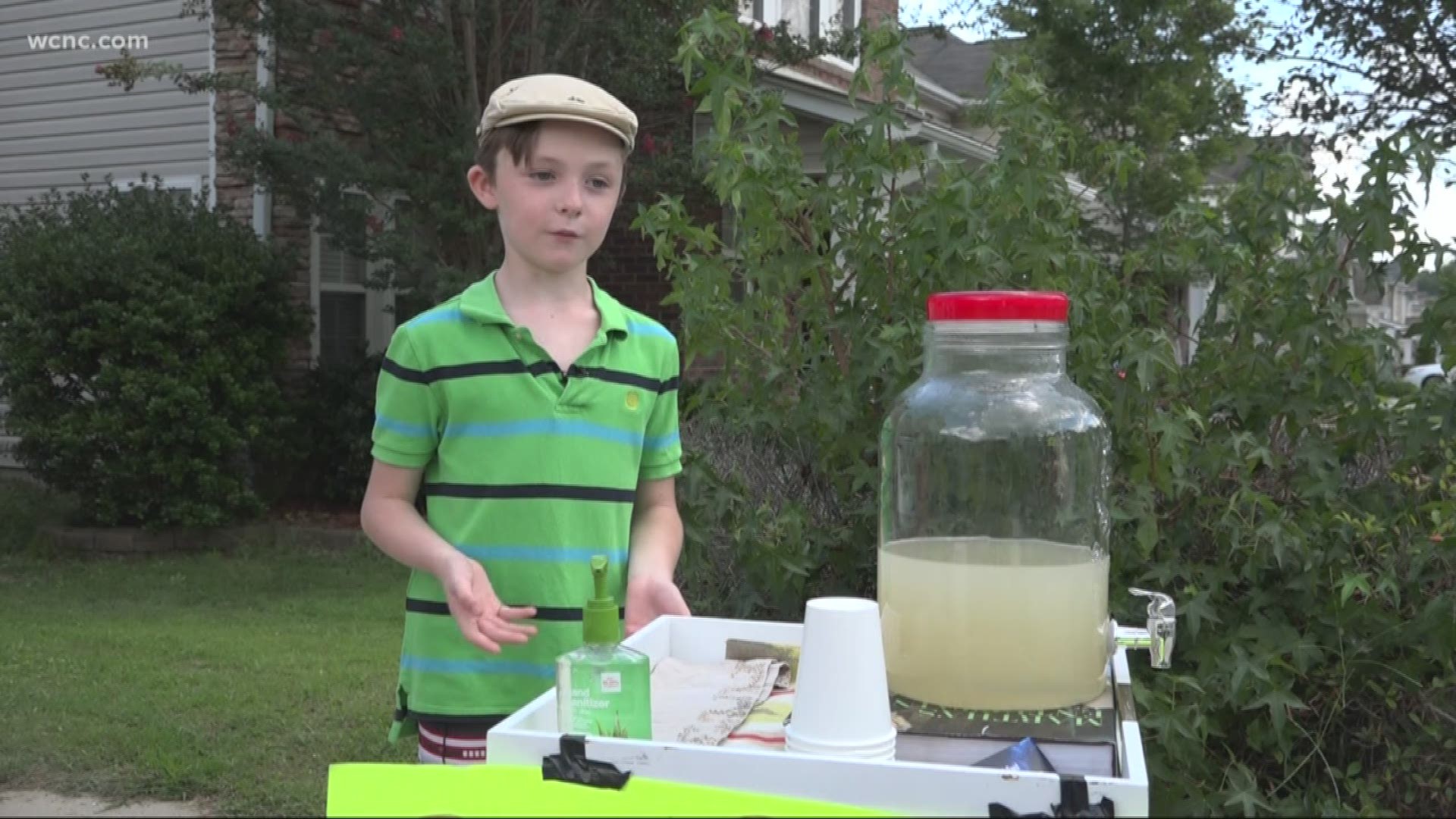 UNION COUNTY, N.C. — There was a big turn of events Monday for a nine-year-old boy who was robbed at a lemonade stand in Union County over the weekend.

Deputies believed a teenager with a BB gun targeted Mark on Saturday afternoon. The young entrepreneur said he was saving up for a new lawnmower for his other business.

“I was selling lemonade,” said Mark. “I was already starting to close up.”

That’s when he was became a victim of a violent crime.

“I showed him my box, so I could give him change, and then he grabbed and showed a gun at me in the stomach and then ran away,” Mark told NBC Charlotte.

Mark’s father, Phillip, was shocked someone would target a young boy who was saving up to buy a new lawnmower.

“Completely blew my mind that something like this could happen,” Phillip previously told NBC Charlotte.

Union County deputies found a camouflage hat, a BB gun and a stolen metal tin in a trail of woods nearby.

“People are capable of a lot of things, but not robbing a child at a lemonade stand, that takes it to a new level,” said Tony Underwood, spokesman for the Union County Sheriff’s Office.

“I was thinking, ‘What is wrong with this guy?’” Mark told NBC Charlotte. “I thought nobody has ever robbed a lemonade stand with a gun.”

Investigators are still working to find the suspect. Meanwhile, Mooresville-based Lowe's heard about the story and gave Mark a new lawnmower.

“I got my riding lawnmower, and I’m so thankful, and everything is OK now,” Mark told NBC Charlotte. “It feels great, it feels like the hard work paid off.”

Mark said he has to figure out the new lawnmower and hopes to be using it in the next week or two.