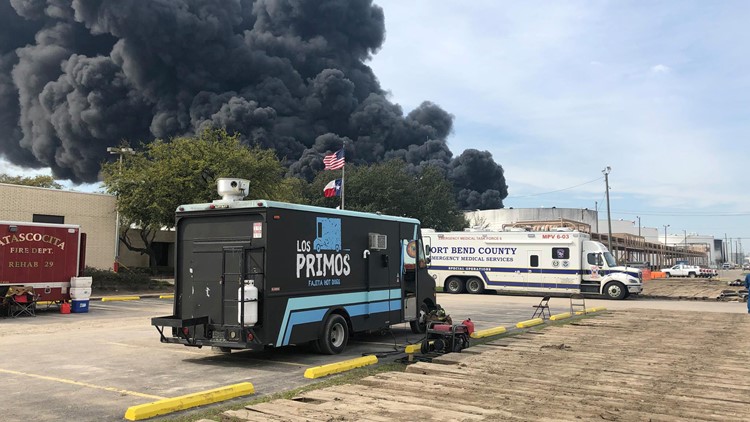 DEER PARK, Texas — Firefighters proved to be resilient and relentless as they attacked as a massive storage fire at Intercontinental Terminals Company in Deer Park this week.

The three days spent extinguishing the fire took bravery not only from emergency crews but from Good Samaritans willing to lend a helping hand.

“I knew they needed more resources, so I dipped into my savings, bought whatever I could without going broke and took the food truck out there,” said Ramirez. “I knew how dangerous it could get so if this was their last meal I’m not gonna let these guys eat cold pizza.”'

Ramirez even told us he brought his gear just in case firefighters needed extra help.

Ramirez said La Montana Meat Market and Kroger helped him with supplies. With a help of a few friends they were able to serve more than 100 firefighters.

“It was an amazing experience traveling there not knowing if we would come back and supporting these first responders fight the good fight,” Ramirez said.

The owners of Spartcos didn’t think twice about helping those fighting the chemical tank fire.

In a statement they wrote, “It doesn’t matter if it’s a police officer, a firefighter, teacher, doctor, or someone right next to us in need. What’s important is to do the good without expecting anything in return, because the best payment we can receive comes from the heavens of God.”

And that’s how you Stand For Houston.