Jessica Eddleman says they made the trip so her 11-year-old daughter could see Chris Young play. They showed up downtown Wednesday not knowing the event was canceled. 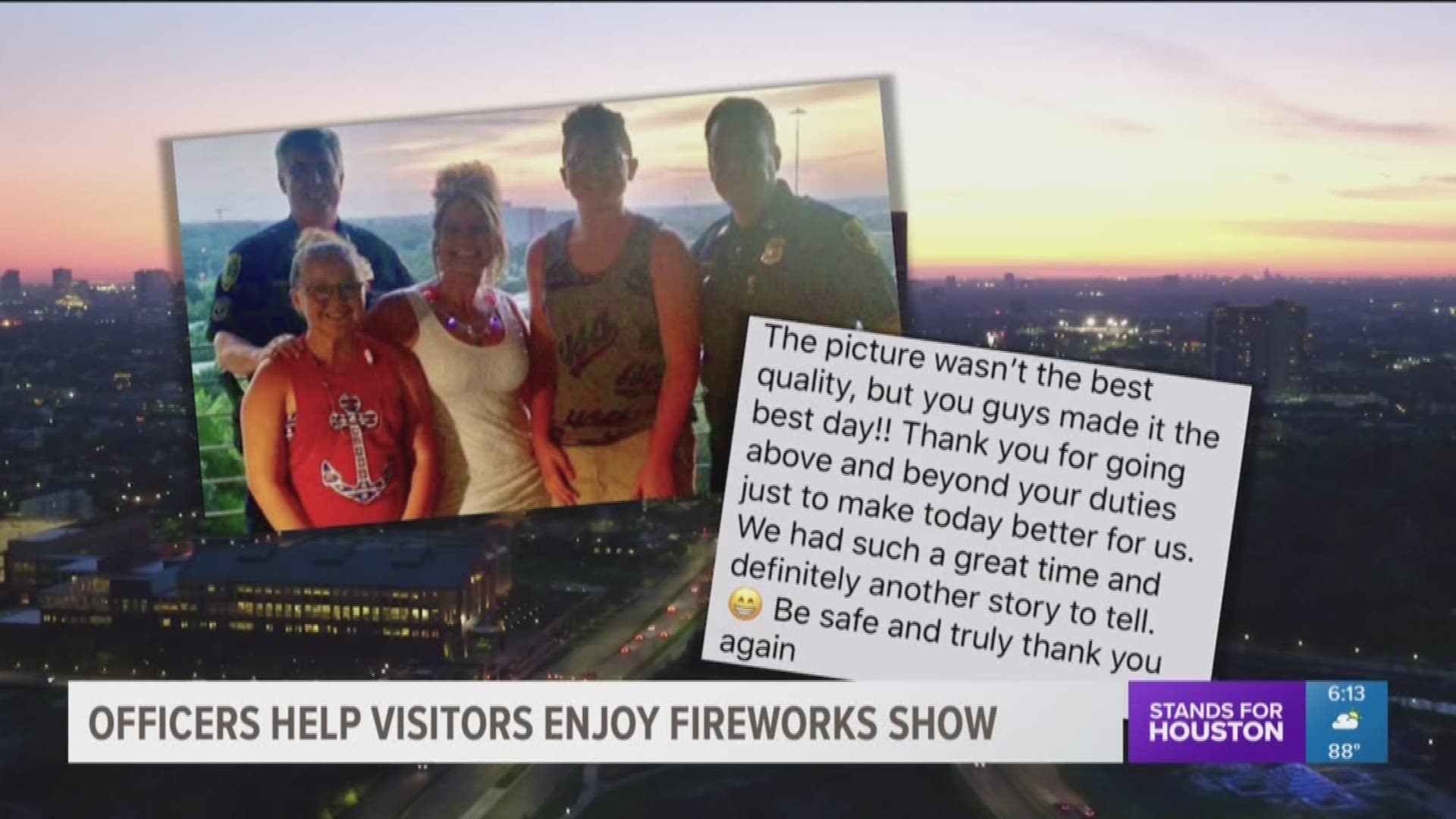 HOUSTON - A lot of people were disappointed Freedom Over Texas was washed out on the Fourth of July.

That includes a family who drove from Missouri to attend the festival.

Jessica Eddleman says they made the trip so her 11-year-old daughter could see Chris Young play. They showed up downtown Wednesday not knowing the event was canceled.

“They had driven two hours through the storms and floods to try and make it there, because they were vacationing from Missouri down here in Houston/Galveston area,” he said. “They had an 11-year-old daughter. You could tell she was extremely heartbroken over the concert being canceled. I have an 11-year-old daughter myself, so I know the disappointment of young girls.”

He and Sgt. Mike Loessin have worked security at a downtown parking garage on the 4th of July for the last several years. They told the family to grab dinner at Discovery Green then come back.

“We actually called his personal cell phone. He took us up to that parking garage where we watched beautiful fireworks,” mom Jessica Eddleman said.

They got a front-row seat to the fireworks from the roof of the Heritage Plaza parking garage.

The family is already driving back to Missouri, but they said the two officers were the most memorable part of their trip.

“Well, it was a little heartbreaking, but as soon as I seen the cops and how they made me feel, that just made my vacation,” said 11-year-old Erica.

“I know this is one of the thousands of stories that none of them ever get told,” Jessica Eddleman said. “Day in and day out, they put their lives on the line for us. Then they go out of their way to make us not only feel safe, but happy and comfortable in everything they do.”