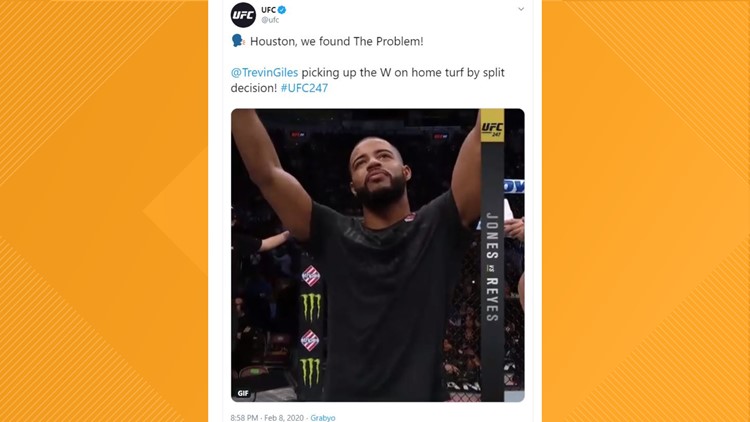 HOUSTON — The Houston Police Department has a champ on their hands.

Officer Giles stepped in the octagon with James Krause in the middleweight competition.

The Houston Police Officer's Union acknowledged Giles' win via their Twitter page and he even got a major shout out from Mayor Sylvester Turner.

Giles is ranked as the No. 1 middleweight in Texas and Louisiana. He's been a professional fighter since 2014.