Darrell Sims’ dad died thinking the motorcycle on which he emptied a personal savings would never come home. 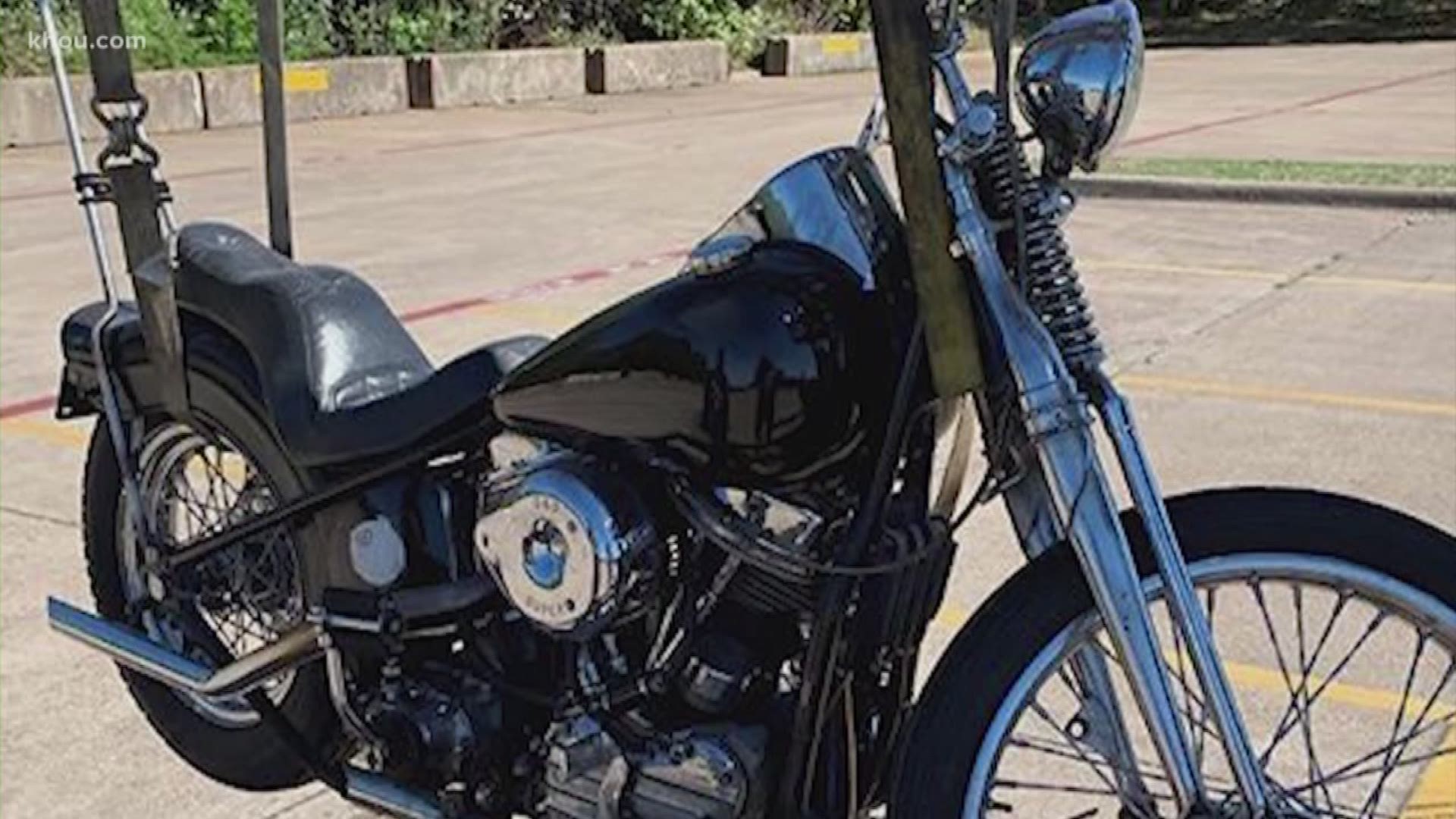 HOUSTON — Anyone ripped off, robbed or reeling over things lost or stolen here’s hope: police found a Harley Davidson snatched 48 years ago.

The motorcycle is with its rightful owners who say it is now worth more than ever.

Darrell Sims is full-throttle thrilled with his grandson’s future chopper and its long road home, even if the guy who bought it never got to share their joy.

“I probably miss my dad everyday and now he’ll be in my garage,” Darrell Sims said.

“He was all over looking for it,” Darrell Sims said.  “You’re looking for a needle in a haystack in Houston.”

Sims’ dad died thinking the motorcycle on which he emptied a personal savings would never come home.

However, police in Dallas recently found the bike and asked HPD to find Sims or his family.

“(An HPD detective) told me I probably made 40 calls before I found you,” Sims said.  “I’ll tell you hats off to those guys because that’s effort.”

After showing a court proof, the bike is in Sims’ driveway.  On Facebook, he shared the story of his dad’s motorcycle.  It inspired some readers who believed their stole goods were gone forever.

Several people, including someone in France, offered to buy Sims’ Harley.  It is not for sale, though.

He plans to restore the motorcycle’s original look and keep it in the family.  To them, the motorcycle is an heirloom more valuable than nearly anything else Sims owns.