Gator attack a reminder of how dangerous the reptiles can be

Texas Parks and Wildlife estimates there to be at least 500,000 alligators in Texas, with a large majority of the population in Liberty, Orange, Chambers and Jefferson counties. 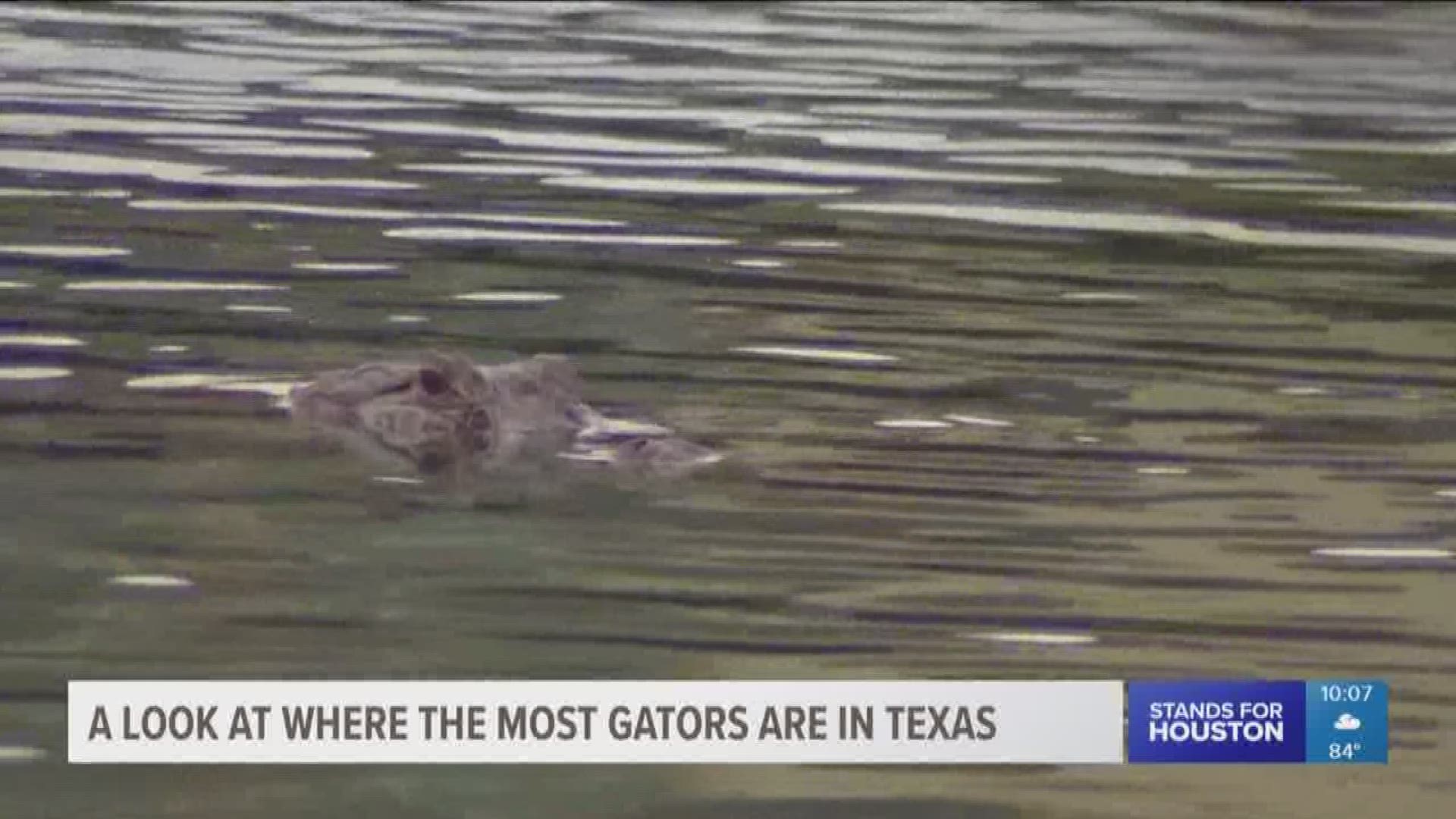 HOUSTON — On Monday a woman was killed in Hilton Head Island, South Carolina in a very rare alligator attack. Police say the woman was trying to protect her dog from the alligator and when she wouldn’t let go of the leash, the gator turned on her, pulling her underwater.

These attacks are extremely rare, but because Texas is home to so many alligators, these tragedies serve as a reminder that these animals can be dangerous.

Chris Stephens, better known as Gator Chris, is an alligator expert around Greater Houston and it is his job to manage alligator populations on private ranches and in several communities.

“I have a deep healthy respect for them,” explained Stephens. “I guess you can call it love for them. I go out and teach alligators and people how to get along; how to behave.”

Stephens educates communities how to cohabitate with alligators, mainly by not feeding them, and also makes sure community alligators are afraid of humans.

Texas Parks and Wildlife estimates there to be at least 500,000 alligators in Texas, with a large majority of the population in Liberty, Orange, Chambers and Jefferson counties.

Stephens believes there could be as many as one million gators in the state and says Fort Bend County ranks number one for neighborhood encounters because of the many communities built along the Brazos Bend Watershed.

“There’s honestly probably one in every neighborhood in Fort Bend County that has a pond or a creek that goes through it,” he said.

Fort Bend County is also home to the Brazos Bend State Park, which is home to hundreds, if not thousands of alligators.

According to Stephens, alligators don’t typically pose much of a threat to humans.

“They really don’t want to bite us or be around us or mess with us,” Stephens said. “Here in Texas, there have only been two fatal attacks and 200 years.”

There were two non-fatal attacks in Texas last year, according to Jonathan Warner, the alligator program leader with Texas Parks and Wildlife. Both of the attacks were fisherman who had accidentally stepped on an alligator.

Nationwide, since 2015, there have been at least eight deaths by alligator.

Stephens says alligators typically become a threat to humans because we feed them, which is illegal in Texas.

He says that sort of behavior breaks down the fear barrier the alligators naturally have to stay away from people.

Stephens warns that alligators can travel up to 30 miles per hour and advices that anyone who comes eye-to-eye with a gator, “you should back up and run in one direction as quickly as you can. Try and keep your eyes on it as soon as you see it. But, if it’s really running at you, you want to turn and run one direction as fast as possible. That zig-zag thing is crazy.”

If you must, the best way to observe an alligator is from afar.

Alligators play an important role in our ecosystem, according to Stephens, by eating hogs and water moccasins and help manage the beaver, river otter and rabbit population.