Texas A&M alumni and soon-to-be parents were surprised after their ultrasound revealed their baby to be throwing up the UT Longhorns 'Hook 'Em' hand sign. 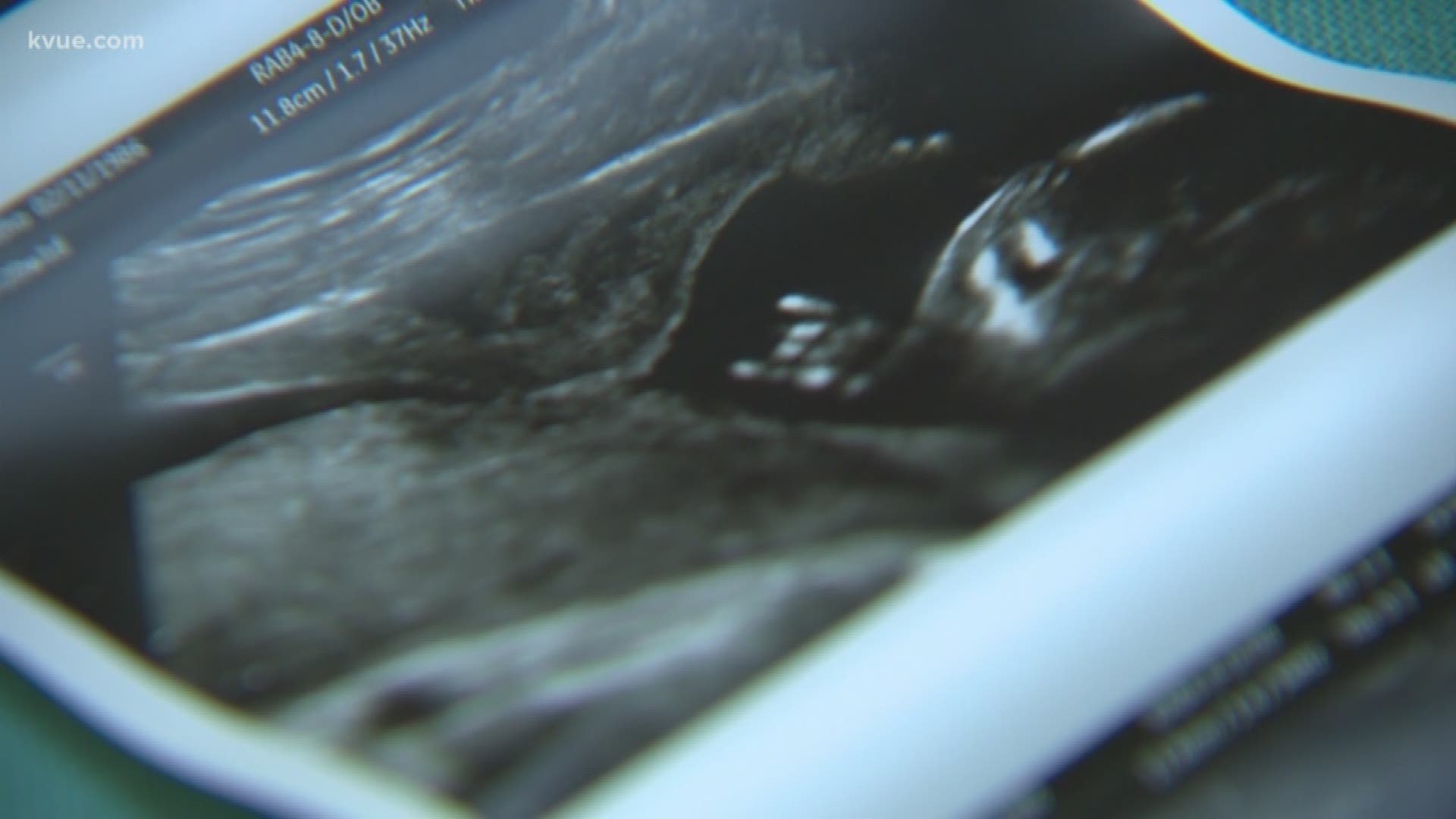 A Texas A&M couple expecting their first child were surprised when the sonogram came back with their baby holding up UT's famous 'Hook 'Em' hand sign.

Aggie alumna and soon-to-be mother Samantha Perkins said she was just excited to see her baby boy having "ten toes and ten fingers." She is 21 weeks along in her pregnancy.

"I wear maroon every game day weekend if I'm here in Austin," said Perkins. "My grandpa was class of 38 in the Aggie band and so growing up that's where I wanted to go to school I didn't apply anywhere else."

A&M is where she met her husband and now they're hoping for a fourth generation Aggie comes in January.

"My husband and I were in the Corps of Cadets and I was in the Fightin' Texas Aggie Band, so we definitely bleed maroon," Perkins told KVUE. "But we also greatly value education, so we would be happy with any school that he might choose. I think it would be an easier pill to swallow if he went to t.u. because he got a full ride scholarship! Thanks and gig 'em!"