The airline is Standing For Houston by flying a forgotten bridesmaid dress to Central America just days before a wedding. 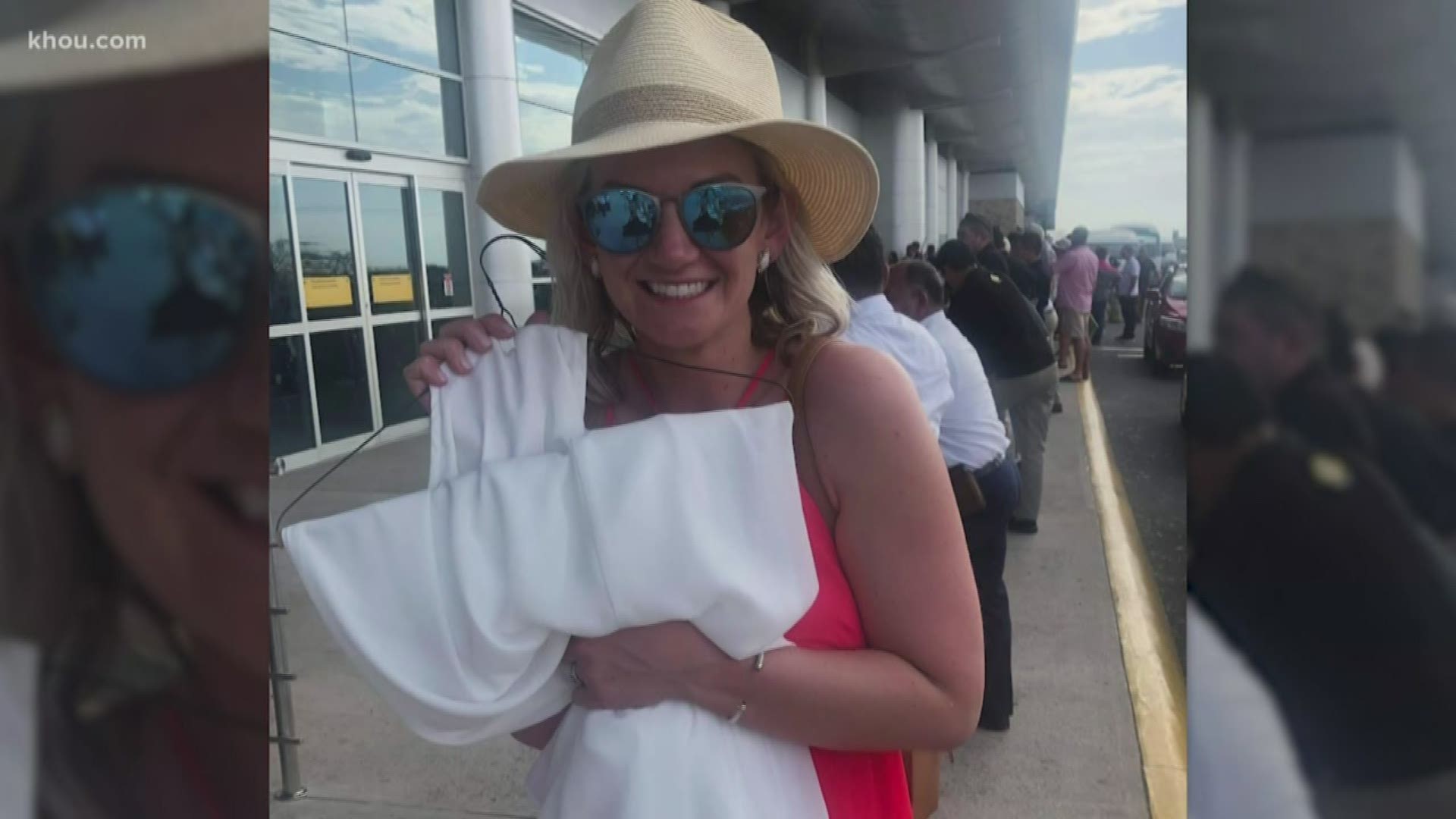 HOUSTON — UPDATE!: The dress made it safely to the anxiously waiting bridesmaid and bride in Costa Rica.

With the dress in hand, Taylor Kenney shared photos of herself with her bridesmaid and a couple of Southwest Airlines employees.

Credit: Taylor Kenney
The bride (right), two airline employees, and the bridesmaid clutching the dress are pictured here in Costa Rica on Friday.

Give it up for Southwest Airlines! The air carrier took customer service to a whole new level when Taylor Kenney reached out to the airline on Twitter Thursday afternoon.

At 4:57 p.m. on Feb. 28, Kenney tweeted this message to Southwest Airlines: "help!! My friend is in a wedding on Saturday in Costa Rica but she left her bridesmaid dress here in Houston! Can we get her dress on flight #1734 tomorrow??? #WorthATry #BestCustomerService."

Hundreds of people began following the conversation on social media, either retweeting or liking the posts.

Friday morning, Kenney shared an update: "Another friend just dropped the dress off at Hobby Airport and @SouthwestAir was there, ready for the hand off!"

Southwest then tweeted a photo of the dress, confirming its arrival at Houston's Hobby Airport at 7:22 a.m. along with this message: Shout out to the bridesmaid's friend Rachel, who dropped it off at the airport this morning. We all need a friend like Rachel.

KHOU 11 News reached out to Southwest Airlines and Taylor Kenney for an update.

The airline sent us the following statement:

"When we saw the call for help on Twitter @southwestair, we knew we had to say yes to the dress! Our social team jumped into action and coordinated with our local Houston Team to meet a friend of the bridesmaid in time to get the dress on a flight to Costa Rica today. This bridesmaid story has a happy ending, and we’re thrilled to play a part in making this special day a success. Cheers to the happy couple—and one relieved bridesmaid—from the LUV airline!"

A check of southwest flights departing Houston for Costa Rica, shows two options: a flight at 10:35 a.m. for Liberia and another flight departing at 5:05 p.m. for San Jose.

It's unclear where, exactly, the dress is headed but we know as of Friday evening, the dress made it there safely!

Credit: Provided
The lucky bridesmaid with her dress delivered safely to Costa Rica by Southwest Airlines.