She first captured Ellen's attention as a random audience member seven years ago in Season 8. 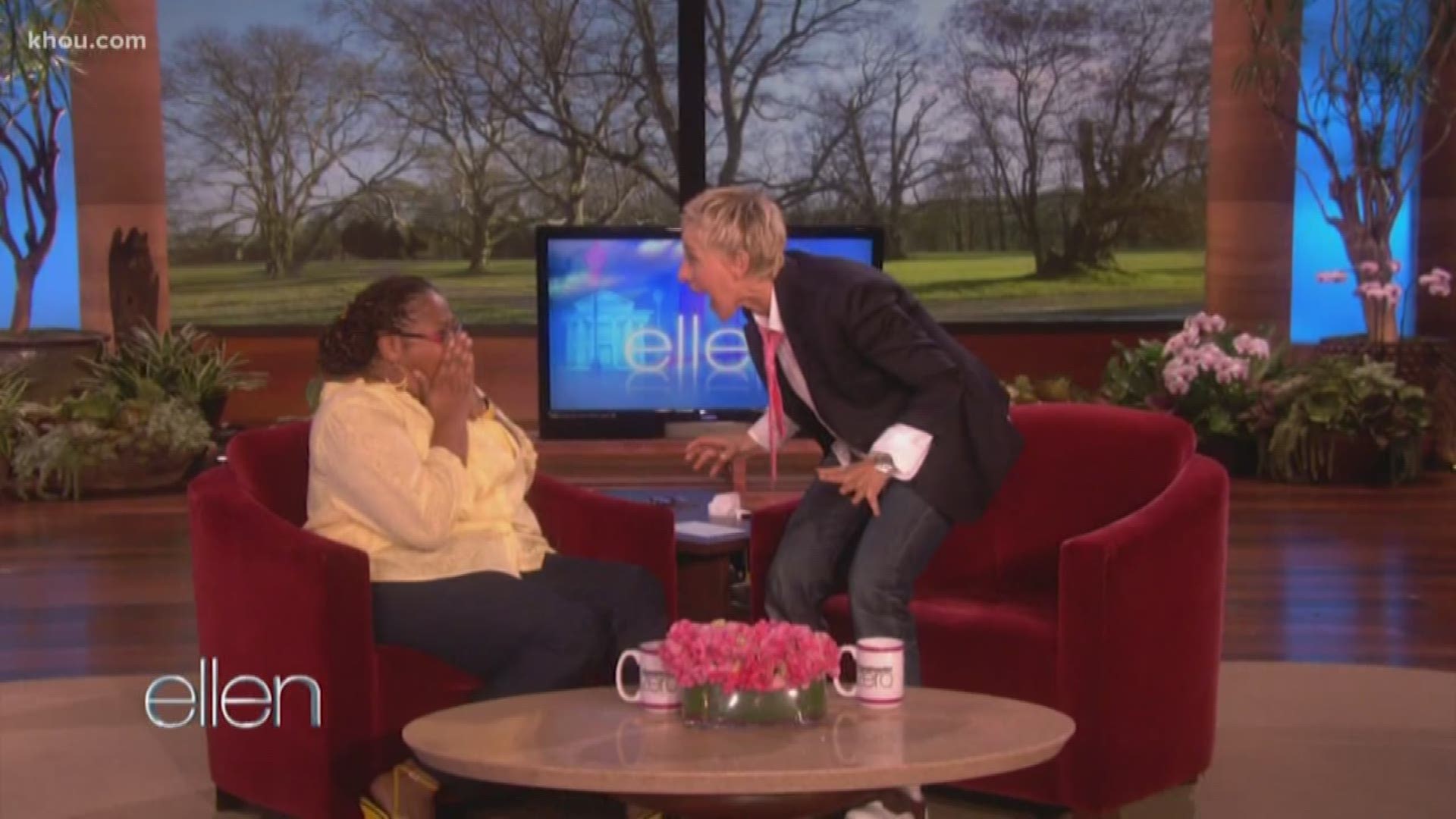 HOUSTON — A beloved guest on the Ellen DeGeneres Show has died after battling Stage 4 breast cancer.

Manvel, Texas native Lisa Jarmon won the hearts of the television host and the hearts of millions of her viewers during multiple appearances on the show.

On Wednesday, Ellen paid tribute to Lisa during her show and announced the launch of the Lisa Jarmon Fund.

The fund aims to raise money for other deserving people like Lisa. Shutterfly kicked off the fund with a $100,000 donation in her honor.

Ellen Pays Tribute to Beloved Guest Lisa Jarmon - EXTENDED VERSION
Ellen paid tribute to Lisa Jarmon, one of the most memorable guests who's ever been on the show. Lisa recently passed away after a battle with breast cancer. Ellen took a look back at some of her favorite moments with her inspirational guest.

At the time, Ellen was touched by her extreme enthusiasm and excitement to see her and called her up to be a guest on the show.

Since then, Lisa has made several memorable appearances where Ellen has gifted her a new car and even a brand new home for her and her young children.

And during her last appearance, she was given a rare Ellen Show honor.

"When we feel like someone is a member of our family, we give them a seat in the audience." Ellen said.

The Ellen Show crew found the very seat Lisa sat in during her first time at the show and had it officially named the Lisa Jarmon seat with a golden plaque and her name on it.

Credit: The Ellen Show
Lisa Jarmon is shocked to see her name on a seat in the audience of The Ellen Show - a rare honor given to only a couple of guests before her.