He will still practice medicine serving women as a gynecologist. However, he delivered his final child Wednesday morning. 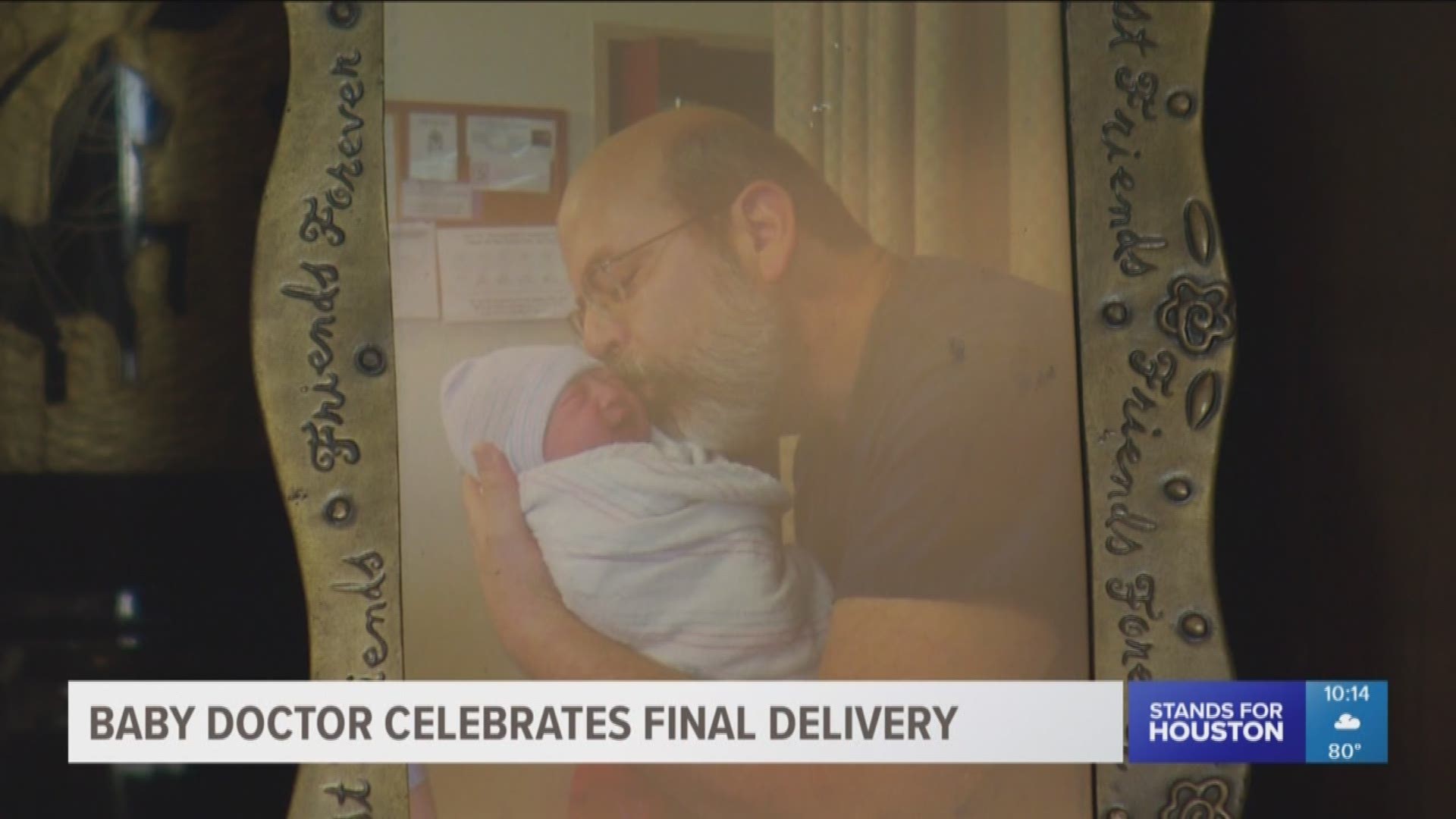 Dr. Hector del Castillo Jr.’s last of more than 9,000 career baby deliveries saw friends, family, and co-workers he’s known for 25 years smother him with applause and cheers. It was enough to make him dance even if del Castillo felt like crying.

“I was sad,” he said. “That’s a not a situation that I’m going to be able to walk into again. It’s the number one thing I’ve always done and I have never really imagined myself being a doctor without being a baby doctor.”

Officially, a doctor of obstetrics and gynecology, del Castillo considers himself a “baby catcher” who “helps ladies in need.”

“It’s the most important thing I can do (for a pregnant woman) at that point,” del Castillo said. “It’s usually one of the important dates for that family. If you’re blessed enough to deliver three, four, five, six kids for one family, it’s just awesome.”

In his office, he keeps patient pictures near another treasure: a portrait of the reason he’s walking away from his passion.

“You reach a point when your family, especially your wife who has been with you through every one of those deliveries says it’s time,” del Castillo said. “Spend some time with us.”

His family endured decades of round-the-clock on calls, cancelled dates and vacations del Castillo could not take in order for his patients to celebrate healthy, new babies.

So, del Castillo chose a new career path starting Thursday. He will still practice medicine serving women as a gynecologist. However, he delivered his final child Wednesday morning. Thanks to friends and family, he savored the moment.

“I have a lot to give back in life because they’ve given so much to me,” he said.