The Astros superstar spent more than an hour at the wedding talking to the newlyweds and mingling with fans. 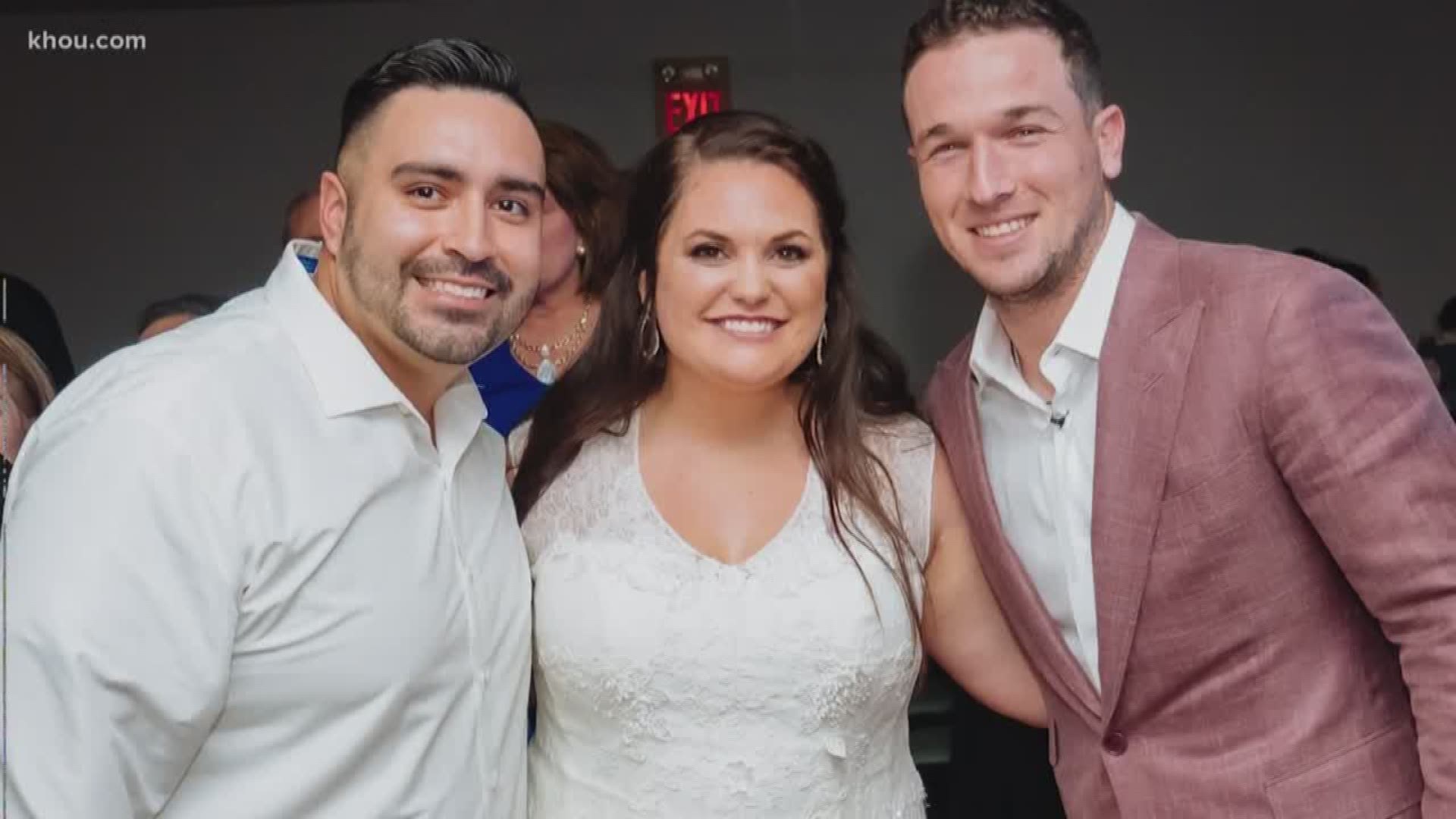 HOUSTON — Steven and Haylee Lopez are lifelong Houston Astros fans, but they never expected one of their favorite players to be a part of their wedding day, until Alex Bregman crashed it.

"Yesterday at the reception, I sent Alex an Instagram video, and said hey Alex wish you were here, and he hopped in his car and came to the wedding," said Haylee.

Bregman just walked through the doors of the couple's wedding reception in Cypress. The crowd went wild.

This is what happens when an @astros superstar crashes your wedding. @ABREG_1 surprised a Cypress couple at their wedding reception. See the moment he walked in and hear from the happy newlyweds tonight on @khou at 10:40 #KHOU11 #HtownRush pic.twitter.com/zsOy2XYx0B

"We were just looking at each other," said Steven. "She was jumping up and down like a little kid. We were both star struck."

Bread and Water Productions shot Haylee and Steven's wedding. They're the same crew working with Bregman on his new YouTube series. Haylee said Bregman made a last-minute decision to crash the reception.

"He said they were just sitting around tonight, so let's go crash a wedding," said Haylee.

The Astros superstar spent more than an hour at the wedding talking to the newlyweds and mingling with fans.

"He just came to us, gave us a big hug, like he had been our friends forever," said Haylee.

Haylee said it was the most unexpected wedding gift they could have gotten.

"Absolutely hands down the best day of my life and that was just icing on the cake," said Haylee.