When the three Houston sailors completed the Talisker Whiskey Atlantic Challenge, they ended up in the Guinness Book of World Records. 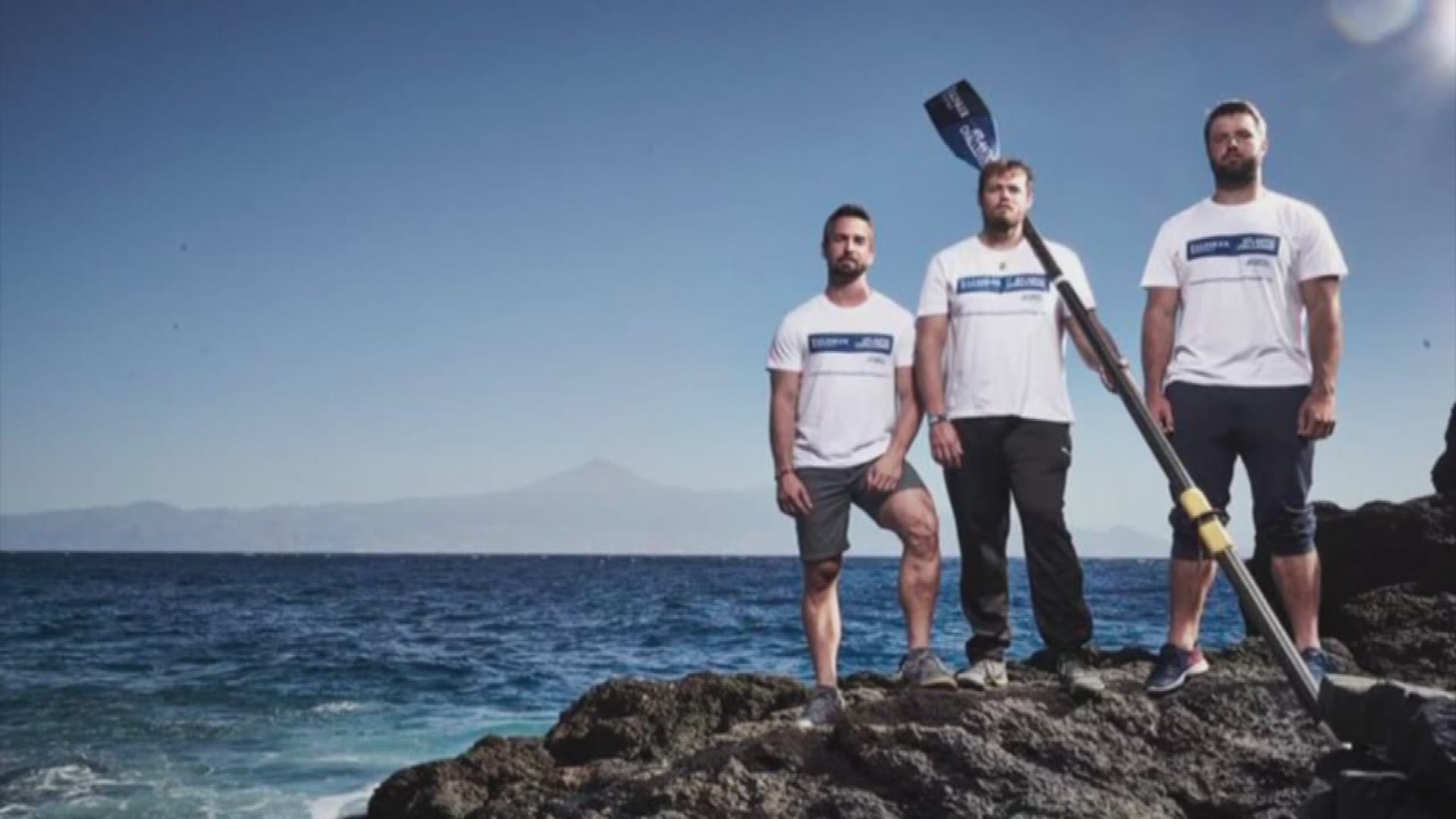 It sounds like a joke. Did you hear the one about the three Texans who crossed the Atlantic Ocean – in a rowboat?

It’s a real story, one that took three years and 3,000 miles to complete. When the sailors completed the Talisker Whiskey Atlantic Challenge, they ended up in the Guinness Book of World Records.

On December 14, 2016, the Talisker Whiskey row began, featuring 12 teams sailing from the Canary Islands off West Africa to Antigua in the West Indies. It is a journey of 3,000 miles.

Among the teams were the American Oarsmen comprised of three guys from Houston. They worked in 4-hour shifts.

“You sit 12 hours a day, rowing. You get bed sores. It's not really glamorous. Some folks had hands getting calloused over," said Matson, a petroleum engineer.

Satellite phones and texting helped the crew keep in touch with family and friends. Podcasts also helped with the mental monotony, but the toughest part?

“You never sleep. You get 2-hour naps but you never get a full night's sleep," Matson said.

It was close quarters for the crew. The rowers, about 6 feet to 6-foot-3 tall, were cramped on the 22-and-a-half-inch-long fiberglass boat named "Anne” after Anne Sullivan, one of the Houston firefighters killed in the Southwest Inn Fire. Matson was a volunteer firefighter and a friend of Sullivan’s.

From day one, they had to carry everything they needed, including the food.

“It’s mostly for backpackers," Matson said of the food pouches. "It's freeze dried to make it light. We also had a lot of bars.”

David Alviar, also a former Rice rowing coach teamed up with Brian Krauskopf, a college football player and lifelong athlete. They rowed together in one shift. Until the race, Krauskopf, who manages Row Studios, had never been on a boat in the water.

“We got water from the ocean. We had a desalinator (required by race rules),” Krauskopf said. “Everything we bring with us, we have to take back. The only thing that goes overboard is our own personal human waste.”

Then there are the elements. The crew is usually tethered into the boat.

“It was cold at night time, blistering hot during the day," Krauskopf said. "You hit spats of storm day and night where you couldn’t see.”

At one point, the boat flipped 90 degrees.

“We rocked on an even plane. We did lose everything on deck. It was pretty common. You are facing 20- to 30-foot waves at the time," Krauskopf said.

There is a support boat for emergencies, but using it automatically disqualifies a team from the race. It is also typically a day's sail from any crew.

After 49 days at sea, the Houstonians rowed into harbor, setting two Guinness World Records. The American Oarsmen are the first and the fastest three-man crew to row across the Atlantic.

During the journey, the men lost a tremendous amount of weight. Matson lost 31 pounds. The planning, preparations, workouts and bulking up took three years.

Waiting in Antigua to greet the team were the mens’ families. Matson’s children and wife hugged him at the docks while David Alviar got down on one knee, not to kiss the ground, but to propose, to his longtime boyfriend, who said, "yes." The couple plans to marry in 2018.

WATCH: Man pops the question after traveling 3,000 miles in a rowboat 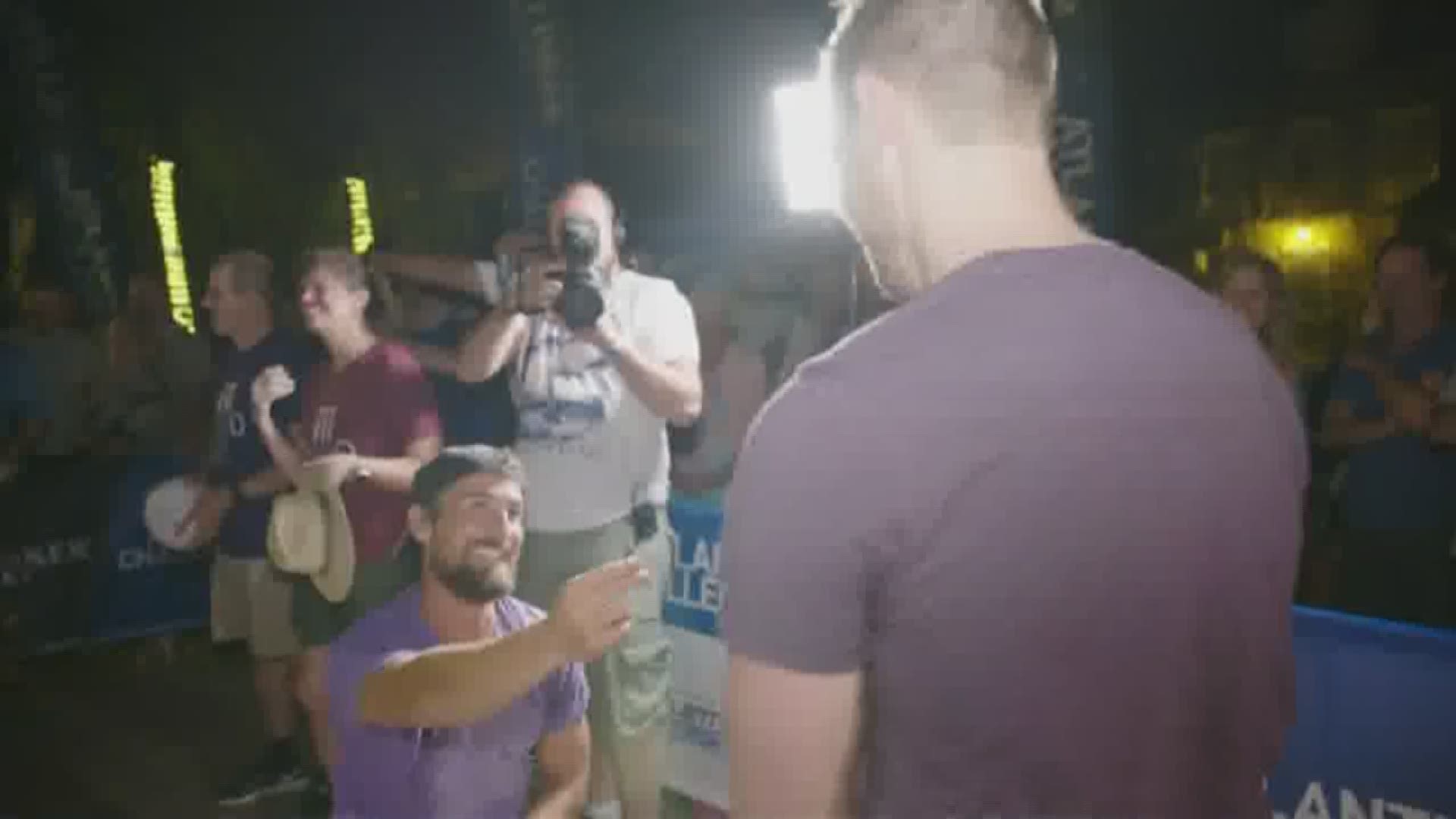 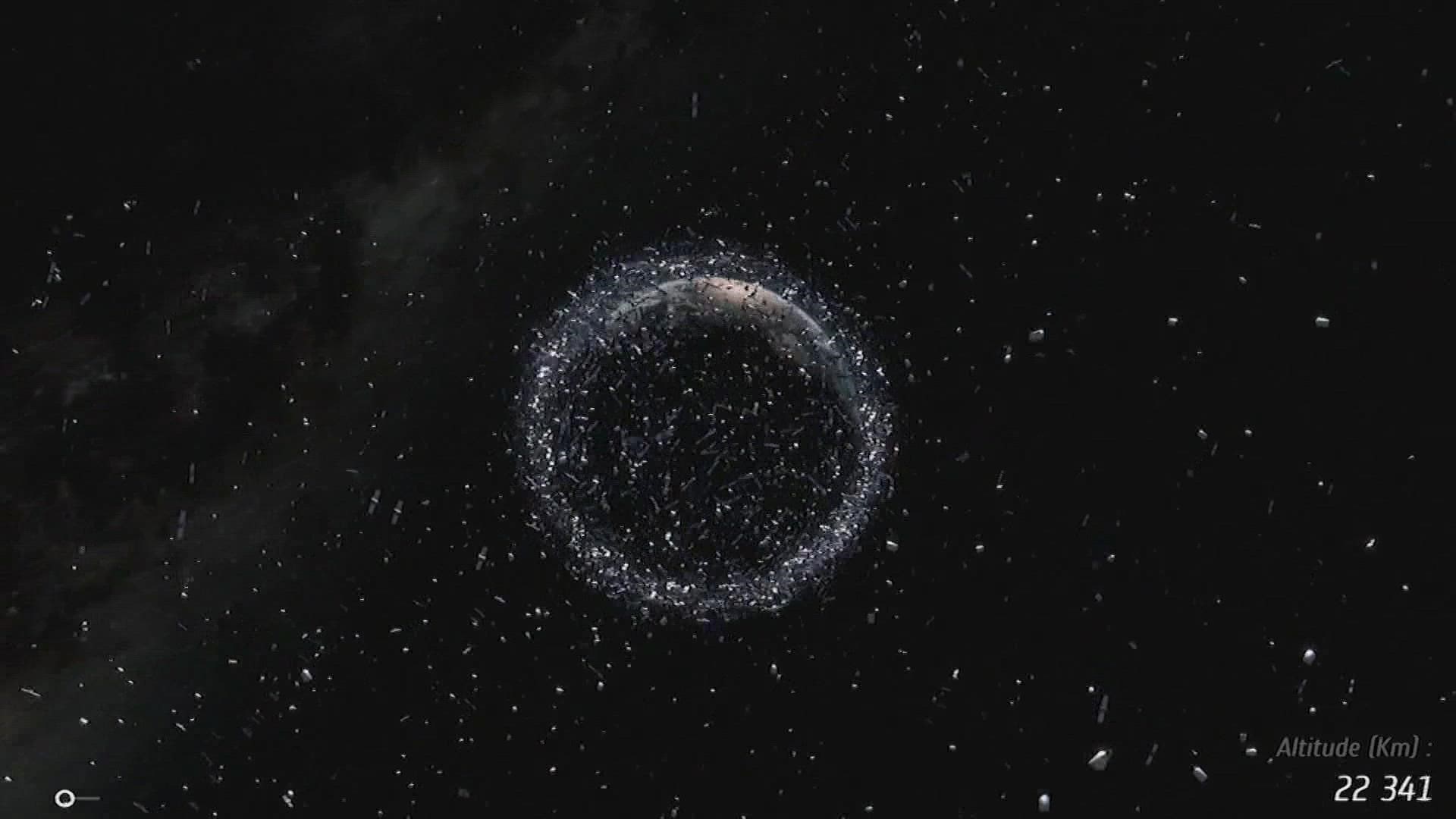