The bags, which went on sale Friday morning, are being offered to give back to Selena's fans as well as to the Selena Foundation. Proceeds will benefit the Boys and Girls Club of the Coastal Bend. 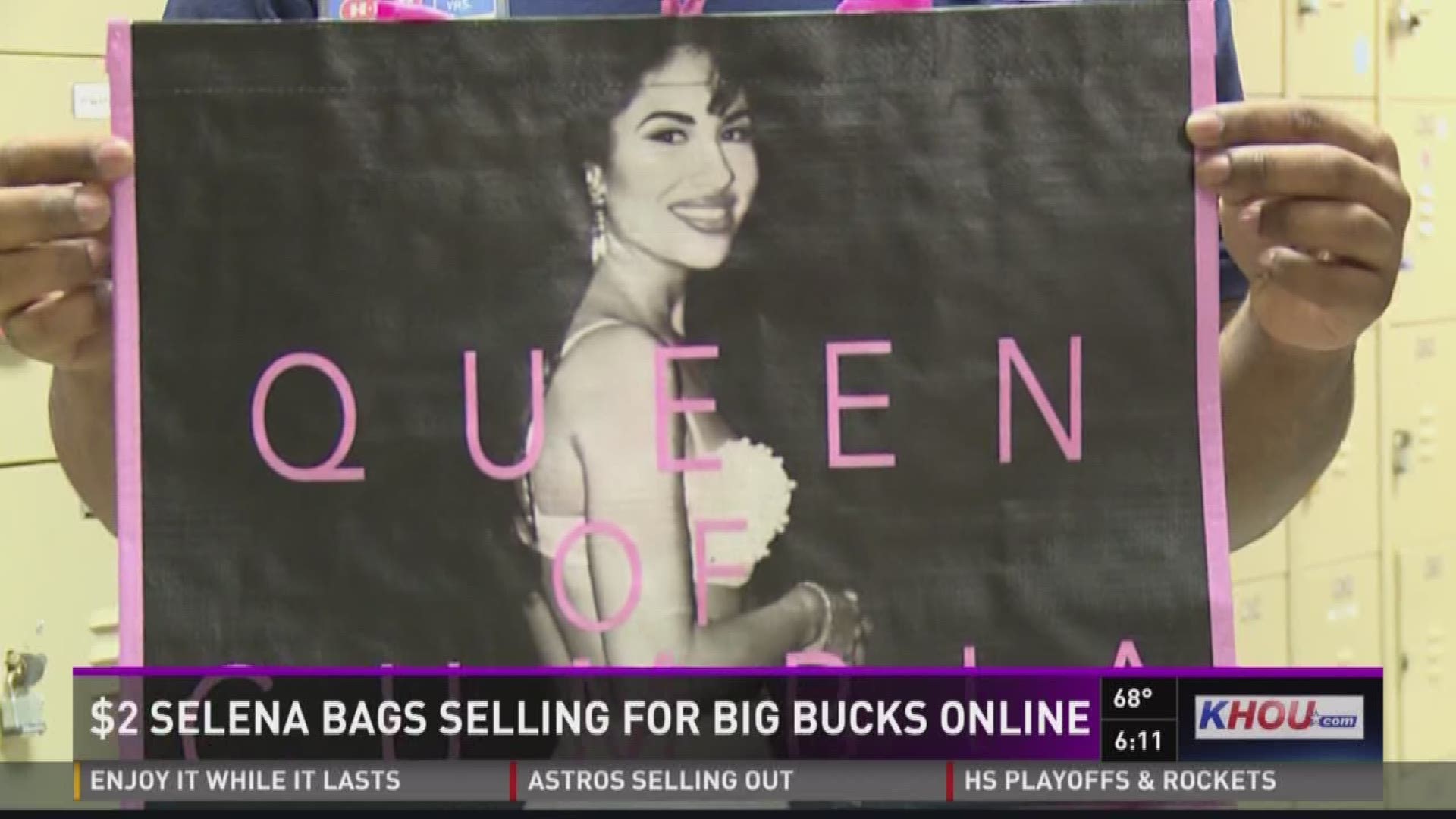 HOUSTON – The special edition Selena bags sold out at H-E-Bs and online by early Friday afternoon.

H-E-B announced the bags as part of a new exclusive partnership with the Selena Foundation to benefit charity.

The limited edition Selena-themed tote bags were available at select stores starting at 9 a.m. Friday and at noon on HEB.com. Unfortunately, so many Selena fans logged into the website, it crashed. When it finally came back up, the bags sold out quickly.

“Some people were in town for the rodeo,” said H-E-B employee Martin Felder. “Several customers said they were from the Valley area. And you know they stopped everything they were doing because they heard about these bags.”

H-E-B store manager Joey Haynes said Friday he'd never seen a craze like this one in all the years he's worked at H-E-B.

“Not in my 12 years with the company,” he said “We’ve had a lot of distinctive and limited promotions, but I’ve never seen anything like this.”

Selena’s sister helped unveil the bags at a Corpus Christi store in a video that was uploaded to YouTube.

She says the bags are being offered to give back to Selena’s fans as well as to the Selena Foundation. Proceeds will benefit the Boys and Girls Club of the Coastal Bend, Selena’s family says.

The are limited to two per customer.

Related: Selena's final performance was 23 years ago at RodeoHouston

As part of the announcement, H-E-B is donating $25,000 to the Selena Foundation.

They’re asking customers to show off their bags on social media using #SelenayHEB.