Nelson was greeted by cheers from the audience as he walked into the event at Austin’s Paramount Theater. 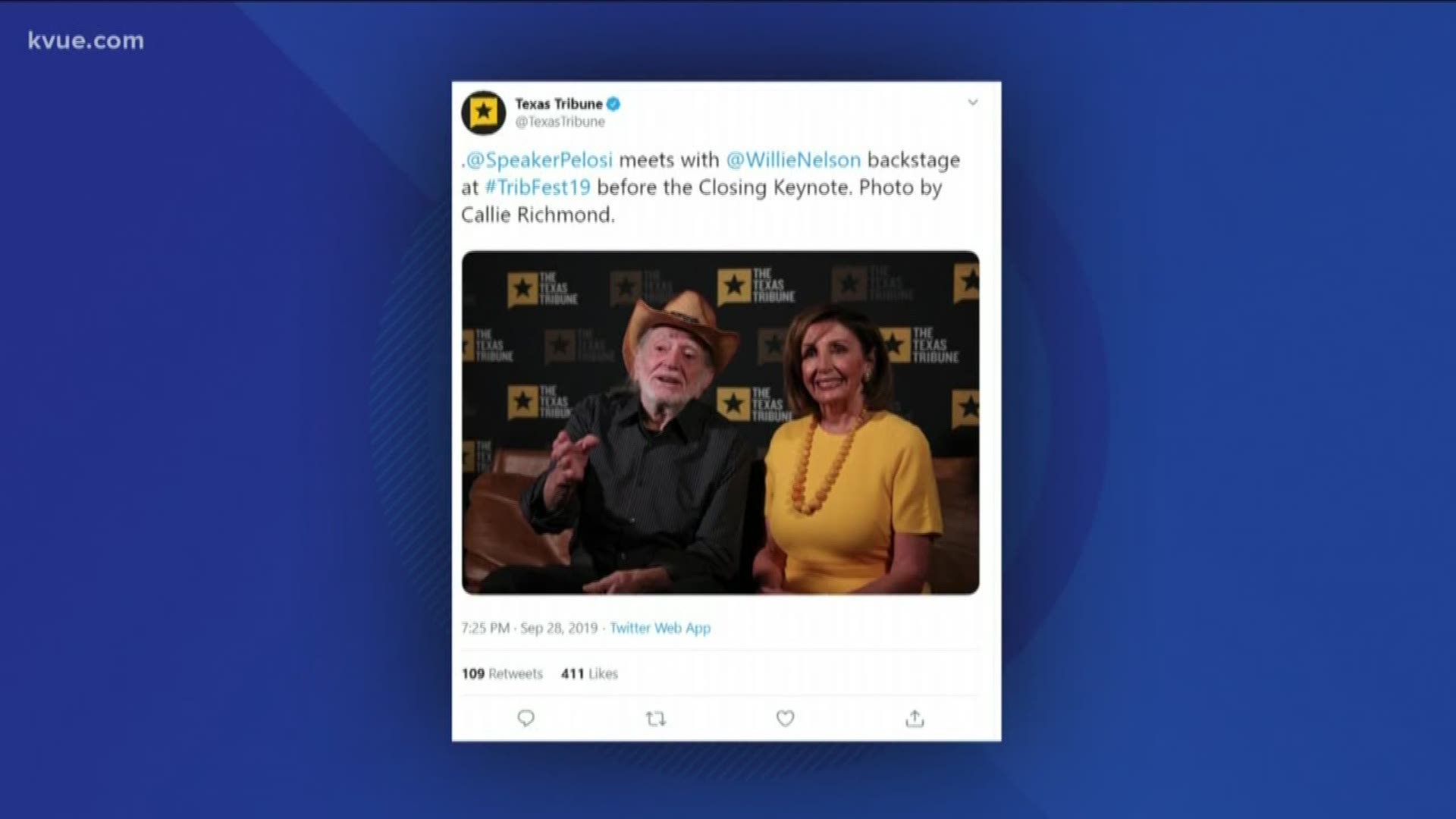 AUSTIN, Texas — Washington was in Austin this week for the annual Texas Tribune Festival, and on Saturday the three-day event ended with U.S. House Speaker Nancy Pelosi.

At the event, one very famous guest was spotted in the front row, Austin’s own Willie Nelson.

Nelson was greeted by cheers from the audience as he walked into the event at Austin’s Paramount Theater.

The Democratic lawmaker at one point name-dropped the popular singer, according to the Texas Tribune, saying, “Guess what? Willie Nelson’s here.”

Pelosi thanked the musician for his presence at the talk and said she hoped the arts could heal the country.

In her talk for the festival, Pelosi touched on several subjects, including the ongoing impeachment inquiry against President Donald Trump.